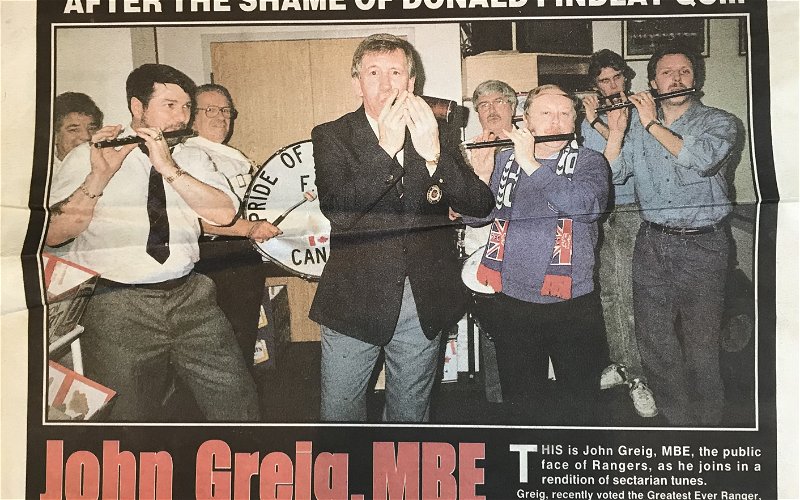 A vile incident which should never be forgotten or forgiven.

John had previously been at a North American Rangers Supporters Convention with the editor of the programme Terry McGeadie – John had joined a band playing at the convention, picked up a beer bottle and had a giggle by pretending to play the flute.  The witch-hunt ensued.

McGeadie took the pictures and when he subsequently fell out with Greigy did a deal with the Sunday Mail for the photos. 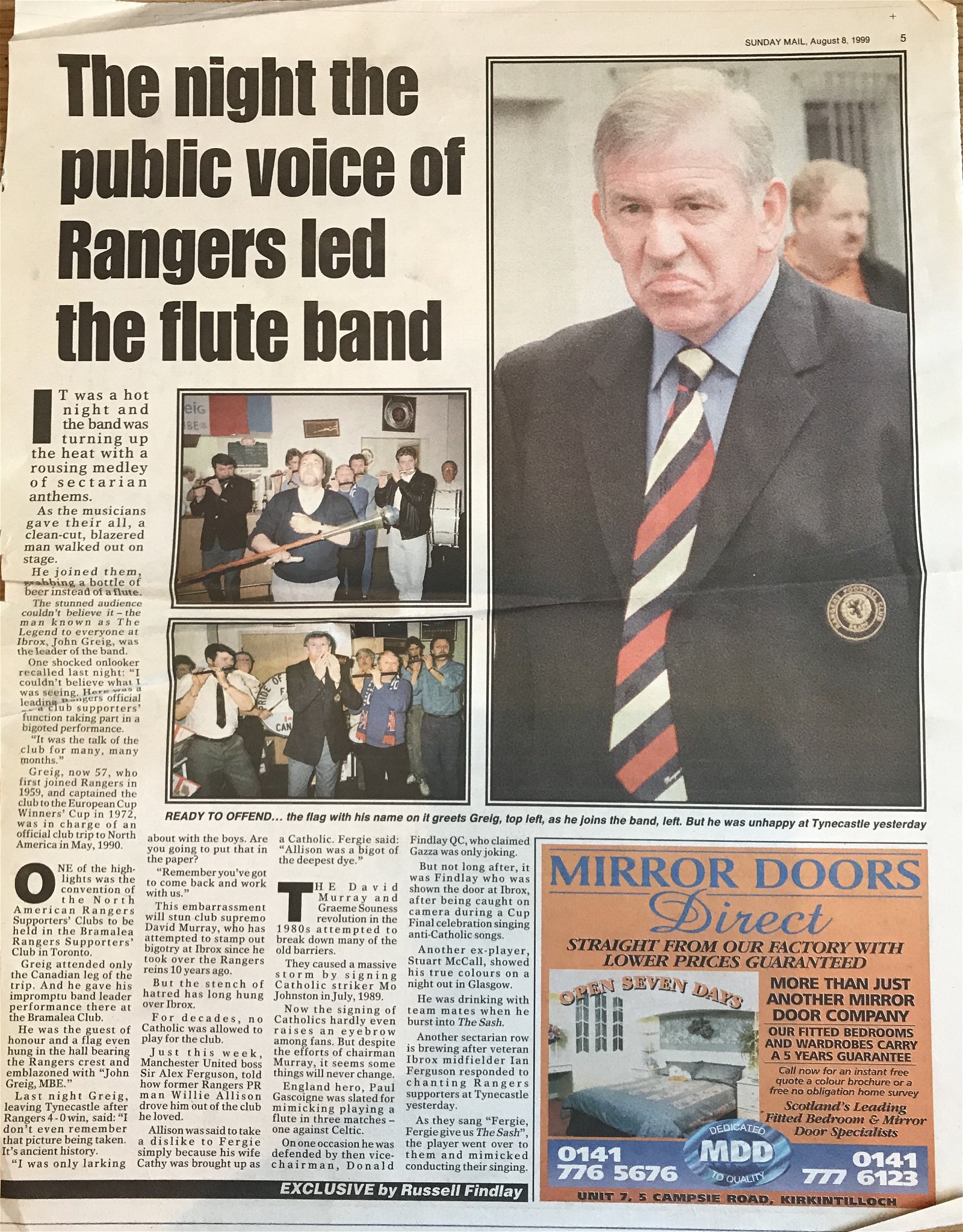 It shows the hatred that exists in those papers for any expression of popular Protestant culture – that any association with it means they think you can be hounded from your job.  A deeply sinister mode of behaviour.

This didn’t take place in a vacuum – this was shortly after Donald Findlay QC had been forced to resign.  The Record and Sunday Mail were moving at that time from being the great papers of the West of Scotland Labour-voting working class into the voice of the lumpen but they still had large circulations.  The papers had started to pander to a crude culture of bigotry, hate and caricature.

Happily, for once, David Murray stood firm and made it clear that John enjoyed the full support of the club and Board of Directors and the Sunday Mail were seen off.  If only that robust policy had been maintained over the last 20 years.