30 Years On Since Maurice Johnston signed for Rangers 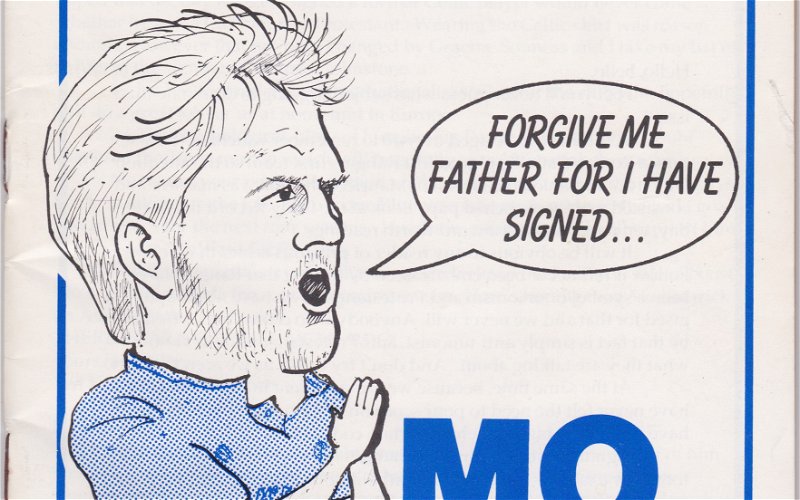 The 10th of July marks 30 years since that momentous day.

That morning I was off on holidays. My dad gave me the news – “You’ll never guess what Souness has done now?” I couldn’t. Heard it on the radio and went out to buy The Sun – but couldn’t get one in the local shops until I drove down to Byres Road.

I said then, and I’ll say it again – I think Souness and Maurice were pushing at an open door. With 30 years hindsight people may try the old “but Scotland was different then” – in terms of religion it wasn’t. It was already a highly secularised country.

The club had a policy which was unworkable if measured by religious adherence and which they couldn’t or didn’t want to measure by cultural norms – if the Church of Scotland had effectively given up on popular Protestantism how could a football club fight for it?

I’ve attached a set of around 60 clippings from the time of his signing – some before, some after. Some directly connected to Maurice and some just for general info, they were all in the one folder. Some are worth a read just to remind yourself of how detached from real life journalists actually are.

I was there when he took the field for the friendly in Airdrie – he was cheered to the echo. One of the papers the next day had the headline “WELCOMED!” Someone more paranoid than me might ask if they were disappointed.

I recall the day he scored against Celtic at Ibrox with that goal in the 89th (or was it the 90th?) minute. All day it was tense, my memory was that the game was played in a dark drizzle and when he scored there definitely was an edge to it – everyone was aware who scored it and it was like he had slain the Celtic dragon. My mate Jimmy Gordon and I sat together in the Main Stand and went mental!

I think the fact he was going to re-sign for Celtic is often overplayed – as if it ‘took the edge of it’ by making fools of them. I don’t think it would have been any different had he come to us from Partick Thistle or Nantes without the baggage of having previously been a Celtic player. The big point: he was a Catholic signing for Rangers.

There would be some surprises amongst my friends and acquaintances in their reactions to him signing – some of the guys I thought were the quietest and least into the religious/political aspects of the rivalry stayed away the longest. Not huge numbers of them – I would say four from our supporters bus stayed the course – but all came back once he left. A few more ranted and raved but they kept going. In general terms, attendances would rise after his transfer.

The goalposts moved – we had to sign IRISH ROMAN CATHOLICS with southern accents as they were the only ones that mattered. We signed Jon Daly and he got death threats from Celtic fans! The simple fact was – many Celtic fans simply didn’t and don’t want Rangers to sign Catholics, and it’s an ongoing hypocrisy. The hatred some of our critics have for Rangers is stronger than their love for anything else.

When he left it was not on good terms – his goals won us a championship – but no-one was bigger than Souness and that was the rock he floundered on. To give him credit, Mo has never come across as being bitter about it; if anything he’s been very complimentary in general about Rangers and Rangers fans.

He made a new life for himself in the States – the idea that he needs to ask forgiveness from Celtic fans has obviously never entered his head. He had horizons above the comprehension of the Celtic Neanderthals who attacked his stepfather in the street at that time.

I could go on and on. But I’ll finish by publishing the editorial I wrote in Follow Follow at the time. I think it made sense then, and I stand by it now. 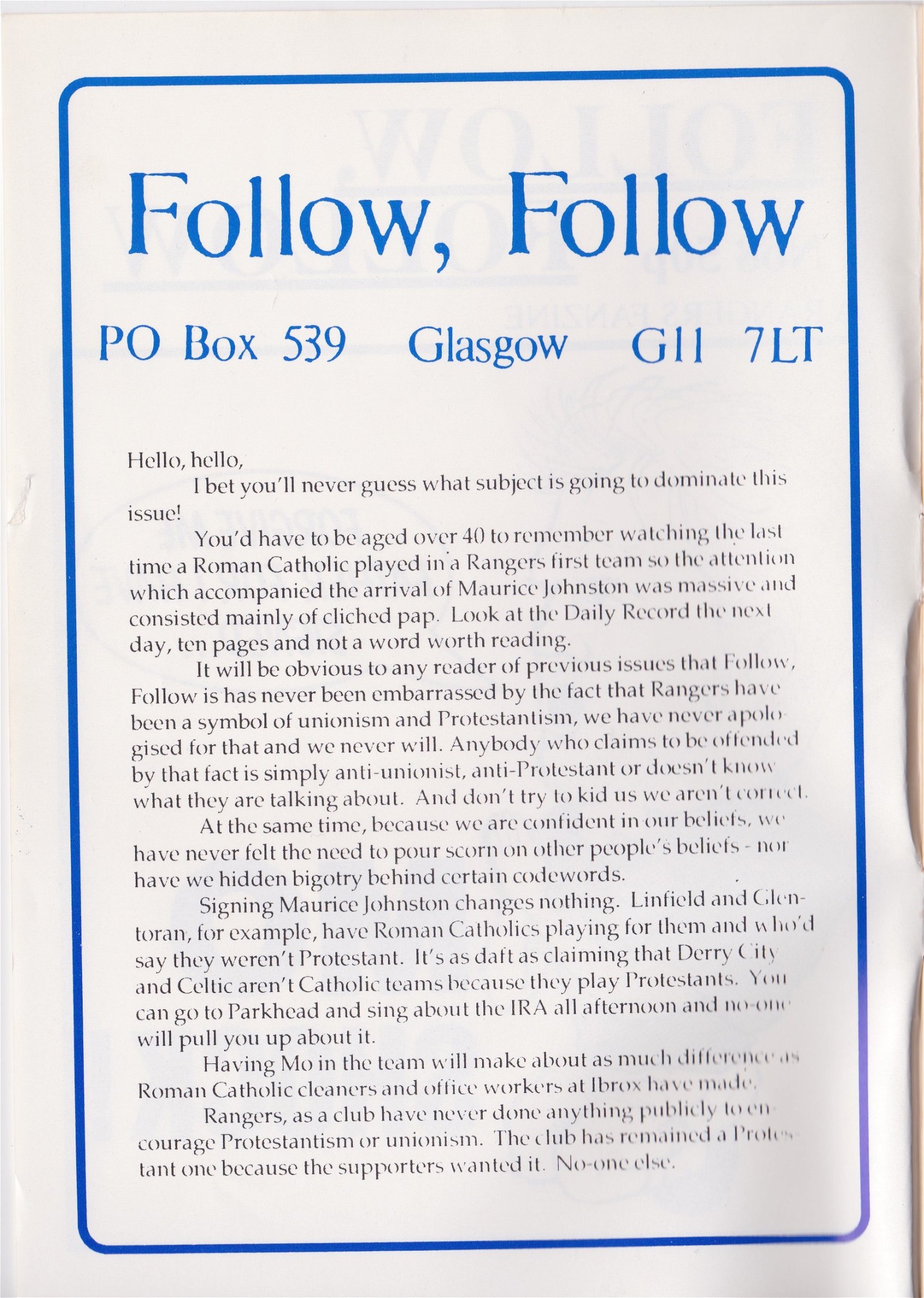 Over 60 newspaper cuttings about Maurice Johnston and associated events https://www.followfollow.com/forum/threads/over-60-newspaper-cuttings-about-maurice-johnston-and-associated-events.81134/