A Passionate Perspective – On Dortmund 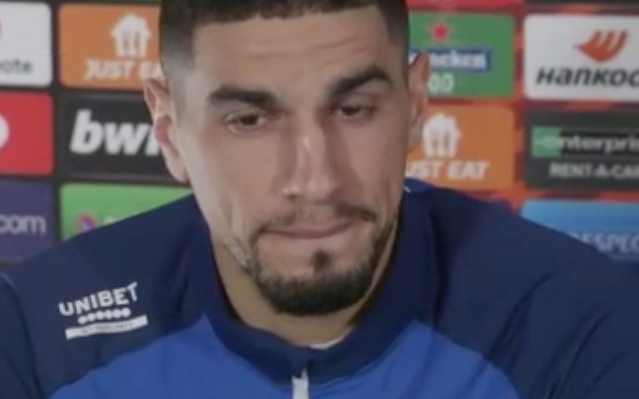 More dropped points. Just three points from four away games. The league is slipping away.

That’s a summary of some of the hype and hyperbole we’ve seen and heard since we battered Dundee United on Sunday yet mustered a 1-1 draw. Those type of comments sum up the over reaction we often see on social media these days, though. From the highest of highs last Thursday, you would have thought the wheels had burst on our title juggernaut when Bobby Madden tooted his whistle to bring proceedings to a close in Dundee. The facts, however, are that they haven’t, we’re still fighting on three fronts and the focus now turns to finishing what we started in Germany last week.

I don’t think I’m alone in still being in a state of disbelief that we went to Dortmund last week and scored four goals. And we threatened to score more too. For example, Joe Aribo’s fizzing shot only narrowly missed the far post, and our German opponents were shocked and rocked in equal measure. But their two counters mean that this tie is still alive as die Schwarzgelben (the black and yellow) bring their galaxy of stars to Glasgow.

Dortmund come into the game on the back of a mixed run of results domestically. They did fire six goals without reply at home to Borussia Monchengladbach at the weekend, but prior to that they had shipped 13 goals in six Bundesliga games. They’ve also lost heavily away from home in Europe this season too, going down 4-0 to Ajax and 3-1 to Sporting Lisbon in the Champions League. Their away form has been particularly patchy, winning just 50% of the games they’ve played away from their own stadium this season. Will this have a bearing on the match at Ibrox, though?

‘I don’t think it’s a big factor,’ admitted van Bronckhorst. ‘The team they have, international players, experienced, strong, a good coach, and they played really well at the weekend, so I think their confidence is good at the moment. [Dortmund] is also a team that knows what is needed to perform. But we gave ourselves a good position. We know their strengths and we know their weaknesses. And with the backing of our fans tomorrow on another beautiful European night at Ibrox, we have to make sure we do everything to go to the next round and make sure the performance of last week we can continue tomorrow.’

The continued absence of Erling Haaland may well be a factor too. The Norwegian superstar has netted 23 goals in 20 appearances this season but has missed nine league games and three in the Champions League with hip flexor issues and muscular problems. In terms of the best of the rest, Marcos Reus has 13 in 33 appearances. After that you’re into single figures with Donyell Malen on seven and Jude Bellingham one of four players on five goals for the season.

But what does the absence of Haaland mean to the Rangers players? When asked if Haaland missing out was bonus, Leon Balogun, who I expect to come into the side alongside Connor Goldson with Calvin Bassey moving to left back, said: ‘Yes and no. In these competitions you want to compete against the best and I think he is one of the best at the moment. From that perspective, it’s a sad thing, but if you look at what he means to Dortmund then it is surely a disadvantage to them and will weaken them up front a little bit. But they have got enough to compensate, although maybe not at the same level. So, its mixed feelings, but I’m definitely not going to complain about it.’

Rangers have faced Dortmund on a few occasions in European competition. En-route to Nuremburg in 1967, we won 2-1 at Ibrox and drew 0-0 away from home. There was also a superb 2-0 aggregate win in 1982.  In season 1995/96, there was a couple of 2-2 draws in Champions League Group C, and there was also a meeting in the UEFA Cup in 1999. Gio was asked about his memories this one, and that occasion illustrates how precarious a two-goal advantage is at this level.

We scored one of our greatest-ever European goals at Ibrox – the diminutive Rod Wallace applying the finishing touch to an incisive move featuring 20 passes – and travelled to Germany 2-0 up. And although we lost a goal after 28 minutes in Dortmund, we looked to be holding on to make the next round until goalkeeper Jens Lehman came forward and caused havoc in the last minute. He took a swipe at the ball, and it broke kindly for Fredi Bobic inside the six-yard box, and he scored to force extra-time. The match went to penalties, and we missed three of the four we took. One of the players who failed to score was our current manager.

‘We played really well at home but had a really difficult game away in Dortmund against a top side,’ recalled van Bronckhorst. ‘We conceded the second goal [in Germany] late into the game and lost with penalties. Again, it was a good performance for us but now we have done it the other way around – we won with two goals difference away – and we know we can be very strong at home. But once we have the same intensions, mentality and determination that we had last week then we can have a good performance as well and a great result.’

The tactical approach therefore is key in this one. Will Gio elect to sit tight and hit on the break, or go for a goal that will effectively kill the tie?

‘We played really well [last week] and made sure at moments that we pressed them high,’ said van Bronckhorst. ‘I think they have a better view of how strong we are as a team, and myself also, I have a better view of their way of playing, so I don’t think we have any secrets anymore. It’s going to be a very exciting game. It’s a game that you want to play, one that you want to coach.’

He continued, ‘Sitting deep, I think sometimes you get in moments and positions in some games when you have to, but what we did last week was press them a little bit higher, tried to win the ball and be dangerous. To begin the game and sit deep, I don’t think that is in our system, so we have to avoid it.’

Eight years ago this week, Rangers faced Stenhousemuir at Ibrox in League One. The game ended in a 3-3 draw. If any doubters among the Rangers support needed a sense of perspective and a reality check then it’s that.

The road prior to that and since has been long with myriad winding turns, but they’ve led us to here, a chance to knockout a European heavyweight at our stadium. Rangers are ready.

It’s going to be some night as the battle for supremacy at home and in Europe continues.