A Saturday trip to Cambuslang Rangers 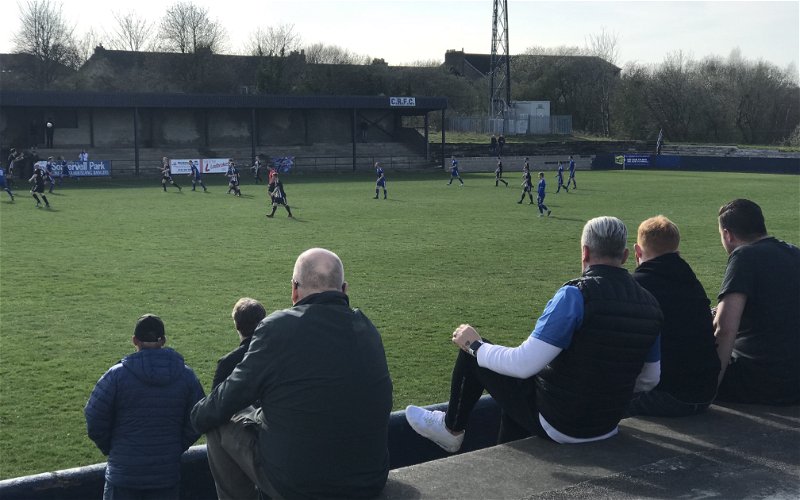 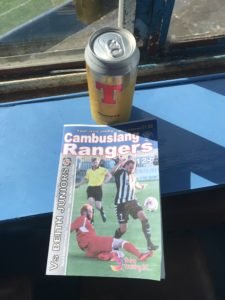 The Junior club Cambuslang Rangers have undergone some trials and tribulations this season but local diehards have rallied around and saved the club.   They are looking forward to a decent end to the season and rebuild over the summer.

Non-Scots will need to educate themselves on the concept of “junior football” in Scotland!

The way Junior fixtures are issued means the club now have a string of home matches before the end of the season and if you have a spare Saturday they’d be delighted to see you.

They sadly lost 3-0 at home in Somerville Park on Saturday to league leaders Beith – 1-0 at half time.  A well-worked second half header and a penalty didn’t really reflect a decent second half Cambuslang performance. 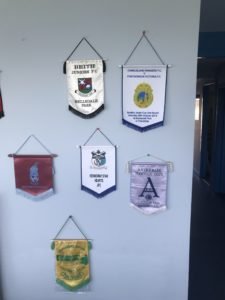 Committee Rooms we have known.

Cambuslang Rangers used to be a power in the Junior world – their early 1970s side being described at the Junior Team Of The Century.  On Saturday I had the pleasure to meet and chat with their legendary manager of that  time – Davie McLagan, now a spritely and highly entertaining conversationalist at the age of 90! 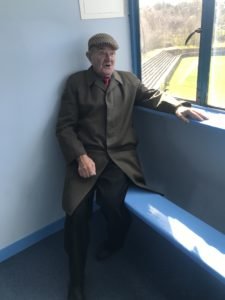 Somvervell  Park is across the road from Cambuslang train station and adult admission is just £6 for adults.  A couple of hundred took in the Beith game and included a decent contingent up from Ayrshire. 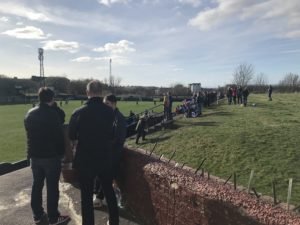 Keep up to date with fixtures on their Facebook page – https://www.facebook.com/cambygers1899/

New Chairman David Kerr took some time out of a busy Saturday to give us an update and is interviewed on this link – https://www.youtube.com/watch?v=fWI6rKchL6A&t=7s