A Season On The Brink 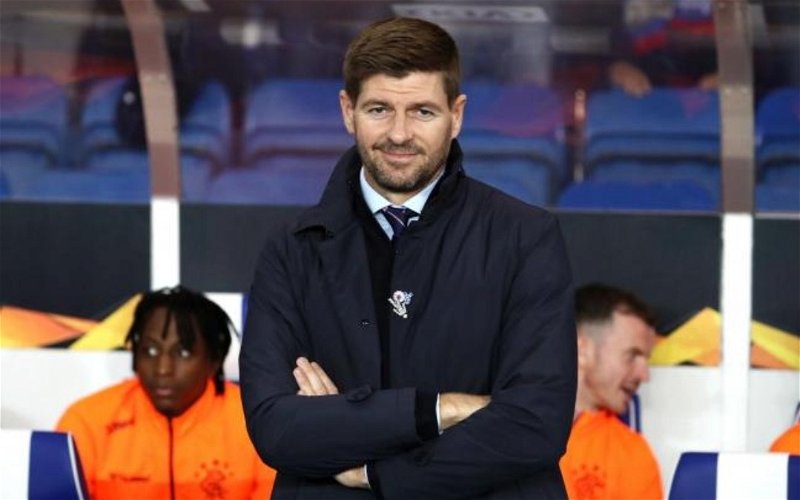 Season 2020/21. The objective is clear, it is simply to regain the Scottish Premiership title. There is no middle ground as ever, but this time it is a seminal period for Steven Gerrard’s Rangers. This is a season on the brink, with either further despair and deeper dejection ahead in the event that we fail or we could be in the midst of an expectedly bumpy ride that will culminate in joy, relief and pure exhilaration if the league flag comes home. Whatever the outcome that lies ahead, the emotion and feeling is already palpable.

All of this is set against the backdrop of Covid-19 and its devastation to normality as we knew it. Football is hurting too, of course. At Rangers, club and fans, we are no different. The stands should be full, as should the pubs and the streets on matchday at Ibrox but the ‘new normal’ dictates otherwise. At the time of writing, there are plans for a fan test event at our next home game v Dundee United but the incumbent Scottish administration led by Sturgeon may decide otherwise over the coming days.

In these strange times that we are living in, there has been a bitter-sweet taste of normality in the form of the first international break of the new season. The situation doesn’t change, a long fortnight of wilderness in which domestic football takes a back seat whilst many fans look on at their national team’s game with the feelings ranging from passing interest, to indifference and in some cases, contempt.

Usually, by the end of August, a handful of league games would have been complemented by the conclusion of European qualifiers and the draw for the group stages. The trips would be booked, the plans would be set, but not this time as we’re only getting started and the stadiums are closed to fans.

September has arrived, so let’s look at our domestic season so far and take stock.

Sitting pretty at the top of the table is a good look that we must maintain, although the indiscretions over at Parkhead has meant that our rivals are two games behind us at this stage.

In the season opener at Aberdeen, the win was essential in a game that was more comfortable than the scoreline suggests. Our three home games to date have been uninspiring, yet routine and trouble free. This brings a strange comfort to some extent, as it generally means we’re doing fine. Our most recent game, away to Hamilton threatened to provide our best performance of the campaign, so far. In spells, the team were inspired and incisive. Two goals in quick succession suggested an emphatic scoreline was in store. It was two-nil going on six but somehow, we contrived to not add to our tally despite total dominance and the glaring chances that were created in the second half.

The outlier was, of course, our trip to West Lothian. Two points were dropped against Livingston in a very frustrating game in which our team did not do enough, for most of the duration. Borna Barišić had a late free kick tipped on to the bar and a few other chances were squandered in the stalemate.

The reaction to this game was significant, social media and Twitter in particular was scathing in criticism. It wasn’t good enough on the pitch and much of the flak was merited, but from some quarters, the response was over the top. At the time and especially in hindsight, this is just another example of the high stakes in play this season and the desperation for success. Whilst a fear of losing, especially this season, is healthy, that has to be tempered with a realisation that we are not going to win every game.

Despite that, the pattern of not taking full advantage of other team’s vulnerability and the disruption to unbeaten runs must be ended and a single minded ruthlessness must prevail if we are to deliver a 55th league title.

Europa League group stage football is important for the club, with the obvious much needed income that comes with it. Crowds and gate receipts are unknown for the foreseeable, but the stage and status of regular European football for a club like ours, is required. In a couple of weeks we are set to face Lincoln Red Imps. Expected progression will see another game away from home in the Third qualifying round, lying in wait will be either Progres, yes them again, or Willem II of The Netherlands. The one tie situation to the qualifiers this term, brings a different dynamic that we will need to adjust to. The potential Playoff round opponents will be known before the Third round games have been played but first things first, under the Rock of Gibraltar.

As important as the European campaign is, in football and financial terms, this time it is secondary. Our domestic season simply matters more. Silverware is imperative and the Premiership has to be the main priority. The League Cup final disappointment created turbulence last year and that can’t be repeated. Success breeds success as the cliche goes. Winning the League Cup doesn’t mean winning the league title but it’s a good place to start and it is the first chance we will have to stop the rot, this time around.

Just over nine years have passed since our last major success, when the league was won on a dramatic last day at Kilmarnock. The existing trophy drought has been too long for Rangers Football Club. We need new heroes, a new story and new memories. The onus and expectation is on Gerrard and his squad to ensure that we are on the brink of glory.