A tour of the Stade De Suisse – The Wankdorf Stadium 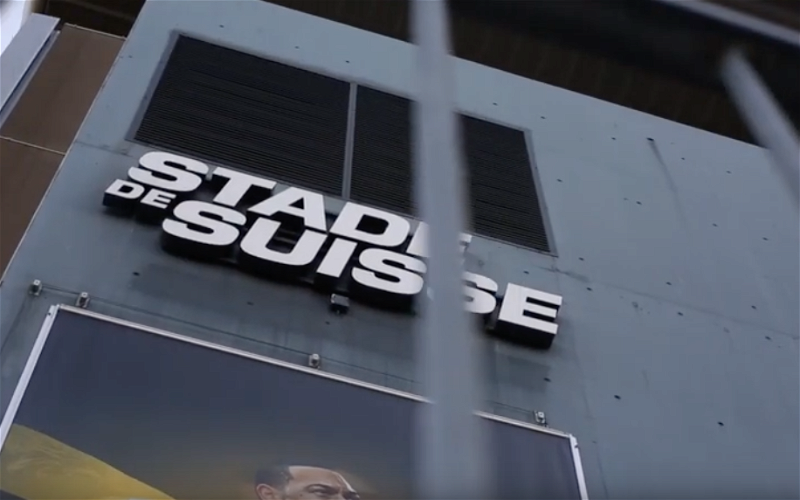 The Wankdof has long been the world’s most amusingly-named football ground for those of us who are English-speakers!

Built in 1925 it would host the world Cup Final in 1954 which saw the “Miracle Of Bern” when the Germans beat the Hungarians 3-2.  The famous clock showing that result was taken down when the old stadium was developed and now stands in a pedestrianised area outside the new ground – on the other side of it there’s the time and score when Young Boys beat Lucerne to win the league for the first time in 32 years.

The old Wankdorf was re-developed in the early 2000s and reopened in 2005.

It’s a rectangular box – roads run along the west and east ends – the south end has the main stand which is very like the Rapid Vienna one – full of hospitality areas, directors box and a huge press area.  On the northside there is a small athletics stadium – but it’s not the one where Rangers Youths will play in the UEFA Youth League – that will take place in the Sportpark Wyler which is a couple of kilometres away from the Stade De Suisse.

There’s a shopping centre built underneath the stadium with additional shops and offices housed under the stands but facing onto the walkways and roads.  There’s also the “11” restaurant where staff, players and families can often be seen socialising.

There’s also a surprisingly small club shop at the entrance to the underground shopping centre.

The capacity is 32,000 and around 26,000 season tickets have been sold in recent years.   Five or six of their fan groups came together to form the “Ost Curva” behind one of the goals for fan displays – although they maintain different identities the groups come together inside the stadium.

The away section is in the corner of B section which is at the opposite end from the Ost Curva.  When Everton visited they became one of the few teams to fill the whole of the away end rather than just the corner.

The pitch is plastic – but Young Boys fans swear blind that all the studies show it is no help to them and doesn’t effect the results.

The stadium is very easy to access – when you come out of the Wankdorf train station you can see the away end of the ground, not even a five minute walk.

The train station also acts as terminus for bus and tram services – and the trams stop outside the Ost Curva too. 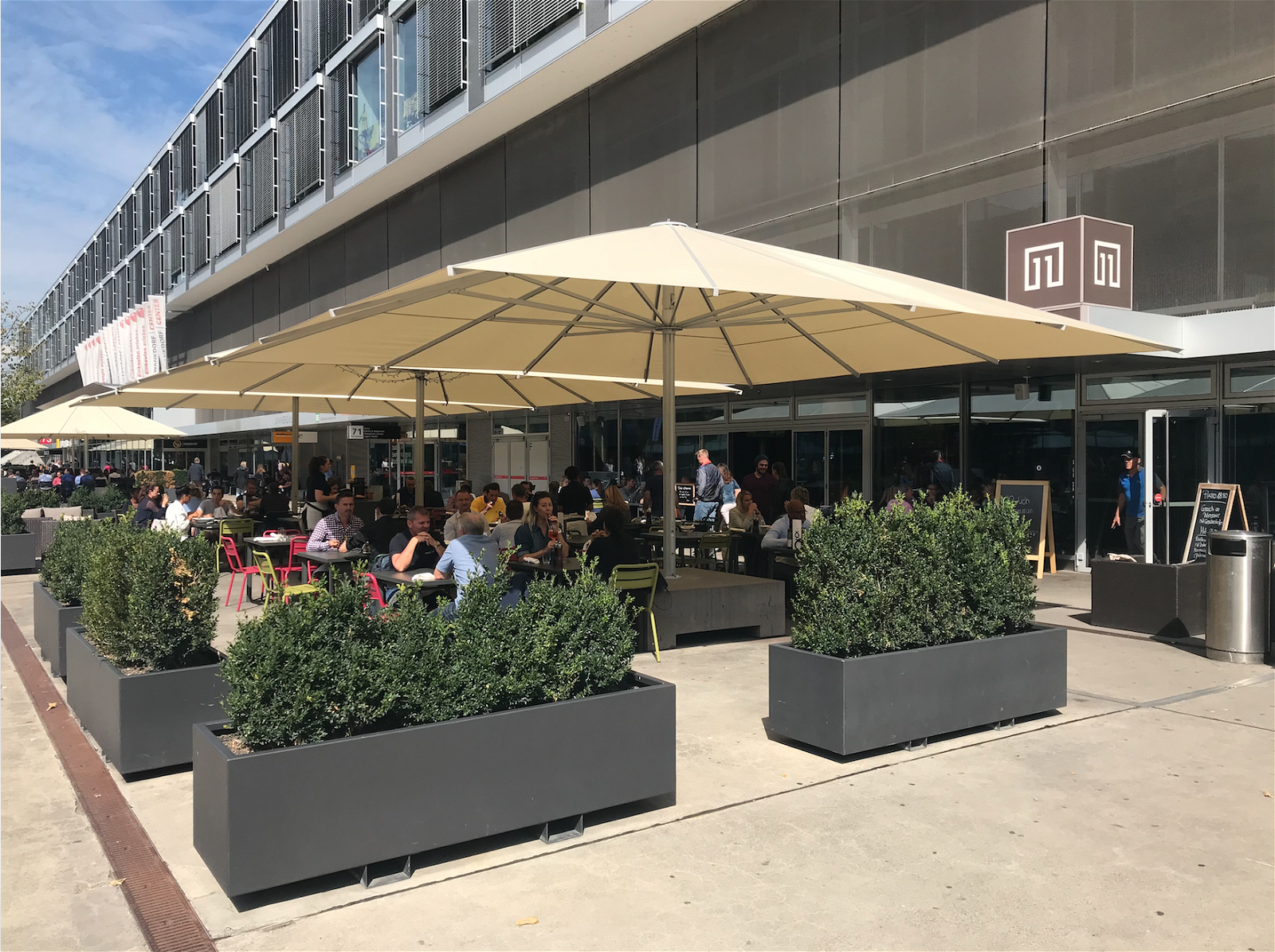 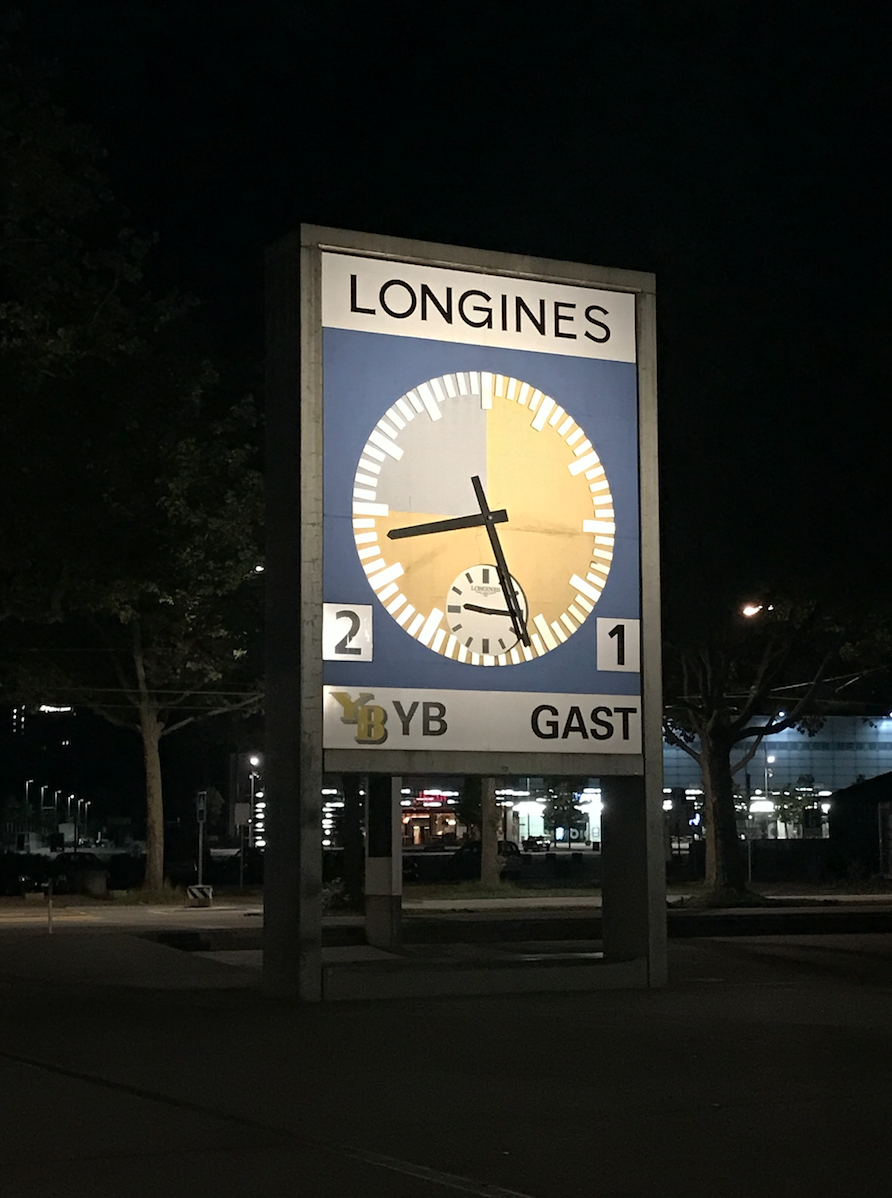 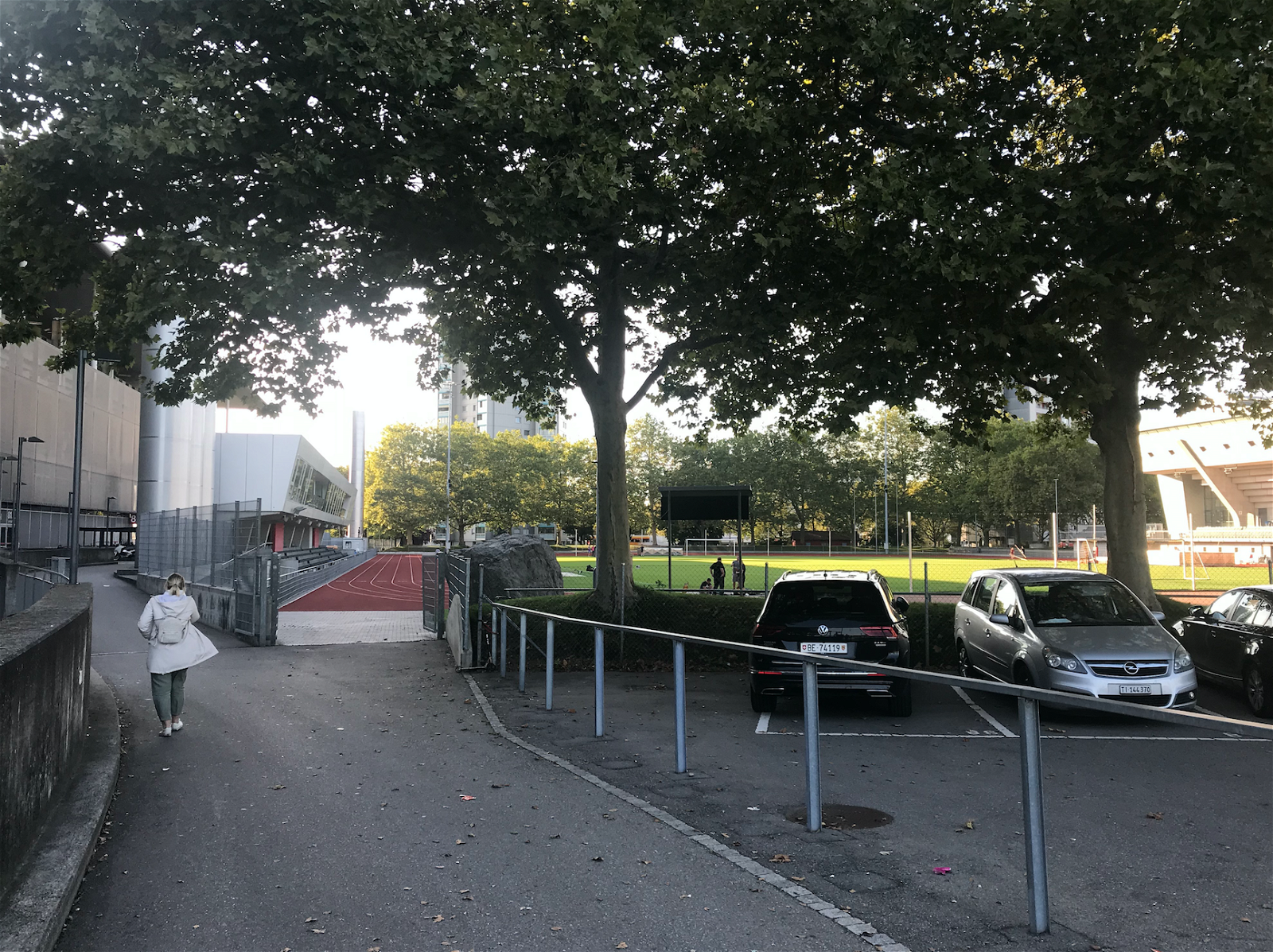 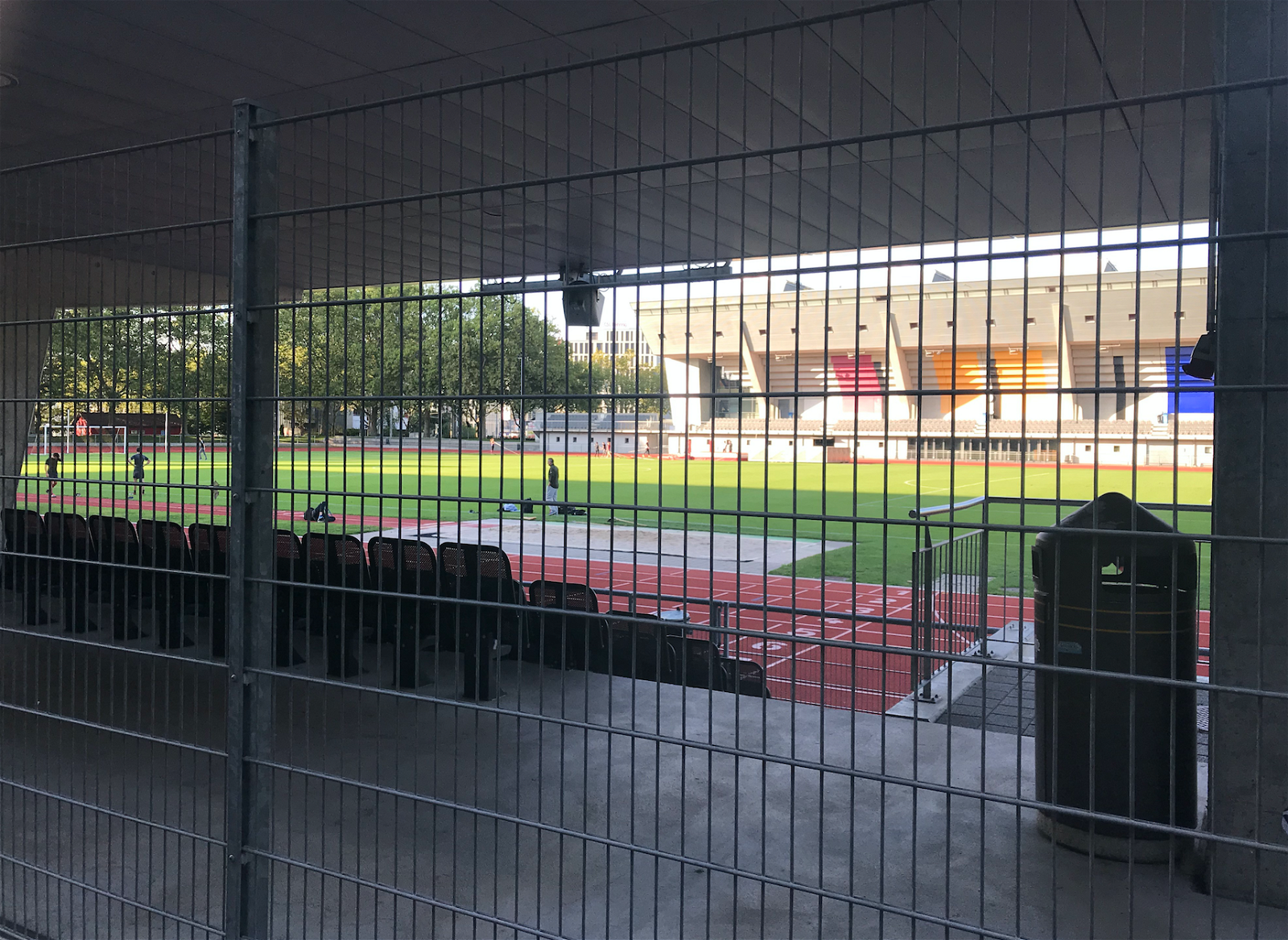 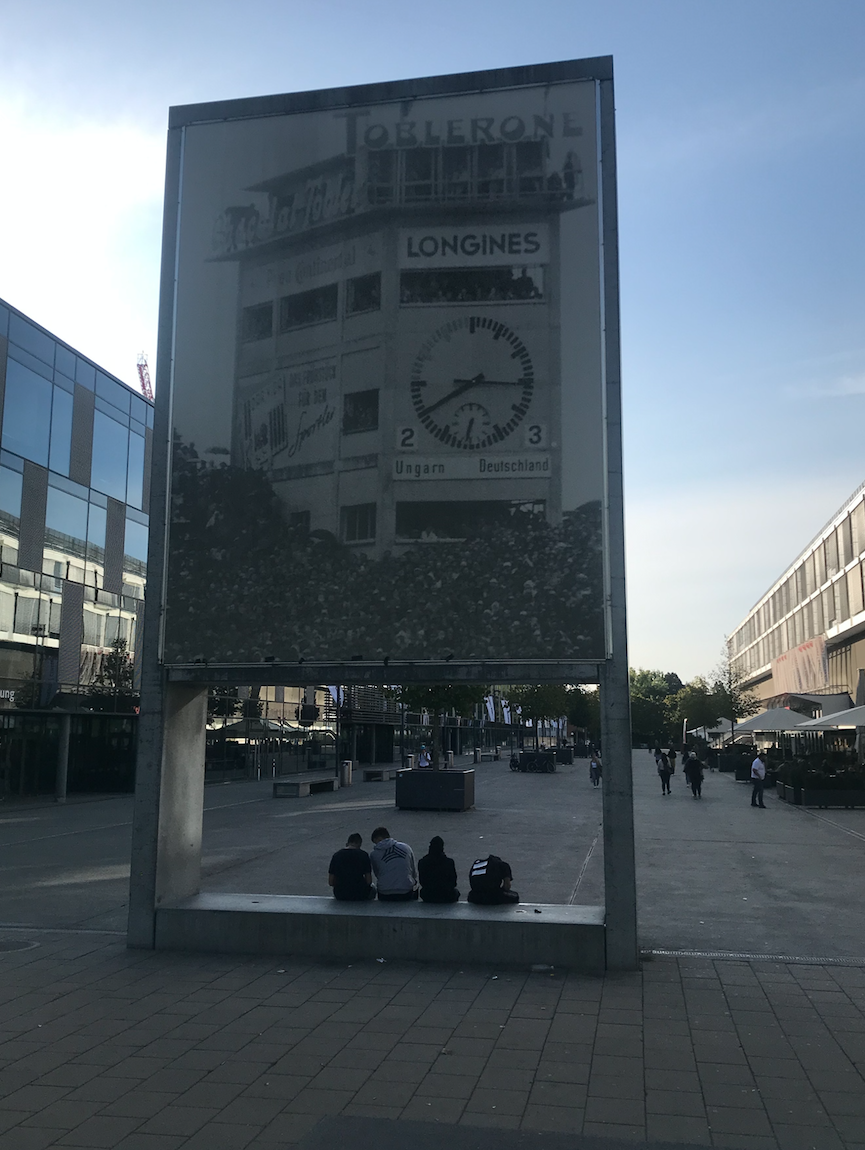 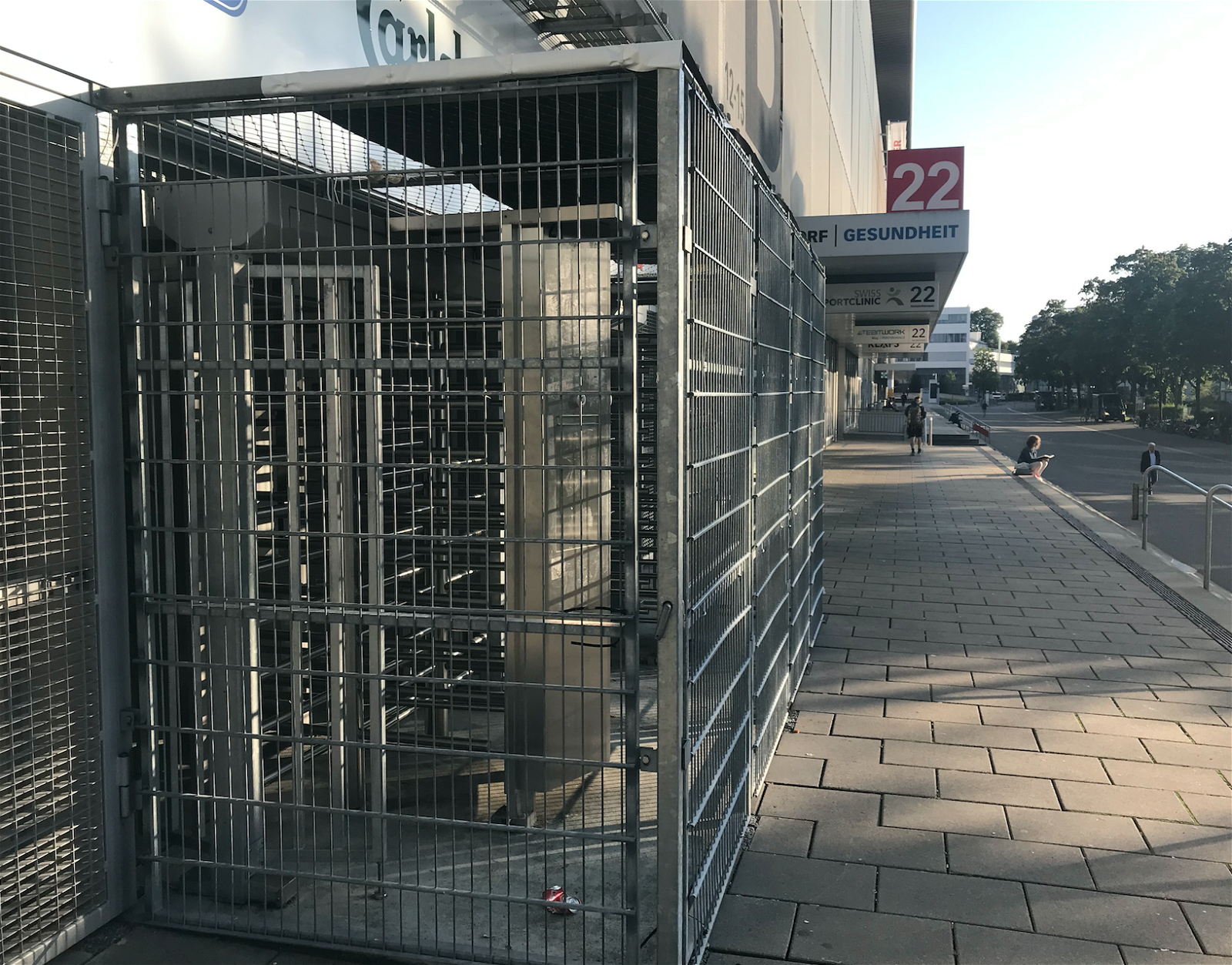 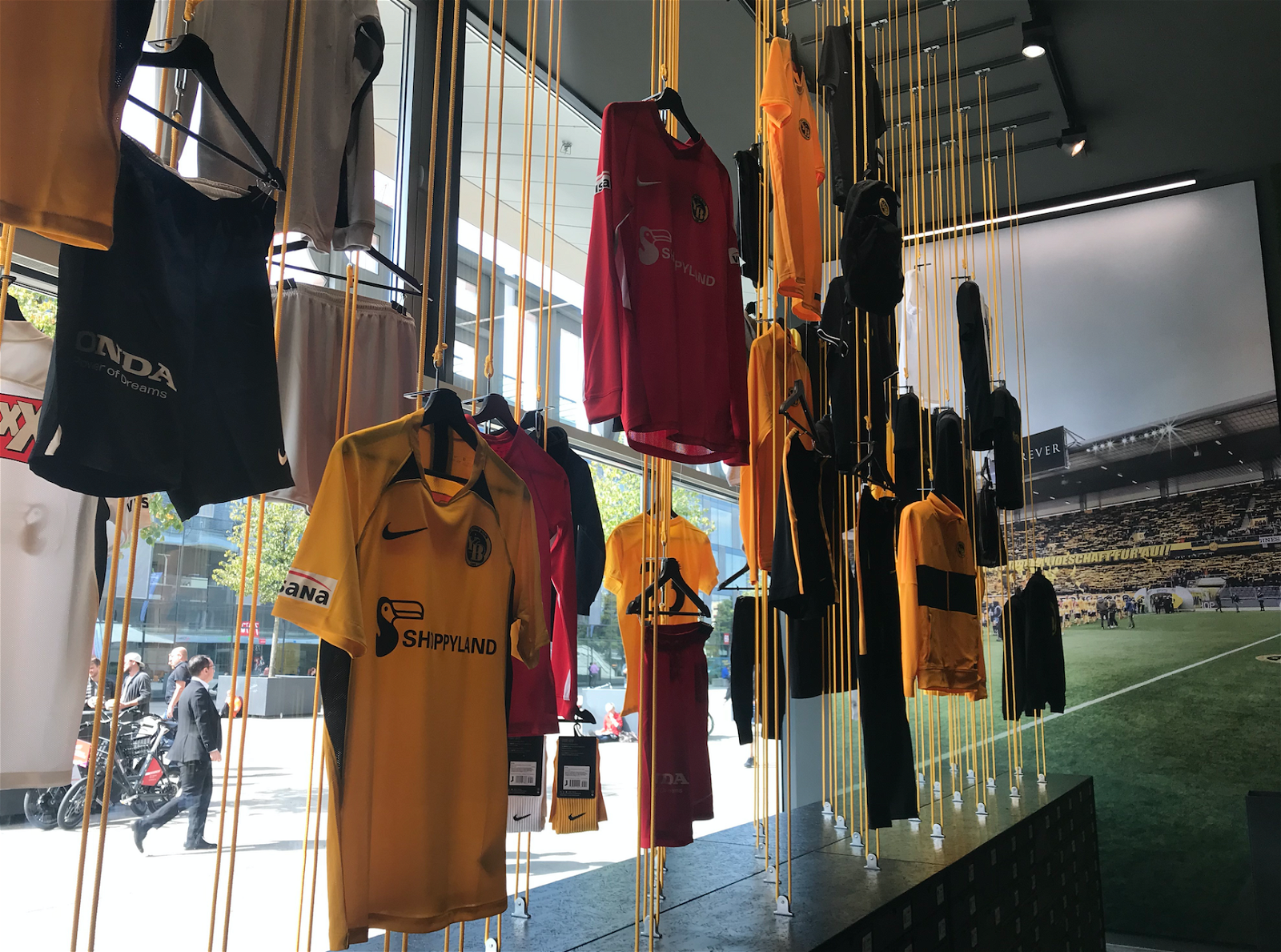 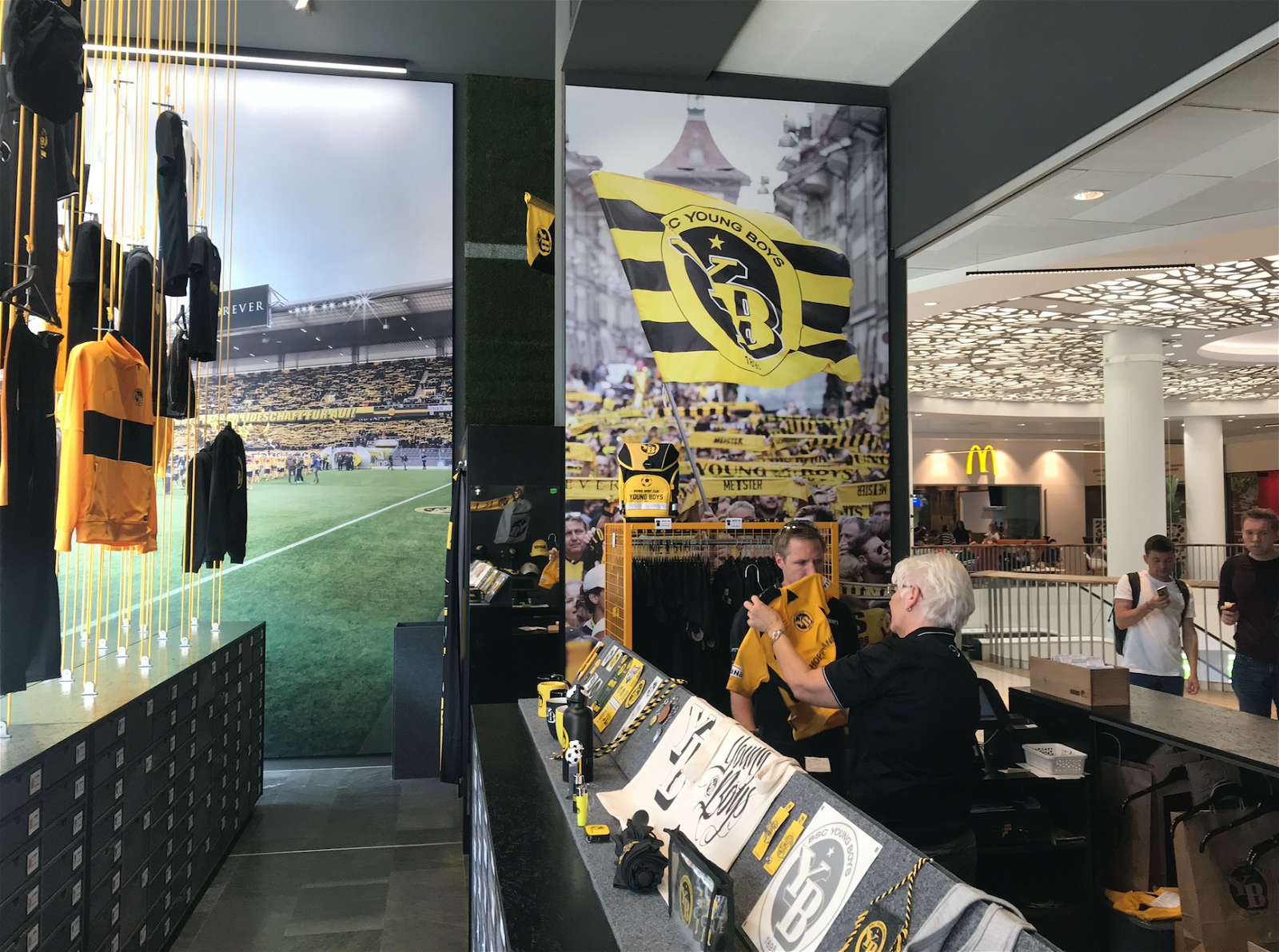 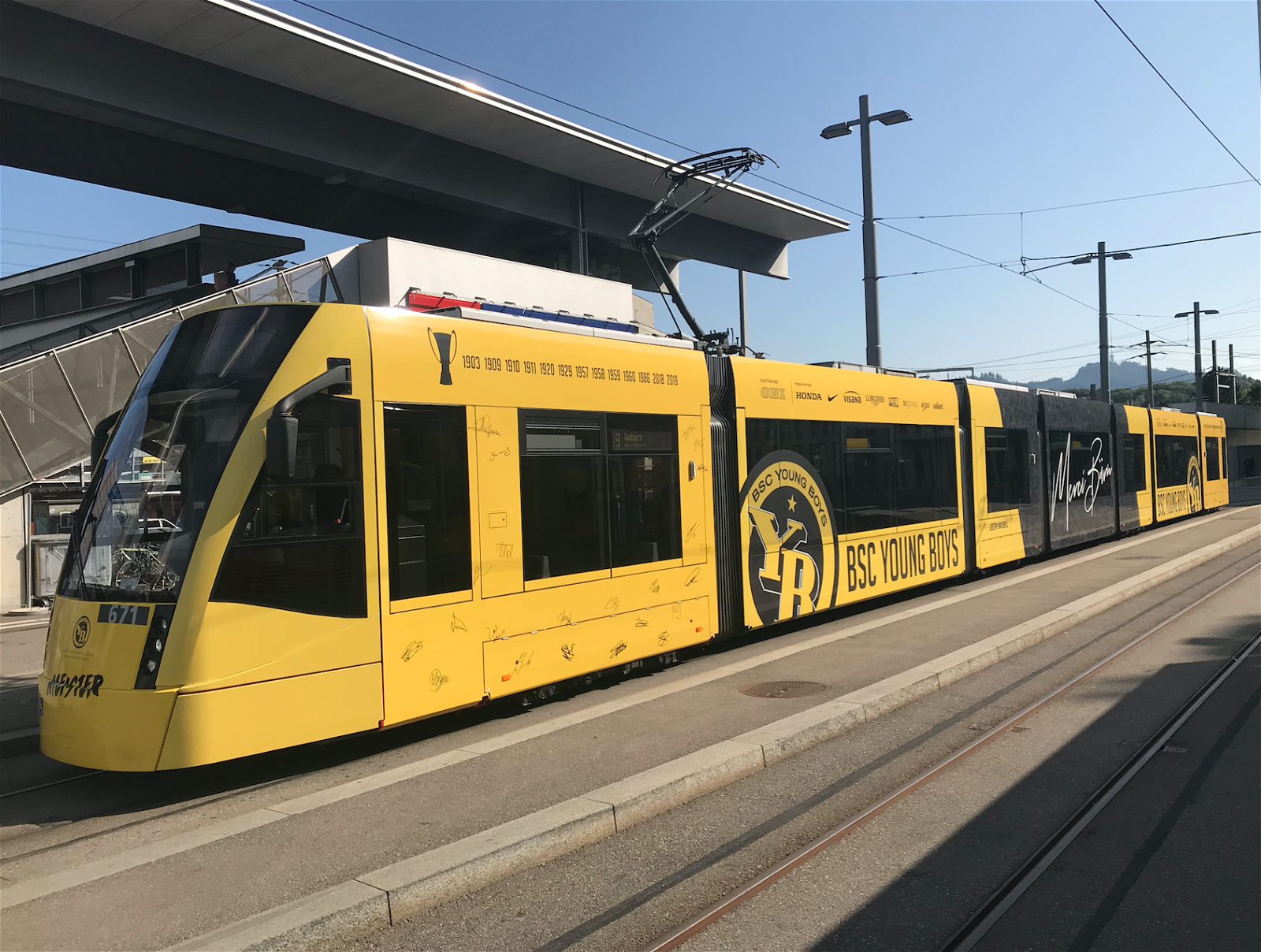 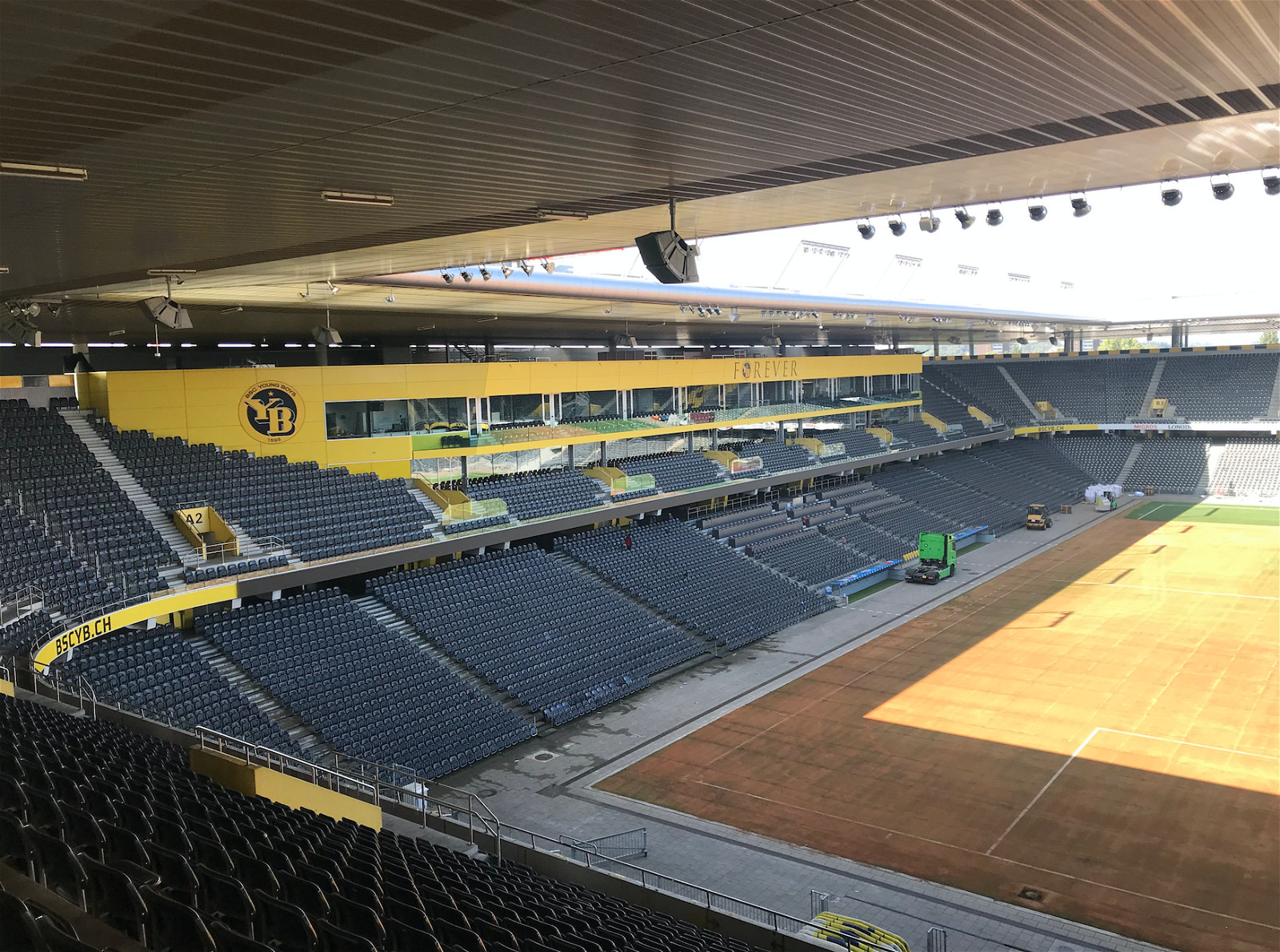 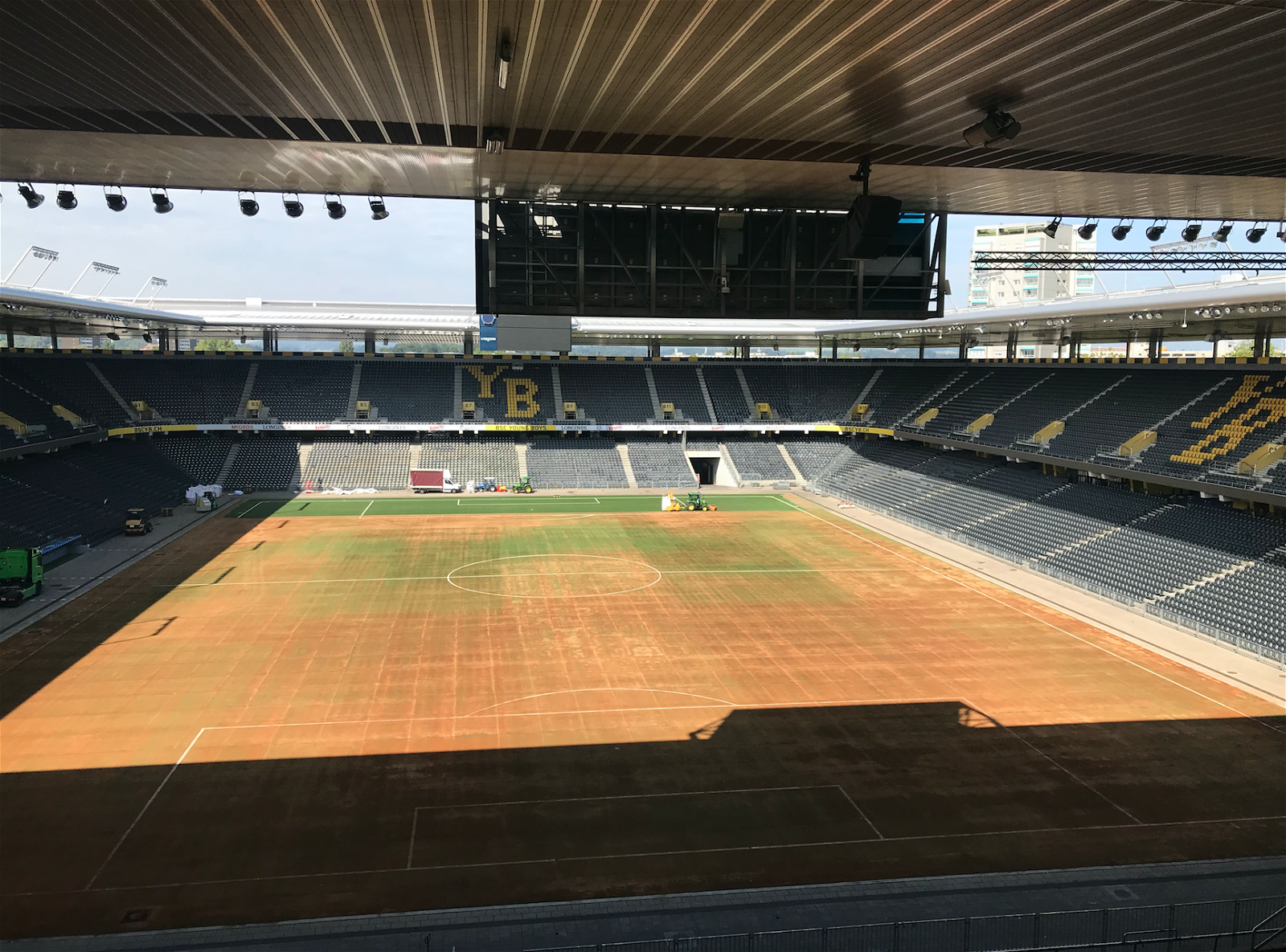 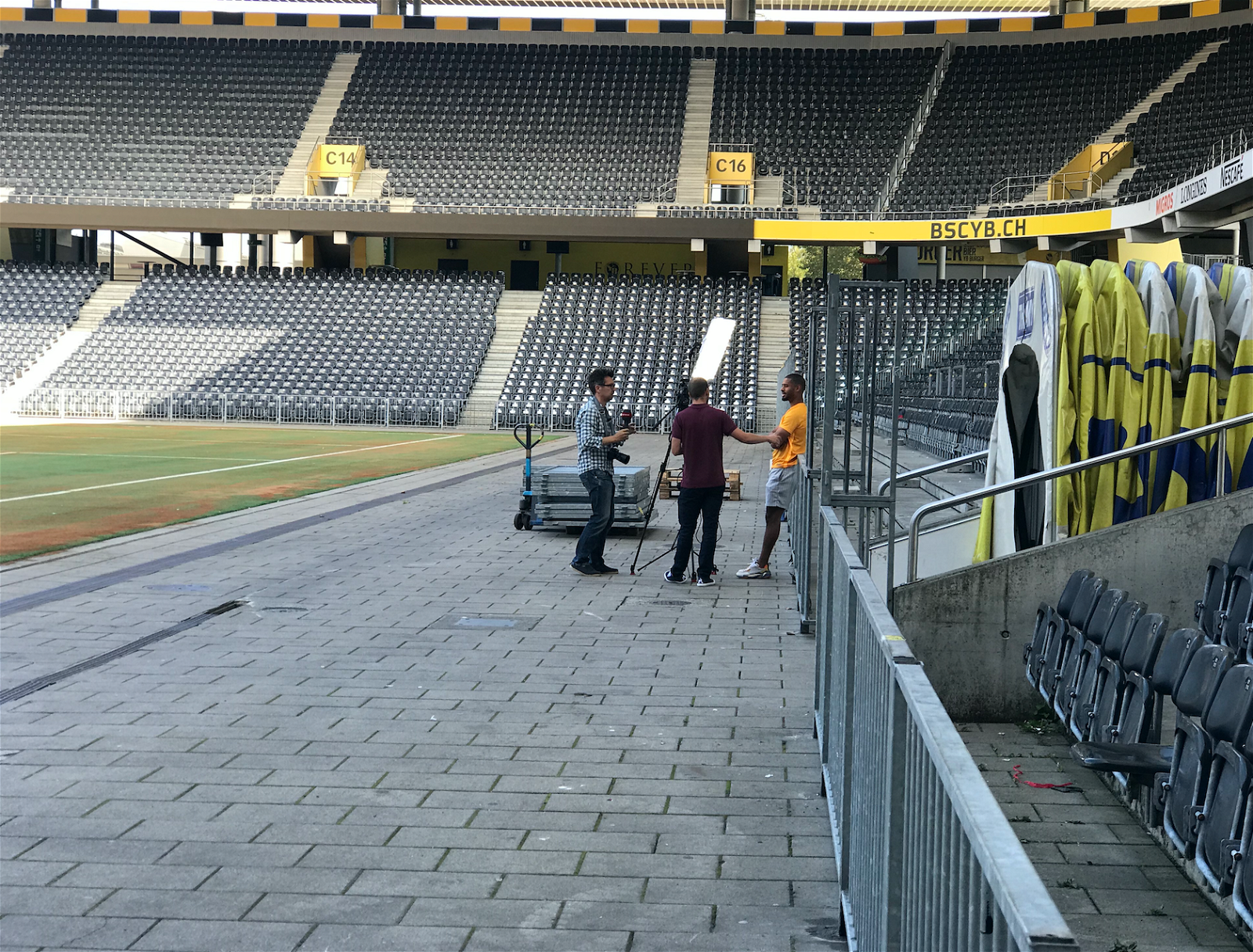