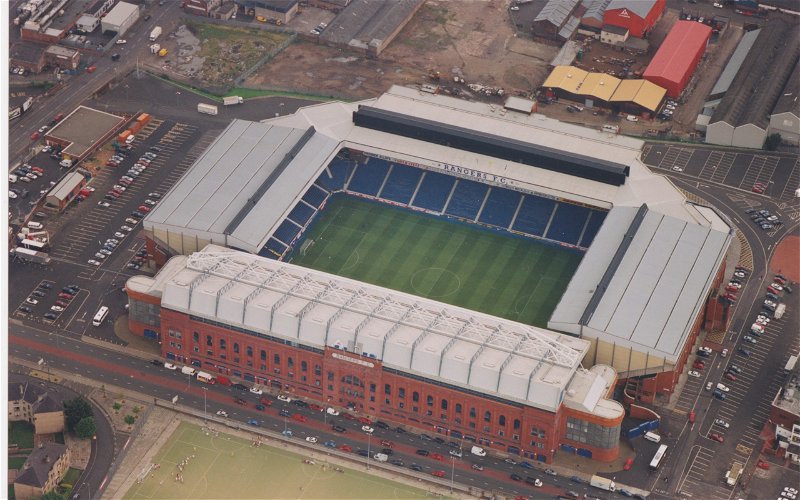 It was, therefore, no surprise when RFC Chief Executive told the assembled that there was currently “no relationship” between the club and Club 1872.

In attendance I counted 24 in the audience plus the four Club 1872 directors and Lil the admin executive.  For an organisation in crisis with huge issues and 300 people stopping their contributions after Robert Marshall’s open letter (figure given by Laura Fawkes) it was a poor show.

The bottom line is this – the current Board admit no wrong-doing whatsoever on any issue, the Rev MacQuarrie’s comments are “a smear campaign” and Chris Graham was not a shadow director.   Every allegation is false and any mistakes or fall in fund-raising is down to someone else or the circumstances in which they find themselves.  They are going nowhere – in both senses.

With regard to Chris Graham, Laura admitted she knew he was paid by Rangers and he acted as a point of contact but apart from occasional meetings and support she didn’t know what he did for the club the rest of the time but denied absolutely he had been a shadow director.

I sent a text to Stuart MacQuarrie as soon as she said that – “Laura has just said Chris has never attended a Club 1872 board meeting.”  His response was “He has been in the room.”   We entered the realm of where he sat – was it at the table, was it on a sofa, who could see him, etc, etc.

I pointed out that it was more than a little problematic to have someone with such a huge influence on the organisation day to day – sitting in on Board meeting, being in working groups, writing press releases etc – whilst he was paid by the club.   Think about it – paid for by the club to influence an organisation whose only stated aim is to buy shares in that same club.

None of us who have raised concerns have, it was said, any valid reasons for them.  The fact that people who encouraged and backed Club 1872 since Day One – myself, Rev MacQuarrie, Robert Marshall, Brian Donohue the former MP, etc – have turned against this Board is just one of those unfortunate things.  Every instance and concern was dismissed.

Their plan is to carry on regardless as if the last five years or so hasn’t happened – they claim, despite their returns to Companies House, that contributions have never been higher – whether in numbers or cash following their Legacy campaign to buy Dave King’s shares was lost in the to-ing and fro-ing of the meeting.  Marketing will be increased, a new full-timer will be looked at and around £10k will be put to the members as a suitable marketing budget.

Dave King did a video recorded Q&A which will presumably be made available online but he didn’t say much new other than to say he backed the current club Board.

After the Club 1872 we went to a meeting with Chief Executive Stewart Robertson, Ross Wilson from the football department and James Bisgrove from Commercial for a lively, but truncated because of the time, presentation and discussion.

As noted  above, Robertson stated simply that because of their behaviour the club didn’t currently had a relationship with Club 1872.  On the other hand he expected the club to move into profit next year and the opening of the new Edmiston Club to put the seal on our 150 celebrations.

For the avoidance of doubt – the relationship between RFC and Club 1872 broke down over 15 months ago and won’t be renewed until the current Club 1872 Board are gone.

It’s irretrievable and broken beyond repair.

Ross Wilson noted his concept of One Club and how departments had been aligned, people had left, new folks come in and a culture of perpetual change within the context of respecting our history installed.

The new pitch was the first totally new one at Ibrox for 27/28 years – talk of expanding capacity by around 6,000 by going deeper down had been turned into an examination – it’s possible but the time to go that deep is unlikely to be doable within the confines of the close season.  Expects to move to more active buying and SELLING of players soon.

James Bisgrove showed how the Commercial Department had been re-structured – from 10/12 partners to over 40.  When asked if that was spreading ourselves too thin he said absolutely not – the brand was strong enough to sustain and replace partner brands and he was confident access to the Champions League would lead to an exponential leap in revenues in all areas.

OVERALL – Looking back at the Club 1872 meeting – I found myself strangely nervous and stuttering in my delivery.  I think the fact that all those years or work in various organisations have gone to waste has produced in me a feeling of deep anger but mostly regret.

I said to the Reverend MacQuarrie and Robert Marshall (and yet more others) a fair while ago that the current Board were entrenched and unlikely to move and that the replacement of them was a 3 to 4 year job as elections come up.  They simply won’t recognise what is wrong with the organisation – and that included the two new directors.

My prognosis for Club 1872 is constant turmoil until the current directors go.