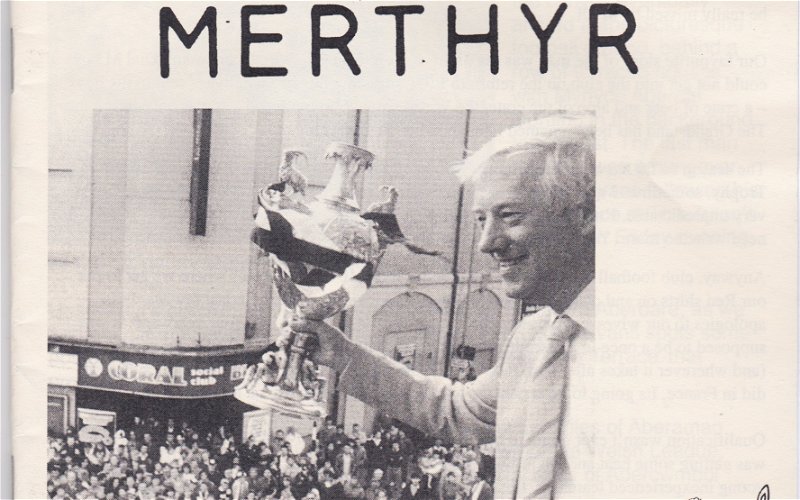 It’s been a while since we produced a issue of the FF fanzine but fanzines do still exist – in fact, in England there’s been something of a revival of them.

The Welsh fanzine Dial M For Merthyr has been going since 1989 although somewhere along the line families and jobs got in the way so they had a ten-year hiatus before starting off again.

Thankfully it still looks a lot like the old punk fanzines used to – amateur graphics, lots of text and photographs few and far between.

Merthyr Town and their fans have been through the ringer over the years, being liquidated in 2010 and coming back as a club owned fully by their supporters trust.

DMFM is 32 pages of A5-sized love for Merthyr.  Issue 59 has some cracking articles about following the club from the 70s onwards, a trip abroad with Wales, an obituary for an old player, and commentary on the clubs finances.

Over the years it’s one of those fanzines which kinda turns you into a fan of the club you are reading about although you’ve never been and have no connection with the club at all; but fans of other clubs can understand one another.

Also of interest to Scottish readers in this issue is a great tale about Tommy Hutchison, the man from Cardenden who found fame with the likes of Man City, Blackpool, Burnley and Swansea before ending up at Merthyr. Tommy was playing in Hong Kong for Bulova in the early 1980s when Manchester United came on a tour – they found themselves short in the squad and took Tommy over to Oz where he played for United against Notts Forest and Juventus. That’s the sort of story DMFM excel at.

I don’t agree with their editor’s politics – Welsh nationalism and Remaining – but he argues for them with vigour and intelligence and I enjoy the snippets of Merthyr’s social history he often works into things.  You can respect someone’s views without agreeing with them – something nowadays often missing from discourse on the internet. 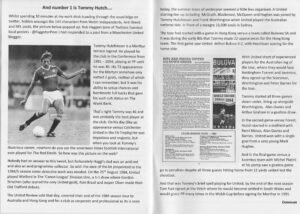 A couple of years ago they did a wee video piece about people coming home to Merthyr for the Christmas holidays and going to watch the match, and talking about the fanzine – https://vimeo.com/200310819

A TV report on Welsh fanzines from the 1980s – https://www.youtube.com/watch?v=pMXTdqPo4D0