Dunfermline dumped with double from Roofe 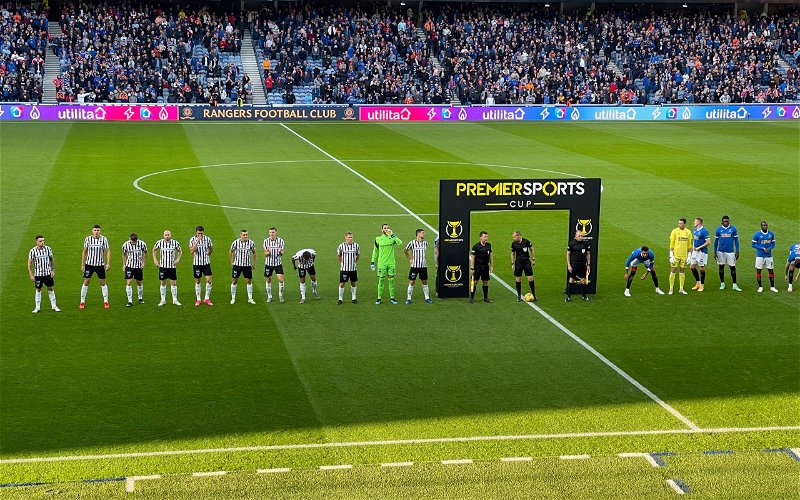 Premier Sports League Cup Round of 16

The date may have been Friday 13th but there was nothing unlucky about tonight’s result which saw Rangers dump Dunfermline out of the League cup with a blistering performance.

Kicking off in front of a large and boisterous crowd Steven Gerrard’s side dispelled any notion of a hangover from Tuesday’s night Champions League defeat when John Lundstram opened the scoring after only two minutes, his shot rifling in off the underside of the crossbar after a precise cutback from Calvin Bassey.

With less than twenty minutes gone Rangers were three goals to the good. The second came from Scott Wright who finished well after being put through on goal from a sumptuous through ball from Ianis Hagi and two minutes later Hagi himself headed in the third following a devilish cross from Calvin Bassey.

Rangers were in cruise control and with just over a third of the game gone it was over as a contest when Kemar Roofe thundered a shot into the net from twelve yards after a clever move involving both Kamara and Aribo.

Following the half time interval, in which some of the Dunfermline players must have considered hiding in the away team cubicles, Rangers were once again relentless. Ianis Hagi orchestrated play from the middle of the park, ably supported by attacking fullbacks Bassey and Patterson as Rangers continued to carve open the team from Fife.

The second half pressure was rewarded on fifty-eight minutes when Kemar Roofe converted a penalty after he, himself was upended in the box. The remainder of the game saw Rangers continue to dominate without being able to find the net again despite creating numerous chances.

This was a dominant and assured performance from Rangers which backed up Steven Gerrard’s pre match comments that they must do better in the domestic cup competitions. The performances of Hagi, Wright, Roofe Patterson and Man of the Match Calvin Bassey will have pleased Gerrard.

In his post-match comments Bassey joked that he was ‘happy to play anywhere on the park, even in nets if required’ Although Allan McGregor’s position is unlikely to be under threat from Bassey, the manager does have a decision to make in the left back position for Tuesday night. Going forward Rangers will of course face opposition of a much higher quality but tonight has given Rangers the ideal confidence boosting result that was required prior to their Europa League Qualifying tie on Thursday evening.