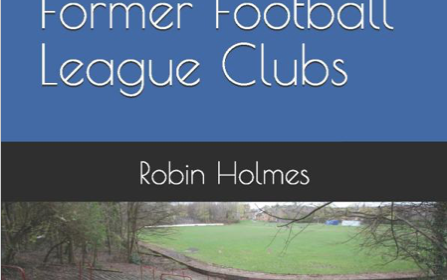 Forgotten is a labour of love written by a football-obsessed Englishman who moved to Scotland in 2003.   He’d built up notes but only seriously started to write the book in 2017 and getting it finished in 2019 after taking voluntary redundancy.

The book is big – just over 800 pages.   It’s split up into chapters describing the 42 clubs who used to be in the Scottish football League.   Unlike a lot of reference ebooks it’s not a simple recitation of results – each club has been the subject of fresh research – often from local newspaper and each chapter stands as a little book in itself.

It’s written in an entertaining yet scholarly manner.  It’s an essential reference aid to anyone interested in the history of Scottish football.

Complaints?  The only ones the author has had have been from Celtic fans bemoaning the absence of Rangers!

“I am deliberately body-swerving the issues of clubs immediately reforming, and of “newcos”.  So for me, the current Rangers is a continuation.  Airdrieonians have also been excluded even though there was a short period when they played as Airdrie United following the demise of the original club and it’s reincarnation by taking over Clydebank and changing their name”.

Amongst the 42 club included are ES Clydebank, Dumbarton Harp, Dundee Hibernians, Leith Athletic, Port Glasgow Athletic and Third Lanark.  Quite a few fell foul of the abandonment of the Third Division in 1926 when 11 clubs fell out never to return at the same level.