“Brendan didn’t shout at us”

Official Ticketer
Hope he gets the job. He’d pass as much of the pressure as possible to the team by going nuts if they have a bad day. Players think “%^*& you” and down tools.

usbear said:
That's because Brendan really knows how to a treat a man
Click to expand...

Hope he gets the job!

Dougie Gray said:
Said during game that they don’t want to play for Lennon
Click to expand...

Are they just playing for themselves then?
The Lurgan bigot has been there for what, the last 12 or more games at the end of this season.
Wee gubbed them, who else did.
Did the players just want to turn up when he came in and win the league and then decide they don't want to play for him.
Will they just turn up to win another medal next week and say, %^*& playing for that fanny.

we will win the league next season! No matter what degenerate is in charge of separate entity f c

Do the child abuse threads bother you?

Matthew said:
Worst thing about him is he grew up as one of us. Whole family including himself had ST's at ibrox. Nearly got disowned for going anywhere near them
Click to expand...

ChiefWahoo said:
Do the child abuse threads bother you?
Click to expand...

Front page of a rangers forum with majority celtic topics bothers me aye. That's what it was like when I wrote that and majority of them weren't abuse related.

insanicdrunk said:
Thats the issue with Lemmon, he goes nuclear all the time. Means it has little effect after some time.
Click to expand...

I think a great manager probably "loses it" deliberately or otherwise, once or twice, evey year or 2.
And realy gets his team thinking, "%^*&, we've let the gaffr down!",

It won't work otherwise. And if it's your go-to fot motivation you've a real issue on your hands.

J Spaceman said:
And yet the Tims will still go on and romp the Scottish Cup final, for all their supposed problems.
Click to expand...

Yip, double the wage of the rest of the league combined. What a shock, eh?
Still no mention of their 40 plus years of paedophilia or tax fraud.

Leeonell Tidy said:
Looks like that wee oddity that's in Emmerdale (so the missus says)
Click to expand...

Yea right! We believe you

Monster said:
Front page of a rangers forum with majority celtic topics bothers me aye. That's what it was like when I wrote that and majority of them weren't abuse related.
Click to expand...

Only it wasn't like that was it?
Going by the time on your post and the threads of that time it's quite easy to see you've just made that up.

No idea why you would, but you obviously have.
B

when stories like this begin leaking out, it's a sure sign that despite winning the league all is not well at the piggery. If a player feels sufficiently empowered to openly call out a sitting manager, it's also a sure sign that they (in this case TLB) won't get re-apointed.
T

Matthew said:
Worst thing about him is he grew up as one of us. Whole family including himself had ST's at ibrox. Nearly got disowned for going anywhere near them
Click to expand...

If that is true it is pathetic

Let's be honest. As much as I would love it. There's not a hope in hell they are keeping that fat waster on, he's a joke.

Compensation claim or otherwise, they can probably do better. A traffic cone would do a more professional job Fs.

barclay_bear said:
Very reliable source said TTS just made them dress as ladies and pumped them. Tierney always had a smile on his face when he was in drag... here’s the proof! 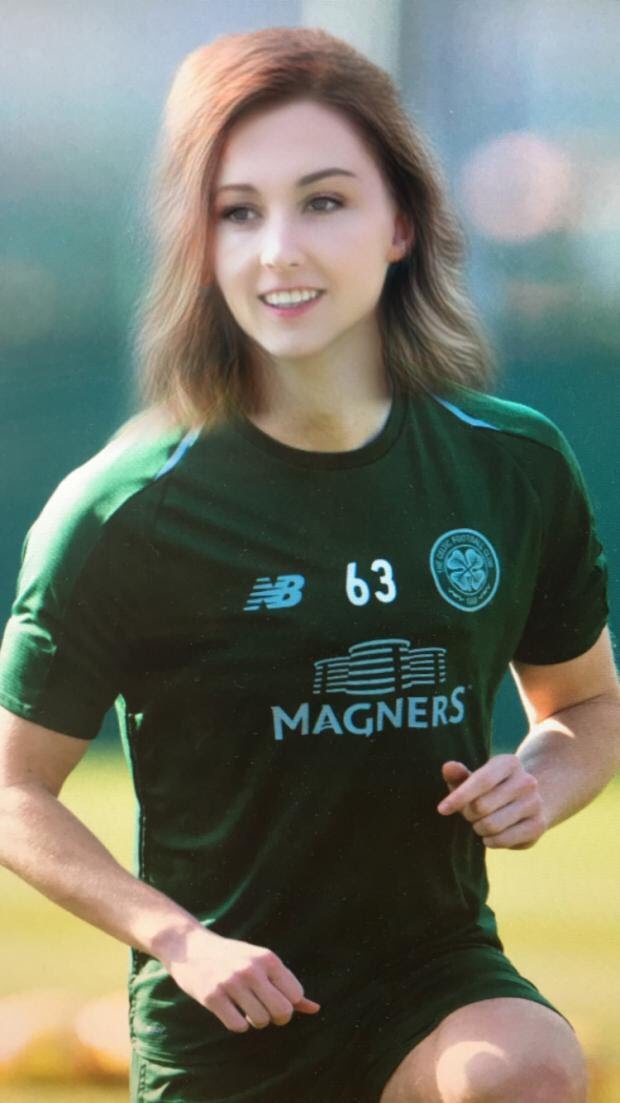 That's an oxymoron of a photo.

They won’t give Lennon the gig permanently.

Jimmy Jazz said:
Unfortunately there's not a hope in hell they're keeping that utter mess of a guy.

I also reckon there's no way they're appointing Moyes. He's dire. I think there's more chance of him going to Kilmarnock.
Click to expand...

Bob Belcher said:
He pulled off a magnificent save in the game just before New Year
Click to expand...

Buffalo said:
A lot of them had thrown in the towel before Rodgers left, I could imagine Eduoard, Ntcham and a couple of others when this wee ginger rodent starts shouting and bawling at them.

They have had it easy in all sort of ways, from on the pitch to the pressure off it, that has ended now and they will want out, McGregor, Ntcham, Rogic are just 3 I can see wanting out while the going is relatively good.

I think this jobs was Lennons, but he has done himself out of it, it was reported privately and a couple went public that they had been briefed Lennon was getting it, you had the board's mouthpieces praising Lennon to high hilt, they have now gone radio silent.

Either way, this is a massive summer, they are on the down and we are on the way up, might just be the perfect storm for us.

First 4 or 5 games next season , we win them, get ahead and watch them turn on each other.
Click to expand...

rogic just signed a new long deal last year and hardly kicked a ball since. Lots of injuries.
Great use of the wage budget.

adidasler said:
I could see him at the Scotland or celtic job.

bob1873 said:
He should have been. No real Ranger could sign for them and any footballers of his ability will have other options. Brown did too. They chose to become scum.
Click to expand...

I’d suggest McGregor has developed better than most thought he would have.
Your point stands though.

Couldn’t now.
I’d take one look at her and think of Tierney.
I’m proud to say the urge for sex would instantly disappear.
I might have other urges mind you.

Note for the liberals: I’m only kidding.

George Goudie said:
That's an oxymoron of a photo.

I think it's a pic of the groin brigade's poster boy Tierney, but put through that snapchat filter to make you look like a female.

SDF said:
Was told yesterday Lennon and McGregor hate each other and it all stems from his first spell in charge where he packed him off to Notts County out the road. If Lennon stays, McGregor wants out.

Allegedly the training and atmosphere have went down the toilet since Lennon arrived.
Click to expand...

SDF said:
They hate each other.
Click to expand...

George Goudie said:
That's an oxymoron of a photo.

Burgh-Ger said:
I suspect it was more of a “rather than shouting at us, going to tell us what you actually want us to do - like our old manager”

Best thing that could have happened was Rodgers leaving
Click to expand...

Shame he didn’t do it two weeks earlier

He was because my sister used to teach him there

hemelbear said:
He was because my sister used to teach him there
Click to expand...

Thanks mate. How a bear from there could join that mhob I don’t know.

I’m sure it is him mate. Just imagine him at the Boys Club eh ? Must have been in demand ?

It's Tierney mate. Through the snapchat filter that turns you female.

My kids were mucking about and put me through it the other day and i must admit I looked rather attractive.

Take all the David Brent stuff away. The players bought into Rodgers and he delivered huge success to them. Anyone else not up to the standard I think will struggle to get the best out of them

Hurleyreyes said:
It's Tierney mate. Through the snapchat filter that turns you female.

My kids were mucking about and put me through it the other day and i must admit I looked rather attractive.
Click to expand...