Down to Gilhaus, Sauzee, Ravanelli, Mixu, or Eremeko although there was a soft spot for Jose quitongo

No. He played for us

David Silva had a decent season at Kilmarnock. Always wondered how he would’ve faired in a better team.
M

uddingstonbluenose said:
I thought Valakari at Motherwell was a decent player, did well at Derby too.
Click to expand...

His son looks a player aswell. Scored a worldie for Finland on his debut against France.

Playing in Cyprus atm. He's worth a look at.
C

West1973 said:
His son played for St Mirren did he not?
Click to expand...

Yes, I believe he did.
C

NorthAntrim said:
David Silva had a decent season at Kilmarnock. Always wondered how he would’ve faired in a better team.
Click to expand...

No this fella was from Cape Verde I think.

Jamiegatami said:
That’s a shout. Falkirk had him and Tim Krul almost back to back
Click to expand...

Tim Krul conceded 7 at Ibrox on what would’ve been around his Falkirk debut.

In terms of how he performed when at one of those clubs it's hard to see past Gillhaus; top player. The Aberdeen fixture in those days was the best ever, and very exciting; great days.

So, Northern Ireland is part of the UK but isn't part of Great Britain.

You are correct in the geography sense, but it was not the GFA which allowed NI people to be declared British. I was born in 1971 British, and I’ll die British. We didn’t get any right to Britishness from the GFA, in actual fact it allowed people in NI to claim their Irishness. The opposite.

Istvan Kozma at Dunfermline
I

Antoine Kombouare. Nearly 300 games in Ligue 1, including over 100 for PSG in the early 90s before he joined Aberdeen. 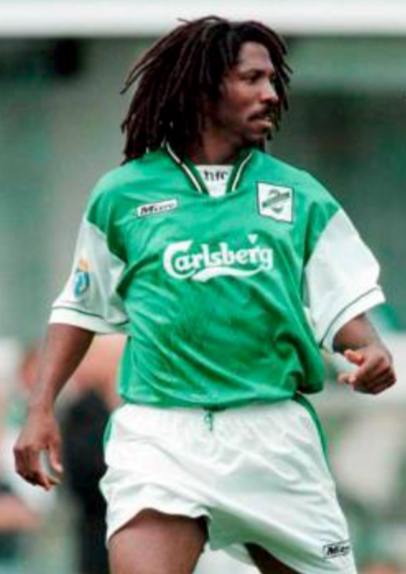 Arkanoid said:
The Dundee boys were all good Juan Sara was decent, Caballero was another I think but Nemsadze was class and would have loved to see us sign him
Click to expand...

Was going to say that, Cabellero was a right cracking player, Sara too if memory is right.

MaryleboneBluenose said:
My uncle - Hearts man - always went on about how Stephane Adam was one of the best he’d seen. Also scored against us in the 98 Scottish Cup Final.
Click to expand...

Yep, Stephane Adam was high on Adocatts wish list (...or Murrays) at the time I'm sure. Couldnt agree game time I think. Right cracking striker though.

We welcome the chase

For longevity at a good level surely it has to be Mixu Paatelainen,

But the best foreign player outside the OF that I've seen was Frank Sauzee.
M

Mahrez has to be up there.
Click to expand...

Bigfoot said:
Does Best count as foreign?
Click to expand...

Roger Daltrey said:
Jose Quitongo ! ok not maybe not the best ever but one of these guys who was a legend at his club and i think its in the spirit of the thread!
Click to expand...

I always associate him with accies, think he was at st mirren too, couldnae tell you any others. Was his son not playing for someone recently?

Steven Robertson said:
Luc Nijholt was a decent big defender for Motherwell back in the 90’s.
Click to expand...

another good player , looked a bit like a baddie in a schwarzenegger 80s movie.

Roger Daltrey said:
I always associate him with accies, think he was at st mirren too, couldnae tell you any others. Was his son not playing for someone recently?
Click to expand...

NorthAntrim said:
David Silva had a decent season at Kilmarnock. Always wondered how he would’ve faired in a better team.
Click to expand...

Roger Daltrey said:
I always associate him with accies, think he was at st mirren too, couldnae tell you any others. Was his son not playing for someone recently?
Click to expand...

I think you may be right on that.

can we make an xi of the suggestions so far? also well played OP i love threads like this

erskine bear said:
A different one.
Click to expand...

just googled him. I keep hoping this thread is going to unearth an absolute superstar who I hadnt realised played in scotland before they made it which is why i jumped on that!
W

But most Liverpool fans will tell you he was hopeless. Kind of dilutes his impact a bit
W

I know these are probably spelt wrong but can’t be arsed looking up
Click to expand...

Seriously.....Stavrum? Gillhaus was a class above him at Aberdeen. Even went to the World Cup with Holland whilst an Aberdeen player and started matches along side the likes of Van Basten and Gullit. Stavrum couldn't lace his boots.
A

Had to cheat because i couldn't remember his name but Kiryakov was good player for the sheep.

Special mention for this guy: bit of a fahanny by all accounts

I believe in Eli

Coza said:
Jerome Veraille was the guy at killie I thought was excellent and under rated I think.
Click to expand...

In football you're foreign if you aren't playing in the country you're eligible to play for.
M

My great - grandpa, (even though it's completely irrelevant as he was still British & it was pre-war era 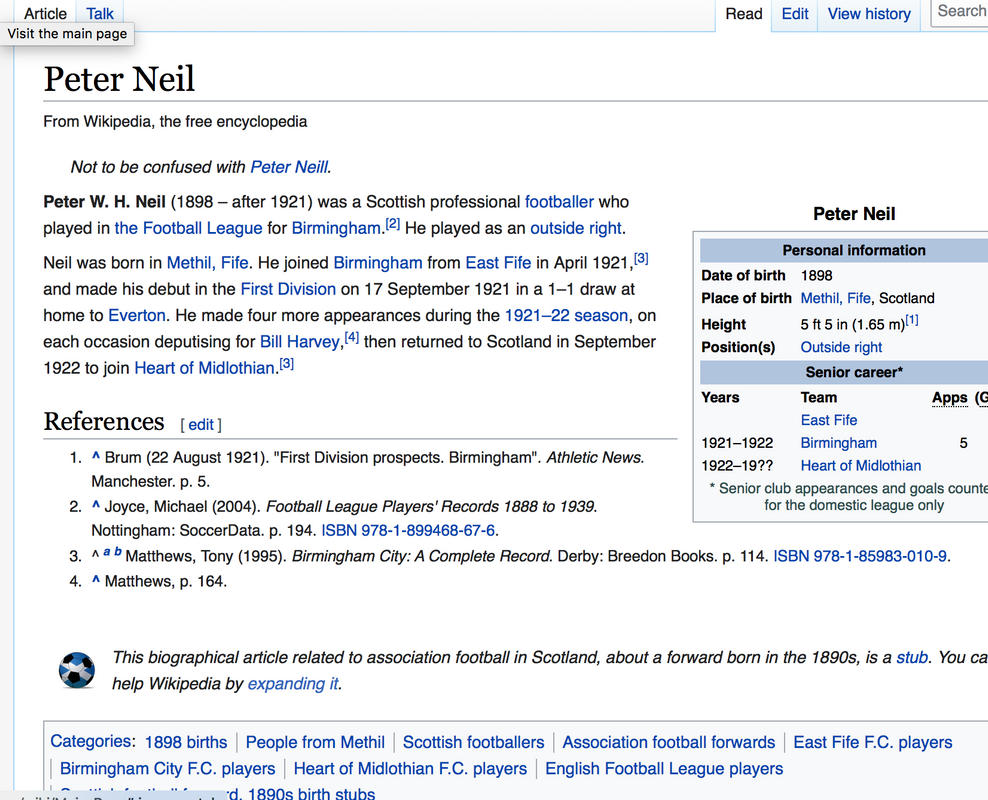 I always thought Zerouali at the sheep was a decent wee player. 7 Caps for Morocco. Died in a car crash aged 27.

TN8 said:
The answer is Sauzee, not sure why we're not allowed to include him

Doesn't he have a WC winners medal?

Maybe not the best but worth a mention is Ilian Kiryakov who played with the Sheep & starred at WC1994 with that formidable Bulgarian team and had a pretty good CV too.
Last edited: Apr 20, 2021

Laudrup11Cooper said:
Doesn't he have a WC winners medal?
Click to expand... 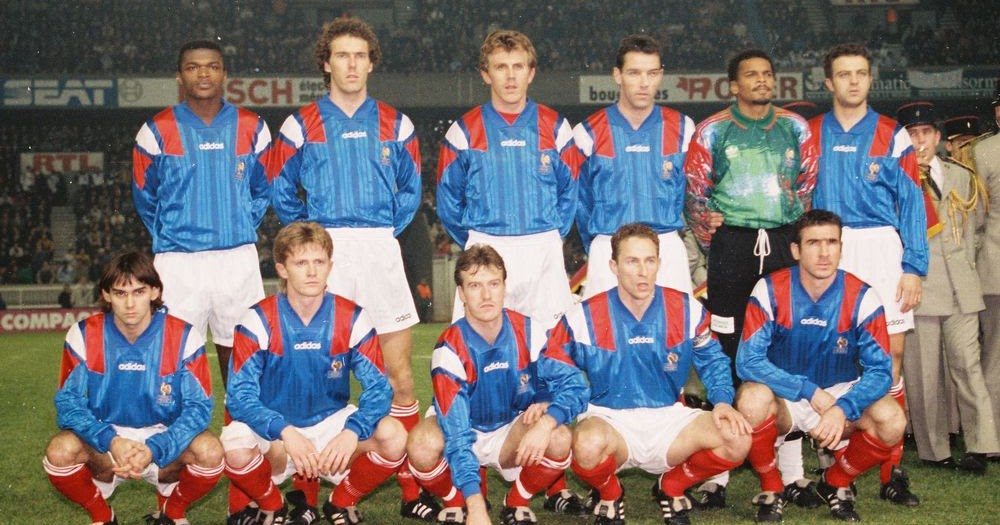 i remember that time he choked on his tongue at Ibrox

Fantastic player who ended up at dolly due to them managing to circumvent a ban he had due to a betting scandal. He only stayed a few months and was off as soon as he could, treating them like dogsh!t on his shoe, which was good.

Tomted said:
Hibs had a player called Frank Sauzee,,who was very good. Seem to think he went on to be their manager for a short spell.
Click to expand...

And scored against us when he played Marseille. Cheatin bassas
E

Caballero and Julian Speroni were good for Dundee.

Stephane Adam and a few other Hearts players from that era were decent as well.

ssblue said:
Not including guys who were near the end of their career like Sauzee or Ravanelli etc.

Based on how they played here not what they went on to become.

Obviously further clarification is needed. When I say foreigner I mean not Scottish, English, Welsh or Northern Irish.
Click to expand...

ravanelli
nemsadze was class too

Roger Daltrey said:
Hadnt heard of him, before my time, but a wee google search and he seemed to have some career path. Ferencvaros, Standard liege, Aberdeen, ajax, dortmund! Wikipedias got him as a midfielder with 10 goals in 26 games for aberdeen, is that right or was he more of a winger/ number 10?
Click to expand...