Bill Leckie: Morelos is a diddy

Ian-RFC said:
Rangers fans hailed Alfredo Morelos like a hero even though he blew their chances of beating Celtic says Bill Leckie.

ANY other day of the season, a big-money striker misses two sitters that glaring and the fans are calling for his head.

Yet somehow, amid the myopic madness of an Old Firm slugfest, Alfredo Morelos swaggered off the Parkhead turf with Rangers supporters hailing him a hero.

They chanted his name as he argued with the ref over a foul.

Stood and applauded him when he was subbed like he’d just rattled a hat-trick.

You know, rather than being the guy who had blown their chance of winning one of these games, just for once.

Seriously. No frontman will ever step on to two better crosses, in as much space, with the keeper so helpless and a massive derby hanging in the balance, only to fluff his lines both times.

The first chance he maybe gets the benefit of the doubt on, seeing as Craig Gordon instinctively shot out a leg, and deflected the downward header for a corner.

But even then, he could have picked his spot.

But as for the second?

Sorry, but the Colombian’s weedy waft of the napper at James Tavernier’s defence-splitting delivery pretty much summed up the rank-rotten quality of this whole messy affair.
Let’s not mince words here.

The fact Rangers and their 7,000-strong travelling support still ended up celebrating a win that got away as if they had just clinched the league pretty much sums up where both these clubs are right now.

Celtic? They were roundly booed at the end of 90 turgid minutes.

By the time Brendan Rodgers led them on a leg-weary lap of honour, three sides of the stadium were already two-thirds empty.

The sense of anti- climax as a magnificent year ended in mediocrity was all-consuming.

Over to the right of the main stand, though? Party time.

A bouncing, bawling mass of defiance, the full get-it-up-ye bit, faces contorted as they stood on their seats, arms outstretched, or pushed up against the yellow line of cops and stewards to yell across no man’s land.

Quite how anyone could get that worked up about a football match this poor is beyond me.

But I suppose when you have been as far out of the picture as Rangers have for this long, and when you’ve become as accustomed to rolling teams over as Celtic have, success and failure become relative concepts.

As ever, you watch and listen as it all unfolds — the venom, the hatred, the over-reaction to absolutely everything — and it’s weird to not give a monkey’s who wins.
It never has been and never will be a day for neutrals, for even-handedness, for logic.

The reaction of those Rangers fans to Morelos says it all.

It’s like they were saying ‘OK, so he might be a diddy, but he’s OUR diddy — and that’s what counts’!

Maybe when they went back to the pub or to their living rooms and watch the replays they will have cursed him.

But in the moment, it’s all so tribal out there, so ferociously Us and Them, that even the normally-unforgiveable is defended to the hilt.For me, that’s why this fixture never really improves as an actual football match.

But then again, when did that ever matter to any of them?It’s a fair bet plenty who were there would only really get an idea of what happened once they watched it back.At the time, it’s just a frenzy, a blur, and in this case, that lack of focus showed itself as much on the park as it did in the crowd.

They say it gets so loud out in the middle players can’t hear themselves think.

Which maybe explains why so much of what they did was so bloody brainless, a morass of misplaced passes and hoofed clearances.

Celtic in particular seemed to be locked in some sort of sensory deprivation chamber where they couldn’t co-ordinate minds to feet, all their usual style and pace replaced by a tension, a lack of ideas.

A mental and physical numbness; their skins saved by Gordon’s stop from that first Morelos header and, before then, a flying tip-over to deny Tavernier’s volley.

Celtic are more than overdue a lull after the exertions of that 69-game unbeaten domestic run, the thrill of clinching the Treble in the first season under Brendan Rodgers, and the graft of getting to and then trying to stay in the Champions League.

They have already played 38 games this season, 61 in the calendar year, and have looked for weeks like the winter break couldn’t come quick enough.

Yet they have still signed off with four clean sheets in the wake of THAT 4-0 humping from Hearts.

This was their eighth Old Firm game without defeat and it was only the second time since Rodgers arrived that they have failed to score in domestic competition.

Put that into perspective against the fact Rangers gave it everything they had yet still couldn’t get over the line and you know for sure whose shoes you’d rather be in.


I can feel the pain oozing out of this article!, which is nice!
Click to expand...

lol at Leckie, Mr. Personality Bypass himself.
Had yer hole yet, Billy Boy?

How many big games is that he has scored in now!

These imposters should be questioned on their nonsense.

If our Buff is a diddy, I'll take two thank you.

obviously all the other goals he scores dont count or the off the ball work he does in games, when he does score I wonder how they are going to spin their shite stories then and constantly put the boy down.

Keep scoring freddy the bears love you and dont want you to go anywhere, %^*& the media.

FFs,reading that again just shows the pain that this arse has any time he writes about us,not one word of praise anywhere along the line.Well gerritrightupye Bill,Rangers are on their way back and you better fkn believe it.

I wonder if he’s had his hole yet?
B

You are correct it was Hugh Keevins and Valencia never looked back after his glowing and spot on analysis all the way to two Champions League finals in successive seasons. Yes he was and still is an absolute buffoon of a man.

Did he ever find love in the lonely hearts section or is he still with palm?

Obviously had sand in his vagina the day he "wrote" that article.

dh1963 said:
But at least he doesn't have to join an internet site to try to get his hole.
Click to expand...

Plenty of Pish I think it was.

Where is Billy Boy these days, walking around Doncaster in the rain, all loved up an’ that?

Fat tosspot, that he is.

Well done whoever bumped this.

bedsblue said:
Only one diddy in town isn't that right Bill,bytheway you got your nat king yet?
Click to expand...

Still a wanking virgin. Nae luck in the podgering stakes.

Bill Leckie has a new book coming out, 'Sex For One'.

Bill Leckie is "self partnered".

When he's not running through the rain in his Converse, he's "self partnering". All day, every day .....

The Scottish press in a nutshell - predictable and negative, and the reason sales are flatlining

I get better information from forums than these clowns

Dougiethebear said:
Did he ever find love in the lonely hearts section or is he still with palm?
Click to expand...

I have a theory that even his own hands gave him a knock back. They gave him the excuse that they were too busy typing all the shite his warped mind thinks up.

Leckie is the diddy and is even playing on McCoist's(?) quip about Mohsni in that he can't even think up his own shite.
T

Tbf to Bill, it's probably that long since he's seen or been between a pair of Diddies, he's forgotten what a diddy is. Diddy.
B

It was gerry mcnee
S

Leckie = fandan what a clown

Renfrew@UKGB&NI said:
Was it not him who said Valencia were the Aberdeen of spain.
Click to expand...

I think that was that prick Keevins.
W

Who the %^*& is Alberto Morelos

Well that's about 3 different suspects. I tried to google it but couldn't find anything.

Sorry was meant as a reply to geoallison
D

Backside Bill at his boring best.

Total effing numpty Leckie but sure I read a holiday review of Florida? Kept mentioning his wife so don’t know if he has remarried doesn’t mean he’s getting his nat king though

Certifiable proof the Scottish press and media know absolutely %^*& all about football and far less being able to spot a player than the fans do.

Worse, to see one and deny it simply out of hatred for the club he plays for, well that just being a c unt isn’t it Bill Leckie you short fat old single embarrassing loser in life.

Leckie's been staring in a mirror, not watching our Buffalo. Diddy is the language of a junior playground.

I want to meet a special somebody 25-40 to share those crazy runs in the rain, share those crazy nights dodging celtc fans chucking bottles at our bus in Milan and hopefully moving on to something more like unfulfilling and disappointing sex ..... then down the line lots of crywanks and threatening texts Neil Lennon style. 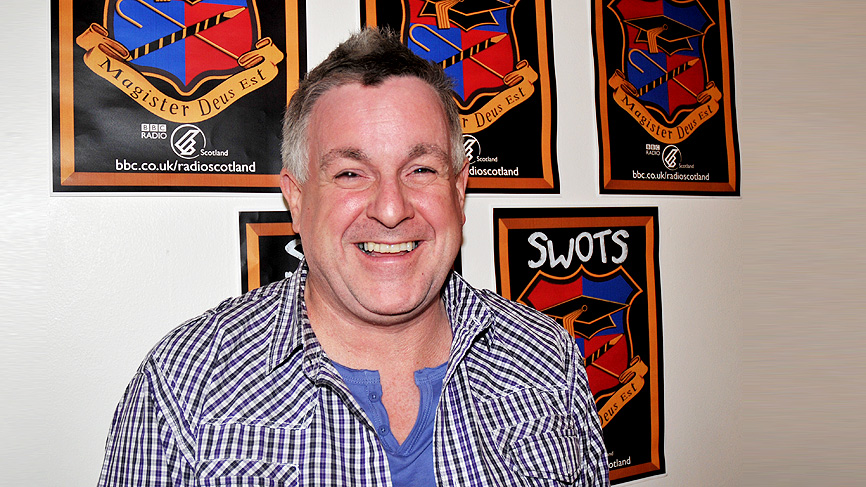 Looks like the Bears called this one right Bill and you were wrong, I’m sure they’ll be an apology

I think this article was after the 0-0 draw at Parkhead when Morelos played pretty well as I remember. He missed a few chances but one of them was an admittedly great save from Gordon.

An utter scumbag of a man who called for us to boycott Dave King and the club just before Gerrard arrived.
B

Laugh and point at the fat mess.

Bluegenebop said:
If our Buff is a diddy, I'll take two thank you.
Click to expand...

What a ride that would be!

tazzabear said:
You must have been dying to use that post.
Great memory, better find.
Click to expand...

Just discussing Morelos last night in our group and then I remembered that ridiculous article. Googled it and the first hit was this thread and thought it was too good an opportunity to pass up

There’s a serious point, those in the SMSM have almost no knowledge on the sole subject matter on which they write and therefore base their entire careers. Their predictions testify to this.

Morelos is a superb talent, SG was at his peak the greatest football player on Earth, bringing him to Ibrox for his profile alone (and connections) made perfect sense, especially as he was willing to be cheap as he’s already worth hundreds of millions and the quid pro quo was so he could cut his teeth - Leckie, Spiers all got their thoughts on his appointment spectacularly wrong. Again.

Imagine a doctor kept getting his diagnoses wrong, or a sparky kept mis-wiring his jobs, neither would last long in their profession , but in the SMSM there is no accountability, no integrity and no standards.

The dross that write for the BBC take lack of accountability to another level, they don’t even have to worry about producing a product that anyone wants, the BBC is effectively a civil service which the tax payer funds on pain of criminal sanction.

The SMSM is both a disgrace and an embarrassment, the absence of thought and quality combined with partisan agendas is egregious. That’s why there is no future for MSN, it has hated itself to death.
You must log in or register to reply here.
Share:
Facebook Twitter Reddit Pinterest Tumblr WhatsApp Email Link