A football yob was convicted today of punching three police horses during a riot before a cup match.

At Glasgow Sheriff Court Kevin McGuire, 36, was found guilty of “causing unnecessary suffering” to police horses Nerston, Oban and Glasgow in January last year, before kick-off in a Scottish Cup clash between Celtic and Airdrie.

Celtic fan McGuire, who was previously banned from every football ground in the UK, was described as a "prime mover" in the violence orchestrated against police.

McGuire, who was represented by lawyer Michael McKeown, claimed he was just an innocent bystander.

Sheriff John McCormick told McGuire: “You weren't an innocent bystander that had been caught up.
"You were a prime mover in the disruption at Celtic Park.

"The police were reacting proportionally to what was coming to them by the group of Celtic supporters.

"This was an extremely serious matter being part of a group that assaulted police by throwing missiles, spitting at them and punching police horses and their riders.

"You have a record which includes a breach of the peace with a football aggravation and were the subject of a football banning order.”

Sergeant Mark Stewart, who was at the match with his horse Oban, described the incident outside Celtic Park to prosecutor Alistair Knox as the worst riot he had ever seen.

Sgt Stewart said: “When I got there, Airdrie fans were being blocked from getting into the ground by Celtic fans.

“There were families trying to get in and bricks and missiles getting flung as well as spitting and throwing lit cigarettes.

“It was very aggressive and this was the worst I riot had ever seen.”

The officer told the court that McGuire was "directing others" during the violent incident and said he saw McGuire attack the three police horses outside the ground.

He added: “I asked him to move and he punched my horse Oban on the muzzle which caused him to react.
“It was a full blown punch and he also punched police horse Glasgow on the face.”
Sgt Stewart said another police horse Nerston was also punched later on.

McGuire, a cafe owner from Cardonald, was also convicted of assaulting two police officers and acting in a threatening and abusive manner.

Sheriff McCormick deferred sentence on McGuire for background reports and remanded him in custody.

I suppose Bernadette will be grateful if nothing else.

Official Ticketer
Hopefully he gets a long sentence
Last edited: Jan 22, 2020
B

Official Ticketer
Love how they named the three horses. Did they have to give evidence and identify the accused?
B

What goes through your head. I mean honestly, who punches a horse at the best of times. But one with a copper on it? Seriously

They should never be hurted

What do you expect from a Fenian barista

So what jail time will this clown be looking at?

He's neigh chance of getting off with this.

Wonder what cafe in cardonald he owns?

Always makes me laugh when the age of these cretins is revealed. 36 year old man ffs

Pity the horse never trampled on him. Bizarre behaviour..

Is that the Govan Emerald guy?

Official Ticketer
A cafe owner from Cardonald. Anyone know the name of the cafe ?

Mathias said:
Wonder what cafe in cardonald he owns?
Click to expand...

Someone needs to find out and ask if there are horse products on the menu?

The guy obviously being watching blazing saddles on loop. 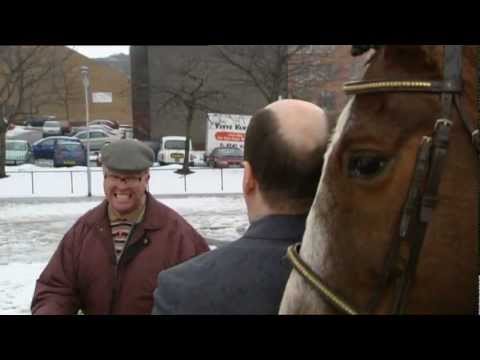 The guy is a weapon as well. A bitter bitter bastard. Hope he gets what he deserves, a long sentence. And a kick in the teeth from on of the horses as well

Well I’m glad to see one of them saddled with a conviction. Hopefully it will spur him on to improving his behaviour and rein in his appalling behaviour.

He looks like he ate one of of the horses!
F

Hope they throw away the key, 36 years old and acting like a wee ned.

What a hard man this yob really is!! Punching harmless animals. FFS i know what i would do with him but its not to be written on a public forum.
L

Any lady's front bottom that hits animals deserves a jail sentence .
Hopefully he will get slapped about by bears in barlinnie.

Govan Emerald Twitter ? I assume will be inactive for a while.. shame

Had a mare there.

Kingstein said:
I'm stunned that the pro Celtic media have actually stated who he supports instead of the standard football fan line
Click to expand...