NEW Kelty Hearts manager Kevin Thomson has revealed Rangers boss Steven Gerrard was the last person he spoke to before leaving Ibrox - and how he plans to take his job one day.
The former Gers youth coach left Govan to take up his first management role in senior football with the Fife side, newly-promoted into League Two. 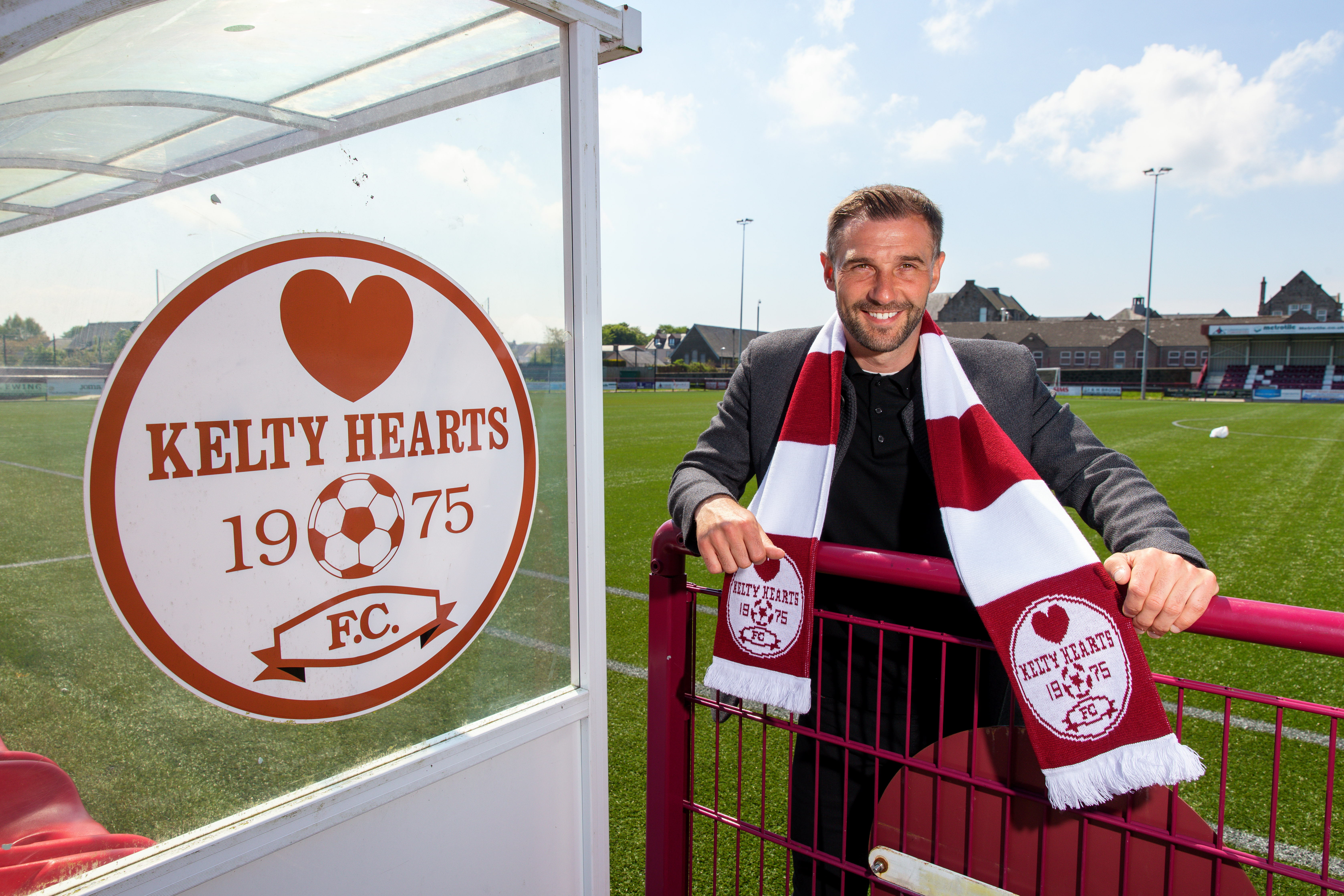 He will replace another ex-Light Blues midfielder at the helm of the ambitious club in Barry Ferguson.
As he prepares to take the reins at New Central Park, he lifted the lid on the conversations he had with Gerrard that convinced him it was the right time to move on.
Thomson told the Essential Scottish Football Podcast: "The gaffer's been unbelievable with me to be fair - to be honest I think he's unbelievable with everyone, he's got time for everyone.
"I never knew him obviously apart form knowing his playing career and how wonderful a football player he was.

"I'd played against him pre-season one year for Rangers against Liverpool but apart from that I'd never came across him.
"So for him to have his door open for a young coach like myself was amazing.
"I'd like to think that it's like that at every club but I'm pretty sure it's not.
"So when I spoke to the manager he did say that obviously our journeys are different - his dream is to obviously get to where he wants to get to [at Liverpool]. 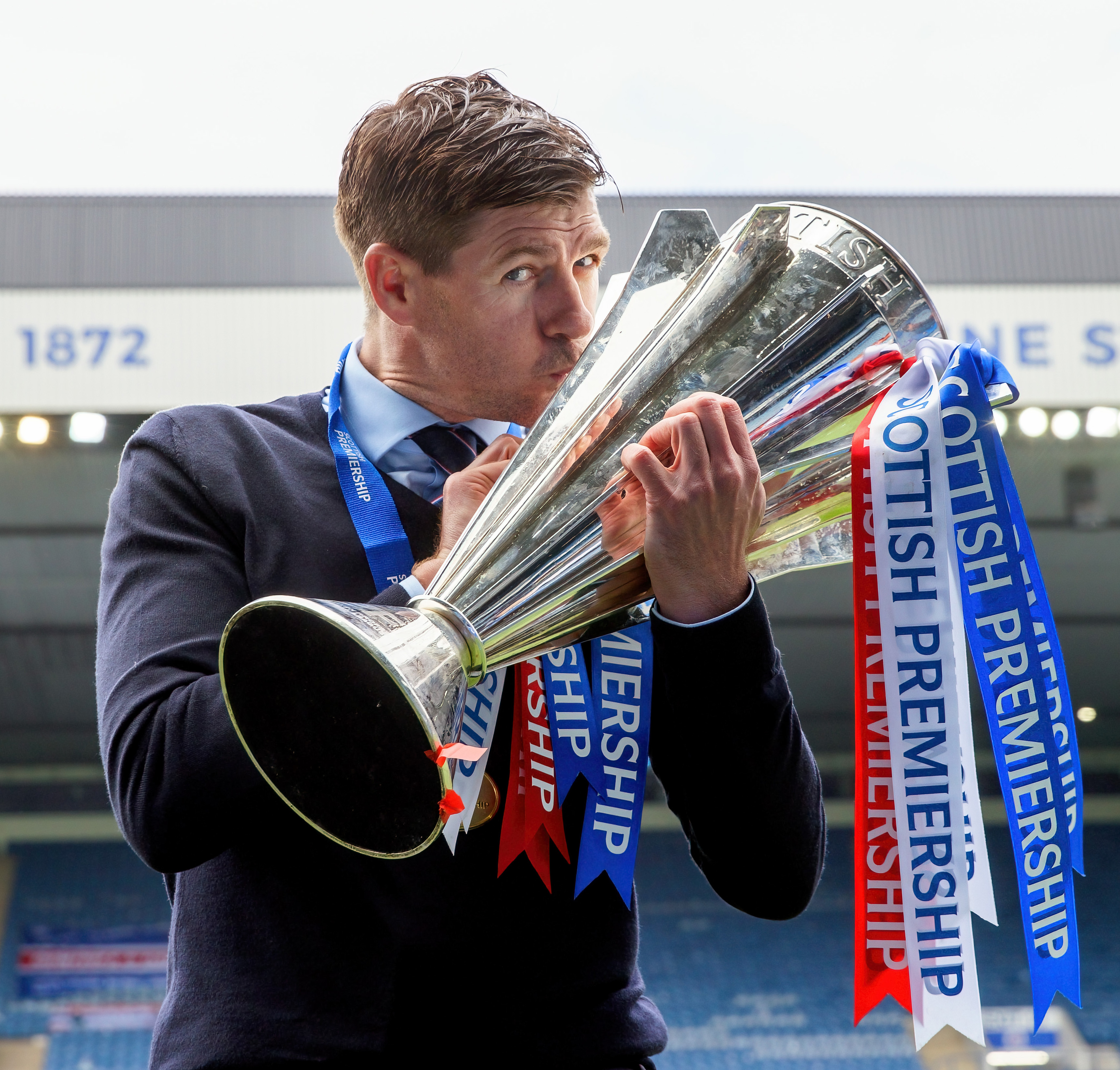 "My dream is to hopefully be in his seat one day and your gut has to tell you whether your path is right.
"He [Gerrard] was actually the last person I spoke to.
"His phone call was the one that made my mind up.
"I felt that he had done what I had. I've done the academy for a bit longer than he did but when I weighed things up and got a lot of advice from a lot of good people, it made my gut feel that it was the right decision."
Thomson, 36, has his own academy that he set up towards the end of his playing days.
The former midfielder, who came through the ranks at Hibs, admitted that he's been waiting for the chance to step up from youth coaching for some time.
He said: "I've been waiting for this day for a long time.
"It's always been my path, always been my vision.


"You need to be bold, you need to take opportunities when they come along and I felt that having a wonderful relationship with Rangers, everyone knows how much I love it and loved working there.
"The club has a massive place in my heart so it was a difficult one but at the same time I think that if I want to get to where I want to get to then it was an opportunity I really had to take seriously and look at.
"Ultimately you do a lot of due diligence, you speak to a lot of people, you ask for advice and in the end it just felt right."

I will be keeping my eye out for the Kelty results.

Hope he does well. Expectations are high at Kelty. I’m sure Rangers and Ross Wilson will give KT every chance to be a success in his maiden role with some loan deals

Best of British to you Kevin

I've had it in my mind for years that he would end up our manager one day.

Hope he proves to be a success and perhaps he may return one day.

One of the few palyera you never hear a single negative word said about. Hope he makes a roaring success of it.
J

I hope his managerial path is always on an upward trajectory. He seems capable, best of luck to him

Hope we send KT some youngsters on loan!
P

Hope he does well and I rate him as a person. He comes across as down to earth with a good amount of common sense. He seems like a good football guy.

I’ll certainly be keeping an eye on Kelly results, really wish Thomson all the best.

Something is telling me KT will make it big in management.

All the best KT. Always welcome at Ibrox

Now to be referred to as KT’s Hearts.

Best of luck to him.

He is made of the right stuff to become a Rangers manager in years to come.

Let’s hope he gets the experiences and success which will allow that to happen.

I can’t remember us playing Liverpool in a friendly.

Cracking guy and absolutely loves our great club, I wish him every bit of success in his new role.

Official Ticketer
more than a hint of Jock Wallace in KT, higher praise I'd struggle to give.

I hope he makes it.

John Collins was his manager at Hibs, so that should have shown him how not to do things.
Best of luck KT. Maybe see you back with us one day.

Amazes me how young Scottish guys struggle to get a better job than Kelty whilst loads of Irish guys seem to get a decent go at it up here.

I’ve said before I hope KT ends up in a senior position with us. Best of luck KT. In my eyes you will always be welcome at Ibrox

WinkieWATP said:
I can’t remember us playing Liverpool in a friendly.

We got hammered 4-0, Novo missed from about a yard out and f*cking Ngog scored for them

There seems to be a bit of money behind Kelty Hearts, brings about a good level of ambition and pressure for him to work with.

Hope he does well. Loved him as a combative midfielder, never shirked a tackle especially against the great unwashed.

Good luck to you KT
A

All of the Lights

WinkieWATP said:
I can’t remember us playing Liverpool in a friendly.

We got hammered, we were horrific and it was preparation for Kaunas game which was also horrific.

I remember Gerrard and Carragher coming out at half time for a jog round pitch after playing first half. They got good reception from our support and and seemed quite grateful.

Good first step for him. Kelty seem to be a club with ambition, so better there than at one of the many 'dead wood' clubs in Scotland who just want to survive as they are. He'll obviously need to prove himself at a much higher level before he'd merit the Rangers job, but I hope he does.

Official Ticketer
His first pick for Assistant was Si Ferry.

For that alone, I’ve totally gone off the idea of him being a capable manager.
A

My mate is his uncle.
KT has major aspirations
All the best KT.

Heard KT at a Heart & Hand night at Ibrox and he spoke very well. He has a visible drive in him. You can see it and it comes through when he speaks.

Good luck KT. With hard work, talent and a bit of luck, then who knows. The Bears will be supporting you from afar.
A

I wish him all the best unless they ever come up against us. He seems like a smashing bloke and a top football man. I hope he’s wearing our managers suit one day. He may be a Hibee but he also loves our club.
G

Good luck to him, he is clearly highly thought if at the club and that will hopefully stand him good stead for the top job if he proves himself elsewhere

Love him. I hope he is the man to take over from Mr. Gerrard in many years to come

All the best KT, I think he will smash it!
always welcome at Ibrox.

Episode 5 of Any Other Business is now live. Stephen Kerr hosts and his guest is former Hibs, Rangers, Middlesbrough, Dundee and Scotland midfielder Kevin Thomson. Kevin runs his own successful football academy and has just left his role as Rangers ‘B’ Tea...

Kevin has turned into a right good Ranger.

Steelshanks Walton said:
I will be keeping my eye out for the Kelty results.

SimonLeBon said:
Kevin has turned into a right good Ranger.
Click to expand...

Not all hibees are dicks
R

Really wish KT the best of luck. I think he’s right to go out on his own at this point, he’s got the drive and integrity to go as far as he wants.

Whitburnbear said:
Something is telling me KT will make it big in management.
Click to expand...

Growler said:
His first pick for Assistant was Si Ferry.

For that alone, I’ve totally gone off the idea of him being a capable manager.
Click to expand...

Why would that be then?

Really hope it works out for KT. Seems a top bloke and comes across well.. all the best for the future

Brennan Huff said:
Why would that be then?
Click to expand...

I think he was referring to the fact that si ferry is a shit for brains cunť.

Might need to verify that but all signs point to yes.

And there was me going we would go for a fat Australian when SG decides to move on !

Krissie said:
And there was me going we would go for a fat Australian when SG decides to move on !
Click to expand...

All the best KT.

SouthLDNBear said:
I think he was referring to the fact that si ferry is a shit for brains cunť.

I guess you're basing all this on his personality on Open Goal despite the fact it's been said by several teammates/coaches that when the Football starts, he's deadly serious & not the fact that he's a highly rated youth coach whose outlook is very similar to KT?

Might need to verify that, but all signs point to yes.

Brennan Huff said:
Why would that be then?
Click to expand...

He’s a podcaster who’s obsessed with unprofessionalism and having “belting” nights out.