PFL clubs have now been given until noon on Tuesday to respond to the Hearts owner's proposal.

But Forfar Athletic yesterday became the sixth League 1/2 club to publicly reject it.

Budge would need the support of at least 15 out of 20 lower league clubs - meaning it definitely won't go to a vote.

Cowdenbeath, Cove Rangers, Peterhead, Elgin City and Clyde previously said they were against the plans.

Championship clubs are also expected to block Budge's bid - with the Hearts' hopes of avoiding the drop now doomed.

The Jambos could play next season at Murrayfield along with Hibs after both clubs were offered the use of the home of rugby to host their matches during the 2020/21 campaign.

Both clubs could face vastly reduced crowds whenever fans are allowed back into stadiums due to strict social distancing rules that would slash stadium capacities.

But BT Murrayfield has a capacity of over 67,000 making it over three times the size of Tynecastle and Easter Road, both able to hold just over 20,000.

Hearts have used the home of Scottish rugby in the past, playing four times in the 17/18 season while refurbishment works took place at Tynecastle.

In the four games they played, they picked up a win, a draw and lost to both Rangers and Kilmarnock.

Lawyer up or get yer Championship COVID-19 Test facilities on the go!

For what it is worth my own opinion is that she has invested so much in this and she has the backing of Hearts supporters to do so - she will go legal.

So the blame has been stuck on some lower league clubs?

Oh dear. Will she go to court?

So whats the other thread about regarding us putting forward a B team proposal if it's dead in the water?

Don’t worry, we’ve made a proposal to save Hearts..

LOL their shareholder bribing lower league clubs, take the cash and say no.

Get it round you

Mani said:
Why are we waiting on hearts to go to court? We were denied the chance to win the league and access to CL league funds? The league was given it wasn't won and it was given through bribery, coercion and corruption and we want hearts to go to court for us? What happened to all our big fighting talk have our boards balls dropped? Sick of Scottish football there is no sport or joy in it it's a complete joke and the most corrupt in Europe.

A prick like lawell running it and we back down to that prick? We should be calling him out and going for his throat.

They'll get what's coming to them soon enough.
Click to expand...

The fact we are playing ball with the reconstruction process tells me that despite the bluster we have no intention of going to court.

Talk of challenging the status quo, was just that, talk. We have been shown to be as weak willed as ever. I’m really disappointed, I thought this board was different

Wow i am so surprised...

At least the SPFL now know she has a wealthy backer should she choose to go legal, and she should.

Not surprised one little bit.

Why are these clubs not voting for the greater interest of ceptic, sorry Scottish football and voting in their own interests, are they pissed off they didn’t get offered a glamour friendly 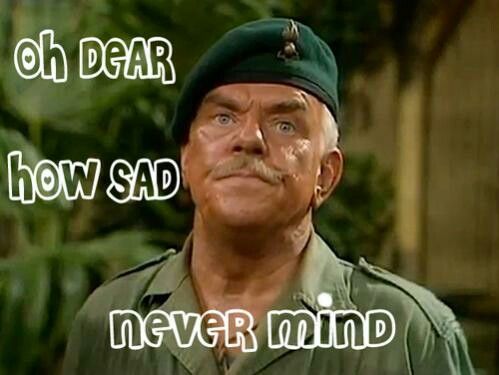 Mamabear said:
Oh dear. Will she go to court?
Click to expand...

No chance, Budge and Hearts don’t have it in them.
V

The fact they haven’t so far has been a disgrace.

Sure they will just ignore the no votes, push it through and pay off the no voters to change their mind

Its embarrassing when the top man in charge(who in the life of me should not be in charge of jobbies) says, but what will make you change your mind ---is this corruption or am I daft...
D

There were two obvious options for the SPFL -
1. Play to a finish, even if it meant shortening next season
2. Null and void and a sweetener to Dundee Utd to shut them up
Instead they took (were forced into?) the middle route, which satisfied their overlord Lawwell, but which meant ongoing chaos and a forever skewed history book (Ie no ‘10 in a row‘).
Well worth the circa 400k we’re paying Doncaster - what an administrator he is, the gormless, spekky vagina.
V

Or cut the strings that weren’t attached?

For what it’s wirth, I think it will happen.
I

The next plan should be funny to see.

Spoke to a Jambo in work today, he said "we will get financial sweeteners, the tims will buy a few players from us, so we can ensure we get promoted next season, so don't really care"
There we have it, a compliant bitch.
D

Virgil Hilts said:
Or cut the strings that weren’t attached?

For what it’s wirth, I think it will happen.
Click to expand...

exactly , what no Hearts in top league --fuk you all--corrupt to the core
D

top_cat said:
Spoke to a Jambo in work today, he said "we will get financial sweeteners, the tims will buy a few players from us, so we can ensure we get promoted next season, so don't really care"
There we have it, a compliant bitch.
Click to expand...

The fact they haven’t so far has been a disgrace.
Click to expand...

Can they though? After twice trying to neg a way to keep Hearts in the top div with the very people they would be taking to court?

Relegation fodder being in charge of league reconstruction? fcking LOL

When are all these fucking dimwits gonna collectively sit down and realise they've all been done up like haddies? Seriously
D

Can’t have it both ways

Donnyg12 said:
unfortunately the Hearts are shite and who have no one worth a dime --sook the pape boaby die with it //////
Click to expand...

I don't disagree, but their support appears to be compliant...

The SFA/SPFL executive committee is our enemy. And if you dont agree then scottish football is not for you. We will never have a better time to cleanse the lot, and we need hearts for this.

A fk was once given. Unfortunately that boat has long since sailed