Better than you for sure!
Will wait to see if he is better than the original BL!

You can just see Kent absolutes hates them
R

Bigbluebear said:
That today was Kents best performance for us. He was fucking magnificent. We haven't had a player that they fear as much since the days of Albertz and Laudrup.
Click to expand...

Just coming on to post the same, easily his best performance for us

On the sky coverage Crocker says “oooft.” as Kent does it.

Gary said:
Kent is the only player to remind me of Laudrup since Laudrup.

Every time he has the ball you just know something amazing can happen at any second and the defenders can do nothing about it. I can't believe I am comparing anyone to God himself but that's just how good Kent looks right now.
Click to expand...

He has a threat about him that God had every time he received the ball. If Kent can get the goals to go with the skills, he may get to a similar level to God, but he has quite a way to go yet.

It's the change of pace he has, can go right or left if he's running at you the defender has little chance

Zapp Brannigan said:
Someone needs to get a slow-mo version sorted so I can work out what he actually does with his feet!
Click to expand...

I agree, but until then here's another version, and the third angle (parallel with the 18 yd line) makes it easier to see what he did.

I still have no clue what he’d did, even in slow motion!
G

Can somebody come up with the Aribo dance down the touchline.
E

He left Taylor in a totally different postcode. It is amazing what Kent is capable of.

One of the best standout Old Firm performances in recent years. He deserved a goal for his efforts yesterday. Unplayable.
K

Remember the outcry over Oduwas's rainbow flick at Alloa.

Have watched it over and over and still can’t figure out how he does it. I leapt off my sofa and applauded at the time. It was outrageously good.

My son who doesn't really bother too much about football but watches the games with me just let out a roar when Kent sent Taylor to the shops!!!!

Hey come on no need for that, this is a family forum

You can just see the fear in their faces when he picks up the ball and runs at them.
R

A skinny boy did it and ran away!!

You can see they are terrified to go near him at points in that video.
J

Preposterous bit of skill, top drawer. Taylor had no idea where he was

He was like the kid in the school playground who's miles better than everyone else on Sunday. He was basically walking through them at will.

An incredible display from Kent. Unplayable.

The amount of this (and much more) not shown on Sportscene is an utter disgrace and an embarrassment. Couldn't believe the highlights I witnessed after having watched the game in full live.

celtic propoganda at its finest. Honest fans of the Scottish game being cheated and disrespected as usual, for the cult agenda.

Really think Aribos bit of magic deserves a video as well, since that too wasn't deemed 'entertaining' or 'skillfull' enough to make the highlights package. 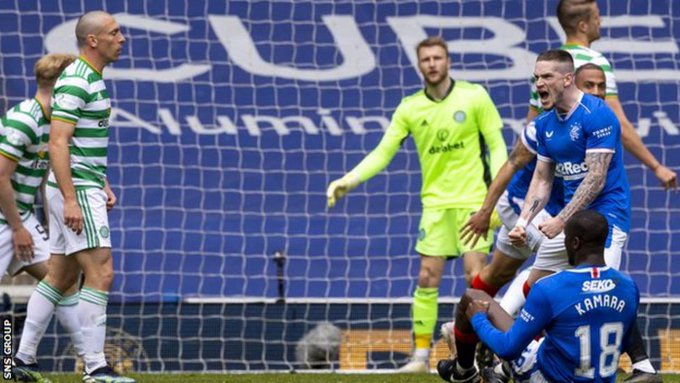 Look at Kent hammering it into lego here.
Click to expand...

I like to think, that on their first day at the club, each of our new signings are forced to sit down and watch videos of that lady's front bottom and his pal Griffiths among others rubbing it in and laughing at our club. And told you need to hate them and treat them with that same level of disdain.

Should come with the obligatory warning that no animals were hurt in the making such are the wounds he appears to be inflicting upon them.

TQ3 said:
He has a threat about him that God had every time he received the ball. If Kent can get the goals to go with the skills, he may get to a similar level to God, but he has quite a way to go yet.
Click to expand...

Tbf, put of 4 seasons, Laudrup only had good goalscoring season twice. His 1st and 3rd season scoring 13 and 20 goals respectively. His other 2 seasons were poor from a goalscoring pov. Think 6 in both seasons.

Laudrup was better, no question but I don't think sating once kent adds goals to his game he would get to a similar level.