Lawwell poodle Matthew Lindsay scraping the dregs from the barrel

derbybear said:
The insane thing is that it has taken them until Sunday to realise they canny defend crosses and the the best thing is that Neic doesn't know why.
Click to expand...

Every man and his dug has known that for a long time, it’s just Lennon and Lindsay that are just finding out now.
T

Not at all but adds some perspective

We could have been 7 points behind them last season if they hadn't called the league early.

I always thought he leaned towards us?

Did he not write for the Evening Times in the pro Gers column?

broxi87 said:
We could have been 7 points behind them last season if they hadn't called the league early.
Click to expand...

Wasn't it 13 points with a game in hand and two games against them to come?
Surely by their logic, we could have gone into the final four games only four points behind?

"... and we would have gotten away with it too if it wasn't for those pesky other teams"

bilkobear said:
Wasn't it 13 points with a game in hand and two games against them to come?
Surely by their logic, we could have gone into the final four games only four points behind?
Click to expand...

I think you are right!

Absolutely ridiculous that they would try and devalue our win when they are playing the same 11 pretty much as last season.
Only with £20m-£30m worth of upgrades.

A moot point with little in actual analysis, surely this only works if games are reviewed to see how many goals they have actually scored from poor defending at set plays? Smacks of desperation which is nice

"Not having any fans cheering them on from the stands because of the pandemic immediately put them at a disadvantage too."

The sheer arrogance to think only they are affected by having no fans.
P

gersrus71 said:
If yer Auntie had baws and all that
Can’t believe someone gets paid to write that shite based on what ifs
Click to expand...

You have literally stolen my thoughts!

What a joke article

Tino_Col said:
Yeah, and I should have fucked Dale Evans, but I didn't!
Click to expand...

Dale Evens! You're giving your age away there mate, you must be ages with me and I wouldn't argue with your comment.

Damn those fatal flaws of not actually being very good at playing football.

derbybear said:
The insane thing is that it has taken them until Sunday to realise they canny defend crosses and the the best thing is that Neic doesn't know why.
Click to expand...

And who did Lennon have marking - Laxalt

Their fatal flaw....oh hang on yes that's it - they've been shahite this season in every game and all over the park, THAT'S the fatal flaw isn't it?

Desperate stuff. If - the biggest word in football

Bowery Boy said:
THIS has been nothing short of a car crash of a season for Celtic in which everything that could possibly go wrong pretty much has.

The Parkhead club’s chances of completing 10-In-A-Row in the 2020/21 campaign were jeopardised from the very start by the fact that some players wanted to leave last summer and were prevented from doing so.

Not having any fans cheering them on from the stands because of the pandemic immediately put them at a disadvantage too.
After just two competitive matches, their momentum was disrupted when Holyrood requested that two of their games were postponed due to Boli Bolingoli breaching coronavirus lockdown protocols.

James Forrest and Christopher Jullien, automatic starters for Celtic on the wing and at centre half respectively, also suffered serious injuries that ruled them out for long spells.


And Albian Ajeti, Vasilis Barkas and Shane Duffy, new signings of whom so much was hoped and expected, failed to justify the substantial outlay it took to secure their services and make an impact.

The weakness in their armoury may not be as headline-grabbing as their left back playing in a Premiership game just days after returning from a whirlwind visit to a country on the government’s red list that he had failed to inform them about.

Rangers centre half Connor Goldson capitalised on that weakness in the first Old Firm game of the season at Parkhead back in October when he got on the end of a James Tavernier cross in just the ninth minute and nodded beyond Barkas.

That last game was played while most of the Celtic squad and management team was in quarantine after their ill-fated trip to the United Arab Emirates. But when they returned against Livingston at the Tony Macaroni Arena the following week Ciaron Brown was allowed a free header in their box at a Julien Serrano free-kick and put the hosts in front.

Against St Mirren at Celtic Park just 10 days later, Edouard cancelled out a Kristian Dennis opener in the first-half only for a Kristoffer Ajer to fail to deal with a Joe Shaughnessey throw-in wide on the left. Kyle McAllister crossed to Ilkay Durmus who volleyed past Bain. Then came White’s winner at the weekend. It is
Click to expand...

This is an absolutely astonishing piece. I think they’re setting Lennon up to stay on tbh.
On another note I would say, I wish we were afforded this type of revisionist fantasy. The sycophantic tone and downright ignorance is really something to behold. It’s akin to “if Pedro wasn’t shit Rangers would have won the league”.
I’ve read a lot of garbage in my life but this is genuinely one of the worst most bizarre articles I’ve ever read.
What an absolute cuck.
G

So that explains it, poor Celtic were pish because their fans couldn’t be there to support them.

Just as well the rest of us were fortunate enough to get in to see our teams and shout them on to victory.

“Not having any fans cheering them on from the stands because of the pandemic immediately put them at a disadvantage too...”

How the f@ck does that work? If you don’t have a partisan home support that might be described as an “extra man,” that means you have parity with the opposition. You’re not at a disadvantage, surely?! It’s still eleven v eleven. What a bizarre mindset.

Good teams have a great spine. They have three goalkeepers who make Carl Muggleton look like Dino Zoff and a central (non) defender who makes Pierce O'Learly look like Richard Gough. Their midfield can't run aboot for more than 60 minutes and their only decent player shows up about 4 times a season. His strike partner makes Steve Fulton's appear like Mo Farah. That's why they can't defend and are generally very average. Up against arguably the best, and certainly the fittest Rangers team in 23 years, yes they are going to lose, and as Trump would say "Lose bigly."

They also have a girl at full-back who is so bad her parent team don't care if she plays against them. The only player they can rely on to score in big games is Callum Macgregor, unfortunately not for his own team.

But the one thing they have wrong, Rangers.

In all seriousness, their fatal flaw was their arrogance. They just couldn't fathom that their preTENd accomplishment was under threat. They bought a big donkey just because he was a fenian and wrongly assumed we'd be nowhere near them. SG has improved us year on year and since lockdown he has put the work in to right the mistakes of last season. They believed their own hype and didn't notice the decline in their side. It's a real shame. Some might say a travesty or a disaster!

Not me though! WATP
H

Hes laying the groundwork for Lennon to stay on. More of these articles will appear, kidding on they were incredibly unlucky. The truth is they are miles off us now. Performances in the Old Firms and Europe are the benchmark and the results speak for themselves.
L

Craig McColl said:
Not clicking the link. But is the fatal flaw not being able to defend set pieces?
Click to expand...

losing twice to us, once to Ross co, once to st Mirren and numerous draws...
V

If I had an egg I could have egg and chips if I had chips.

nelster said:
Helpful graphic to force home the point about their utter pish that this season is wildly different to their previous efforts

SSR said:
"If they had dealt with the dead ball deliveries and throws into their penalty box and just outside their area more effectively they would be just seven back with two meetings with their city rivals to come in their final eight Premiership outings. Leagues have been won from far worse positions"

Can't believe that was actually published

Including the piece "...and just outside their area..." is absolutely hilarious.

Surprised this embarrassing load of trash didn't include "and if they had won more tackles on the half way line", or "if the keepers had stopped more shots".

This article is from the Chief Football Writer of the Herald - a once respected national newspaper.

Scottish football "journalism" once again takes the lead in the race to the bottom.

Don’t remember these articles last year about how we’d be top if we got some correct decisions and had some better luck/less individual errors! Funny that.

but it’s all better for us as means they aren’t really looking at what they need to do, just deflecting as usual.

Embarrassing guff from another kiddy on journalist.
They really do embarrass their profession on a regular basis. 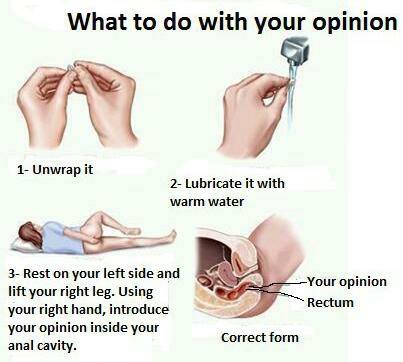 Rangers could be 24 points ahead of Celtic if it wasn't for silly draws against Hibs, Motherwell and Hamilton.

I can't wait till we have good team and not a shite one like we have right now,
just think how many Titles we'll win then! Bwhahahaha...
They still believe we're shite!!!
It makes it all the sweeter!!!

What’s his point...if 7pts behind they would have a good chance of catching us ?

The irony of this is that last year if we beat them at Ibrox we had a good chance of being 7pts behind, however nobody gave us a chance, which made it easy for them to wrap up the league.