RS_Jam said:
He should be nowhere near the starting line up.

Clearly has a massive influence which, of course, if we were winning wouldn’t be a problem.

However we are losing. Losing to the league bottom sides.
Click to expand...

We were playing better when he wasn't in the team,played one good game against Hearts and it's as you were after it,how he can call the shots and come up short in games is shocking,if he is coaching well he's coming up short in that as well. He should be anticipating Morelos' game and rising up with him,but does not offer himself,feel sorry for Mo, if the rest put in as much effort,we'd have some team.

Duranman said:
Were the goals his fault? A lot of bigots on here. He is far from the worst. Miller threads should be banned on here.
Click to expand...

Bigots hahaha right you are doll

Miller on the evidence of his performances this season is done! He shouldn’t start another game for Rangers
S

Last old firm match Pedro had made Dorrans captain he then brings Miller on as a sub Dorrans hands the captains arm band over which I thought strange pretty sure Pedro said in a press interview he questioned it, not long after that Miller got dropped. Must be some influence Miller has in the dressing room to cause that or Dorrans shat himself with the responsibility

The warm up footage last night showed a few minutes of the team doing passing drills, Millers there taking part obviously but applauding as if he's coaching them and I thought murty was the caretaker manager

Good god some have gone full retard on this thread.

StephenHawkinsfitbawboots said:
Miller on the evidence of his performances this season is done! He shouldn’t start another game for Rangers
Click to expand...

If he gets his wish, he'll be helping to pick the team, rather than playing in it.

I don't think we can say that Miller is running the team because he claps people during passing drills. However, I feel quite sad that after a great couple of seasons, it's suddenly become apparent that time has caught up with Kenny. In a very short space of time, he is now showing his age.

cav said:
Jacrispy said it on the first page of this thread - Km is now a cancer to the club that needs cut out.

Those that want to remain in denial are just making themselves look stupid.
Click to expand...

You bothering to like ....watch us yet mate? Or just taking FF chat and running with it

BobbyShearer55-65 said:
If he gets his wish, he'll be helping to pick the team, rather than playing in it.
Click to expand...

In that case he should be shown the door

StephenHawkinsfitbawboots said:
In that case he should be shown the door
Click to expand...

I've a sneaking feeling he's going to end up as a part of our new management team. No facts, just a hunch.

He’s absolutely done but won’t accept it. Pedro was absolutely right in dropping him but obviously he has influence because it’s not his performances that are getting him picked
M

Some of the posts on here are ridiculous Kenny Miller has scored over 100 goals for us including vital goals against them.
Yes he is getting to the end of his career and he is being asked to play out of his position,but to question his value to the team is just nonsense.

Islandblue said:
He’s absolutely done but won’t accept it. Pedro was absolutely right in dropping him but obviously he has influence because it’s not his performances that are getting him picked
Click to expand...

Miller is a waste of space. Will always give 100% for himself and is exactly the kind of person you don't want in a dressing room.
Whether it's his below average first spell, his fucking off to turkey midway through a title challenge, his abysmal season and a half in the championship or his one good game since March 2017, the facts are plain to see. He's been a man down more often than not in his three part Rangers career

I was in a tiny minority who were dead against him getting his extension at the time. People are now realising why.

Was dreadful again last night. Starting games and being captain is beyond a joke.

MoodyBlue1872 said:
I was in a tiny minority who were dead against him getting his extension at the time. People are now realising why.

Was dreadful again last night. Starting games and being captain is beyond a joke.
Click to expand...

It's a shambles mate

Official Ticketer
I’ll stick with where I was months back. In a game like Friday, when you get to 65-70 mins and it’s all going Pete Tong, you pull Miller off the bench and tell him to cause chaos in a tiring defence. His role should be impact sub and if it were I suspect we’d not be in the mess we are.

To be fair he is probably the best at it as the corners we take are woeful and don’t get past the first defender at knee height, I can’t believe how bad we are at taking them . Nemane took one v Hamilton and it was like watching an under 12 game when the wee laddies toil to kick the ball 20ft never mind 20m

BobbyShearer55-65 said:
If he gets his wish, he'll be helping to pick the team, rather than playing in it.
Click to expand...

If he gets any kind of managerial role or even a coaching role, there will be a serious problem come season ticket renewal time.

Was just watching cjnovo. Anyone else agree that Miller doesn't like Herrera?

Reminds me of those stories that Cantona didn't like Andy Cole and wouldn't pass it to him.

Okay, Miller is no Cantona and Herrera probably has a bit to do to be considered equivalent to Andy Cole, but is this possible in modern professional football?

DavieDodsUndergroundSquad said:
Was just watching cjnovo. Anyone else agree that Miller doesn't like Herrera?

Reminds me of those stories that Cantona didn't like Andy Cole and wouldn't pass it to him.

Okay, Miller is no Cantona and Herrera probably has a bit to do to be considered equivalent to Andy Cole, but is this possible in modern professional football?
Click to expand...

When he scored at Murrayfield for his second he totally blanked Herrera who obviously was ready to celebrate with him. Curved his run away from the lad.

Miller doesn't work in an office or a factory for two/three hundred quid a week...he lives a very privileged lifestyle, is paid handsomely and has the type of career most on here whould love dearly...he has no need to isolate or despise young men who've barely been in the country six months. No smoke without fire and there's been enough surfacing since the summer of what he thought of new arrivals and I've seen his manner towards some of them and it doesn't look favourable.

The main factor in all this for me though is he is done at this level. He's lucky if he can offer one good game every couple of months now. He should have been used as an impact sub since the summer but his immaturity, and it's there to see, has made me want him out the door as soon as it can happen now. He should have gone right before Pedro.
C

For Miller read McCulloch. Big Lee was allowed four years at thd club when he coukd not run. We seem to allow these guys to take over.

Miller is just desperate to play and snubs or bad mouths anyone he thinks is a danger to his starting position.

I doubt that Murty has the balls to stand up to him but the new man would be well advised to get him out of the club asap.

His day has come and gone. Whatever he might think he is not a winger and definately not a midfielder.

It might come as a surprise to some I like the biggest majority of Bears take no pleasure lumping Kenny with criticism,We can remember him scoring some great and very important goals for us in fact we have some great memories of Kenny Miller but he himself is in danger of tarnishing these memories by over staying his ability,He could learn a wee bit from the McCoist experience who's determination to flog dead horse took the shine off a fantastic playing career..

Without completely regurgitating a post I started a few weeks ago, I still believe that players should concentrate on their personal preparation to ensure they are at peak levels for the 90 minutes to come. When they troop off at the end of the game, they should have left everything on it. We as Rangers supporters demand nothing less.

I do not know if Miller is part coaching the team. One thing I do know is his agent has gone very quiet since Kenny returned “in triumph” at Murrayfield. That indicates to me that Miller was briefing against Pedro. For me that is unforgivable. I have my own thoughts about Pedro but the responsibility of Rangers players is to give their manager and, by inference, Rangers everything.

Every player needs to understand it is a privilege to play for Rangers. There are a large number of players who I have had the privilege seeing playing for us. None of the current senior players or imports fit into that category.

I was happy to see him get a 12 month extension on his contract as he played reasonably well last season and scored a number of vital goals. His form this season, with the exception of the game at Murrayfield, has been unacceptable.

I acknowledge Kenny Miller’s service to Rangers. It is time for him to leave us with whatever dignity he has left.

Every player eventually just gets old and shite.

Standards1972 said:
Every player eventually just gets old and shite.
Click to expand...

The Ultimate Warrior said:
You bothering to like ....watch us yet mate? Or just taking FF chat and running with it
Click to expand...

There are plenty of bears I'm happy to debate with on here,but I avoid the trolls as often as possible.

I'll leave it at that.

“I’m not going to sit and go into all the details of what went on and what never went on because the bottom line is it wasn’t a lot.

“The manager chose to act in a certain way and if he had made things clear it might have been a lot easier.

“If he had come and said it was for footballing reasons or whatever reasons but there as a lot left open, a lot of grey areas which I’m not going to go into because I’m over it.
Click to expand...

A man who genuinely thinks he's bigger than the club.

I think it’s clear now that Miller is done, anyone trying to justify his place on the team never mind at the club need to have a word with themselves.
A

Official Ticketer
Sorry for bumping such an old thread but

Angrybluebear said:
Sorry for bumping such an old thread but

That’s a bump right out of the blue

Dougie Gray said:
That’s a bump right out of the blue
Click to expand... 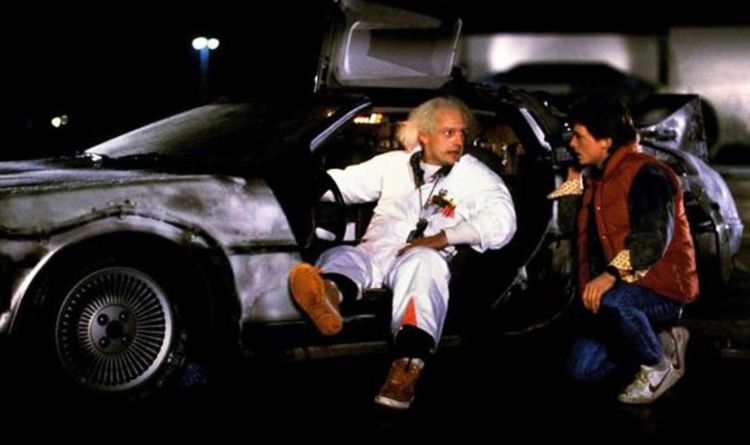 Not wrong there!
surprised Tav wasnt dug up on this thread lol
P


Well not quite that length of time.