Disappointed to lose a lazy goal at the end. McGregor will be looking for blood in the dressing room.

But let’s face it, we won that in a canter.

Able to rest a few for Thursday, which was good. Another reasonable run out from Wright. Simpson unfortunately joining with the rest of the defence at their goal.

And of course and more importantly 3 points. Another one bites the dust.

Like Stevie calling them Dundee, that will annoy a few.

I thought Simpson was alright to be honest.

He hasn't played a lot of football recently, so he was rusty at getting out and closing down the shot.

Helander and Goldson weren't closing down too well in the first 25-30 minutes either and the difference between losing the clean sheet early and late was the quality of the shot to take it past Shagger. 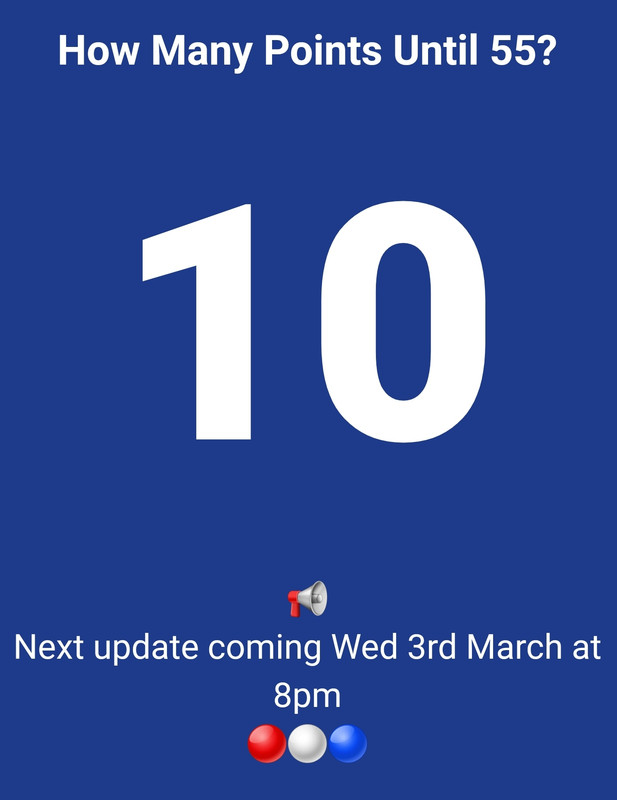 Despite three decent chances early doors for Utd by their own work rate rather than sloppy defending from us I thought the team looked better organised albeit slow to get going.

They played today with a good deal of fluency weren't as hard pressed in a one on one today showed why with a wee bit of time on the ball they can find the right pass .

Joe Aribo today was excellent worthy motm his dribbling at the dug outs was joyous to watch as was his performance in the game .

The goals varied though they were all had decent purpose about them from the build up play all in all a great team performance compared to the chronic face offs against St Midden and Kilmarnock .

Official Ticketer
8 goals scored in a 4 day period. We’re looking great for a last 16 place in the Europa League, and another huge step was taken today towards title number 55.
This Rangers team is fantastic. Even on a day when we were a bit rusty for the first half hour, we got the job done with room to spare. I’m absolutely loving it.

How class is it listening on RTV to Neil & co speaking to the manager? Right into techie detail and all about the football.

Brilliant performance after the first 25 minutes, aribo has the feeling of pre injury when he was sensational. Brilliant to see that hunger and responsibility shinning through.

Robertjohn said:
Disgusted with comment about Simpson not being good enough. How any one can judge a player on 30 minutes beggars belief.
Click to expand...

Aye. Gerrard and his team have obviously scouted him. Still 30 minutes and the Bournemouth message board have sealed his fate. Fucking laughable.

It is single digits because it would be a miracle if 9 doesn’t do it.

In reality we’re winning this by double digits.

Incidentally balogun is such a powerful runner, close 2nd alongside kent for motm but for aribo brilliance.

Awesome interview by the manager on RTV. Speaking about the players working out the tactical problems before the management could fix it themselves.

Gerrard didn't sound too pleased that Jack didn't report it when initially happened after 10 mins.

Mr_Miscellaneous said:
I thought Simpson was alright to be honest.

He hasn't played a lot of football recently, so he was rusty at getting out and closing down the shot.

Helander and Goldson weren't closing down too well in the first 25-30 minutes either and the difference between losing the clean sheet early and late was the quality of the shot to take it past Shagger.
Click to expand...

He made an error that led to the goal.

However, he's came on as a sub after not playing for over a month.

It's unlikely that he was going to be entirely up to speed.

Some dodgy bits near the start and the end but overall a good win. Well done to all the players and management.

GranvillusClutterbuckus said:
How class is it listening on RTV to Neil & co speaking to the manager? Right into techie detail and all about the football.
Click to expand...

Breath of fresh air, knowledgeable and articulate with real insight. I just need RTV to stop buffering and freezing.

GranvillusClutterbuckus said:
How class is it listening on RTV to Neil & co speaking to the manager? Right into techie detail and all about the football.
Click to expand...

Knowledgeable experts discussing the actual football. Shouldn’t be revolutionary but of course it is in this tabloid cesspit.

It was a good interview with good questions and the tactical stuff - light years ahead of any other broadcaster.

I love RTV, its excellent just wish it would run on for another couple of hours

Simpson will get a good idea now of what is expected of him.
Helander has a habit of drifting out of defence and then not winning the challenge and putting us under pressure. Needs to sort that out.
Great result though, 3 more wins!

If Dundee Utd play against them at home in the upcoming game like they did today they will beat them.

3 points, almost champions. Am I allowed to be disappointed about losing a goal?

Anything official from Gerrard about Tav? Great to see Balogun filling in well.

He is a different player in Europe as opposed to the league.

Another convincing win, another three points, another week closer to being champions. That makes for a good day at the office for me.

If we are honest we really struggled to get a foothold in that game and could easily have been two down in the first 30 minutes. However, once we got the breakthrough it seemed to knock the fight out of utd and there was only going to be one winner. Yes, three of our goals were fortuitous, but you make your luck with endeavour and we showed plenty of that today. This team has shown they are capable of winning every conceivable way possible and today was just another example of that. Once again we saw some beautiful one touch football from the team, but we also saw a bit of slackness in central defence, which is something we need to eliminate. However, given today was sandwiched between two demanding European ties, and we still won by a convincing margin, that'll do for me

Voted Aribo...
McGregor kept us level a couple of times. Could have got it.

In honour of our feathered friends who bedevilled the match.

Bottom Line said:
Really looking forward to a convincing victory and Aribo,Hagi,Kent and Alfie setting about this lot today
Click to expand...

I rest my case M`lud

Kit_ said:
Back four fell asleep at the worst time there
Click to expand...

I gave my vote to Balogun, but could have easily given it to McGregor. I knew most of you will have opted for Joe, but wanted to show my appreciation for his closest contenders

Papers will all be about Morelos. I saw him give one of their players a dirty look at one point. I wouldn't be surprised if they ask Gerrard about it and get the new compliance officer involved.
C

Burnbrae said:
3 points, almost champions. Am I allowed to be disappointed about losing a goal?
Click to expand...

Official Ticketer
It's not that often you get over 90% agreeing on MOTM but Aribo certainly deserves the accolades today.
In fact if it wasn't for Greegs pulling off a couple of great saves it would be close to 100% agreement!

I wonder who is gonna win this league

Its a head scratcher

Had to go out this afternoon,didn't see the game but delighted to get home and see we had won again.
3 points in the bag, 3 more wins and it's all over.

I hope today’s performance will now silence those knuckleheads who think Joe is ‘poor’ or ‘lazy’ or ‘average’
He will make us as much money as Kamara when he is eventually tempted to the EPL
Until then - Go Joe!

I don't agree with that at all, but if you don't see the difference in our games where he was suspended compared to today and the Antwerp game then I doubt it's worth arguing with you.

The Thing with him, had a couple of Windows to do something in the first half an hour

after 30 minutes we took control, it ended up Child's play