For anyone needing a good laugh on Saturday Evening: 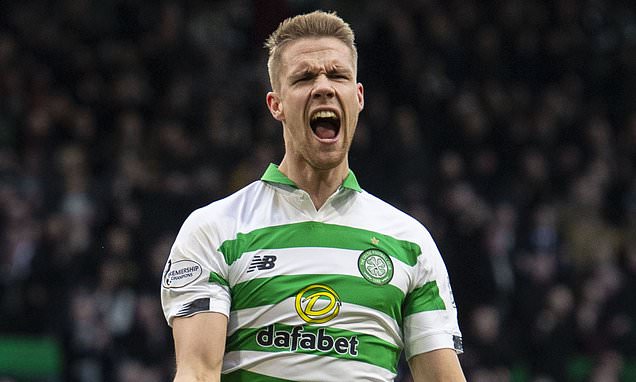 The defender has been integral to Celtic and his form has attracted interest from Real Madrid who are targeting a long term Sergio Ramos replacement according to Mundo Deportivo.

Real Madrid are assessing whether to make a surprise summer move for Kristoffer Ajer following his impressive showings in the Scottish Premiership this term.

The Celtic star has been an integral part of a defence which has just helped the club win its ninth top flight crown in succession.

But his impressive form is now attracting attention from outside of Scotland, with Madrid among the teams monitoring his situation according to Mundo Deportivo.


They face a tough battle for the 22-year-old's signature with Paris Saint-Germain, Manchester City and Leicester City also showing interest.

Madrid are looking for a long term replacement for Sergio Ramos whose contract expires next summer as the 34-year-old approaches the end of his career.

Dayot Upamecano of RB Leipzig remains a priority target but Ajer could provide a more tempting prospect at a significantly smaller transfer fee.

Ajer has also attracted interest from Paris Saint-Germain, Manchester City and Leicester City
Ajer still has another two years to run on his current deal at Parkhead and Scottish side will be under limited pressure to sell the defender.

Standing at nearly two metres tall he possesses an aerial threat but is also comfortable with the ball between his feet.

The Norway international has been a big success at Celtic having arrived from Norwegian side Start for around just £500,000 in 2016.

Wrong on two counts.
They did not WIN a 9th title and there’s no f**k**g way they are after that clown.

Fcuking stop it, nearly pished myself laughing there. The funny season has started right enough

This was my favourite bit of the article

Yup, cos the scum defence has been soo good in Europe!

Keeping an eye on, in other words, please tarriers, love us, look what shite we can write

Much they selling him for £5billion
I

Ha ha best bit is they will believe it. What utter rubbish.

Disraeli said:
Cue him being sold to Bournemouth for an undisclosed fee in a couple months
Click to expand...

Bournemouth would be a step too far as well he’s rank.

I think we can safely say that is an absolute load pish and f ucking shite.

That's up there with Bobo Balde being the new Lillian Thuram.
C

Well that takes the heat off the Pochetino to Rangers thread.

What you mean they were shite

Incredible story this. They are planning to replace one of the world’s most decorated players of all time with....a boy who gets thrown about like a plastic bag in a hurricane by Lyndon Dykes.

Looking for a tall ball boy for the training ground, he can reach that tree just behind one of the goals.

What an embarrassment, seriously, the only people they will fool are tarriers!

I honestly don't know a Yahoo who rates him

This has lifted my weekend lockdown depression. Pmsl

Na they have Brendan down there now to give them a little deal when required.

I know Alfie never scored in league Cup final and missed loads chances but he terrorised that Ajer to the extent he was celebrating and fist pumping winning a tackle and getting the throw in.
I

Its contract renewal time. Agent doing all this to get ajer a better contract at that lot. Just made up nonsense

IrvineLoyal said:
I know Alfie never scored in league Cup final and missed loads chances but he terrorised that Ajer to the extent he was celebrating and fist pumping winning a tackle and getting the throw in.
Click to expand...

Liz Hurley is after me

"They face a tough battle for the 22-year-old's signature with Paris Saint-Germain, Manchester City and Leicester City also showing interest"