Mad John said:
He’s a stick on for doing something outrageous when we play them.
Click to expand...

He will try to end someones career, game means nothing leauge is donw, and he will try to get back in the good books of the hoards.
B

Not so fun now is it son

Please God let Alfie score the title clincher at the piggery and celebrate right in front of the lego muncher! 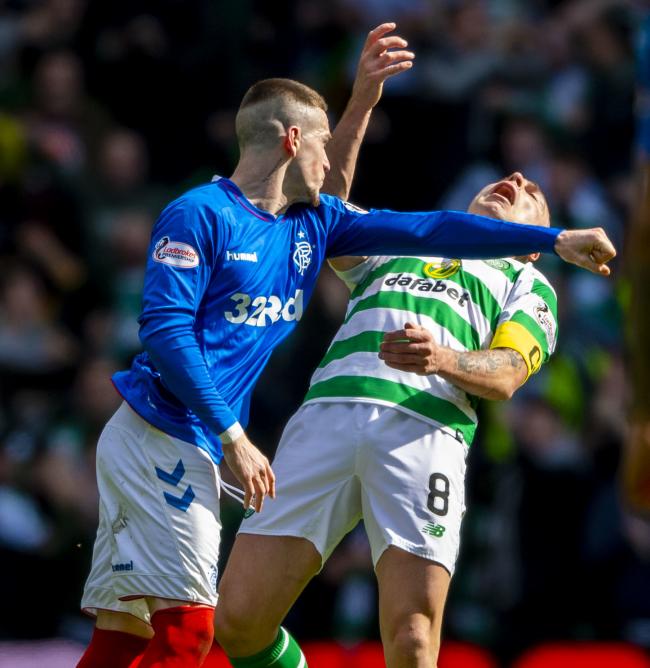 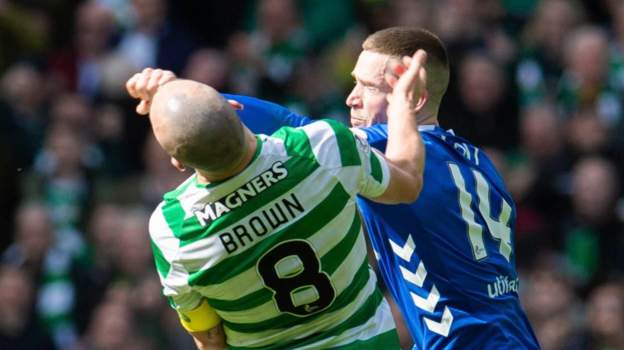 Not sure if I would rather a Morelos winner or a scuffed Morelos shot that bounces off Brown for an OG winner? Maybe compromise for Morelos nutmegging Brown for the winner...

Virgil Hilts said:
He will probably think that this type of shíte will resonate well with his fućktard fanbhoys.

He's trying to appease the Savillites in order to keep them onside.

They know he's gash. He has nothing left to give. In all honesty despite being their most decorated player - he'll be forever remembered for losing the "Ten".

He will be 'carrying a knock' that day.

Shitebag!! Hope we absolutely lord it all over the lot of them in their wee midden.

ross89harr said:
I think so too, he'll intestinally go in to injure one of our players.

My money is knee high on Morelos and he'll take a red....Morelos that is!! Cant see anything other than Broon doing something to rile us.
Click to expand...

I doubt he’d have the guts to do that mate.

Jimmy Bell should pack crates full of scarves for the team to tie them round every bit of the goals then lead a huddle before heading back to the dressing room.
B

He lacks class because he lacks intelligence.

Even at the top of his game he wasn't half the player of a Ferguson, Souness or even a Mcstay ffs.

Broken on and off the pitch - lovely

This will be another Mo Johnstone moment. If we clinch 55 in their midden it'll mentally cripple them for years.
R

Mad John said:
He’s a stick on for doing something outrageous when we play them.
Click to expand...

He will have an "injury

Spitting his dummy out already.

I take it he wont be entertaining us all with the 'Broonie' come the 21st then?

I watched the game they went down to 10 against us at Ibrox, he went round every player telling them what he expected of them etc. Complete ladies front bottom of a guy, but cant doubt his ability as a captain.
You can detest someone whilst appreciating their abilities.

Remember when Kev Thomson signed for us from Hibs, the rumour was Brown was coming too. I cant for the life of me think how management decided this footballing gem wasnt right for us !

The realisation of us winning at their dump probably hit him harder than Alfie's slap.

Bluethruandthru said:
If the players are seriously considering any shithousery at the piggery then I want this cnut targeted.
Click to expand...

skiprat said:
No so cocky now ya plastic hard man.
Click to expand...

It rhymes with plastic

If he plays against us you just know he will do his usual plastic hard man act and try and injure our players, targeting Alfie probably. And we can’t rely on any ref dealing with him.

Would love one of our guys to beat him to the punch and leave him in a heap on the floor
Click to expand...

I honestly can’t wait for it, expecting a lot of shithousery from our lads

This is superb. They’re broken

blue barney said:
If he plays against us you just know he will do his usual plastic hard man act and try and injure our players, targeting Alfie probably. And we can’t rely on any ref dealing with him.
Click to expand...

Official Ticketer
Love it. Just remember how he acted when playing against hearts in the cup final from last year. Completely classless, screaming in folks faces etc. Rest assured, he’d have been dishing that out to us given the chance. It must be eating him up inside knowing we are winning the league. I wouldn’t be surprised to him and others try to injure our players when we play in a few weeks. It’s all they have left.

The difference between our two captains eh?
S

i wasnt too concerned where we won it, up until now.
But this seems to be hurting them as much as anything, so Im all for it.
Going there as champs would be nice too though.
And the players should be doing the Doufy as often as possible.

There’s one thing I hate worse than a beggar, a beggar hat dishes it out but can’t take it when handed back.

He’s a shite bag and ran away.

Krissie said:
Remember when Kev Thomson signed for us from Hibs, the rumour was Brown was coming too. I cant for the life of me think how management decided this footballing gem wasnt right for us !
Click to expand...

I genuinely think Sir Walter would have turned him into a really important player for us. Especially with his Hibs team mates as well.

There’s long been something about the culture at that rancid organisation that absolutely ruins talented young Scottish players.

He made his choice, F*ck him.

Im so glad that we get to see that fanny have to endure 55. Glorious.

I fully expect 2 or 3 of them to get sent off in the remaining fixtures against us.

If any of them are around for next season I want them broken and mentally scarred from us giving them an absolute hiding. Preferably two. And I want that shitebag cunnt Lustig to see every minute of it.
S

Unbelievable him and Davis are the same age. Davis the complete professional, true Ranger, still running games at International, European and club level, in fantastic shape and has the respect of everyone around him.

Compare that to the classless ned they have, and to think he gets touted as some great captain. He couldn’t even lace Davis boots now, never mind in his prime. If we had never been sent down the leagues he would’ve been in lower level England by now, and now we’re back he’s shown for what he is, a shite footballer.

For anyone not paying attention they’re now reverting back to their old ambulance chasing tactics where they become offended and upset at everything. The victim card is about to be played like never before

He’s the perfect fit for that club...
Classless.!
J

He'll get the last laugh next season when they clinch Terry Munro. Just wait.

With Dart In Hand

The prick signed a 2 year contract just after they got 8. Guess he thought he would hang around for the ‘10’.
Couldn’t be happier that he did, he’s been rank and he’s obviously hurting, get it right fookin up him because we’re in a win, win here.
If we win the league, before the 21st then brilliant, if we win it on the 21st then even better and if we win it after the 21st then so be it, we’ll have made him painfully wait a little longer to get put out of his misery.
Last edited: Feb 23, 2021

If we don't have a huddle at porkheid center circle with Jimmy Bell leading the Glasgow Rangers Champions tune on the center spot whilst wearing a union jack bowler hat then I'm cancelling my season ticket.
C

This wee prick absolutely boils my piss. He swaggers around like he’s some kind of f**king superstar when the reality is our removal from the league allowed him to create this “legend” within himself. People are quick to forget when we were winning leagues this guy was being absolutely slated by his own fans and they were calling for him to be sold. It was only when we weren’t in the league that the stick stopped and allowed him to create the myth that he’s actually a decent footballer. An odious cretin who thought lording it up over people like Holt, Windass etc made him a hardman. He’s the one I want front and centre seats to see him have his nose rubbed in it and put in his rightful place

If they had any sense they’d lose the next game to stop us winning it there...

"that's not us" .. The longer they keep believing that, the better!

Mr Biggleston said:
I fully expect 2 or 3 of them to get sent off in the remaining fixtures against us.

If any of them are around for next season I want them broken and mentally scarred from us giving them an absolute hiding. Preferably two. And I want that shitebag cunnt Lustig to see every minute of it.
Click to expand...

One of them will do something stupid, its guaranteed.
Hope we take the absolute pish out of them.

The great thing about that is the look of utter contempt on Buff's face and then it takes a full 10 seconds for Lego to work out what's happened the thick fenian tw@t. Even then he can't believe Alfredo has slapped him. Class on so many levels!

Hotdog Time said:
This cnt, thumb, duff & christie will need watched the next game. Fully expect at least one of them will set out to deliver a career ender
Click to expand...

That is a genuine concern.

GR6Ger said:
Jimmy Bell should pack crates full of scarves for the team to tie them round every bit of the goals then lead a huddle before heading back to the dressing room.
Click to expand...