Still better than our leaked away kit.

They got a woman's team?

Surely wont be allowed to wear that?

A North Yorkshire football club, famed for their food-orientated kits in previous seasons, have revealed a whacky kit that encourages men to look after their own meat and two veg.

Bedale AFC, who play in the North Riding League, have partnered with their sponsor Heck to produce yet another remarkable strip, that is completely translucent.

Although it won’t win any awards for being the most visually pleasing kit, there is a great message behind it.

The strip is being used to raise awareness of two of the biggest killers of men every year in the UK, prostate cancer and testicular cancer.

The kit, which is sponsored by Prostate Cancer UK, is plastered with white arrows on the back and front pointing to the players’ ‘region’.

Sponsor Heck has been fittingly converted to read ‘Don’t Forget To Check’, encouraging men to visit their local GP's and be checked regularly.

This isn’t the first time that Bedale has released a jaw-dropping kit, and it certainly won’t be the last time.

In previous seasons they have had a whole host of quirky and obscure strips, from sausage and mash kits to a cheese grater goalkeeper.

The most famous of all their kits is certainly their 2018/19 hot dog one though, one of the club’s first astonishingly bizarre outfits.

Head to toe in bun, sausage, ketchup and mustard, it caused a storm on social media and really put the Bedale boys on the map.

We look forward to seeing their weird but wonderful kits for many more years to come.

Full kits can be purchased from historicfootballshirts.co.uk for £79.99, which includes black socks which say ‘Check your prostate’ and ‘Check your balls’. For every kit purchased, £5 will be donated to Prostate Cancer UK. It's an upgrade from the bin bags the Green Brigade like to wear.
R 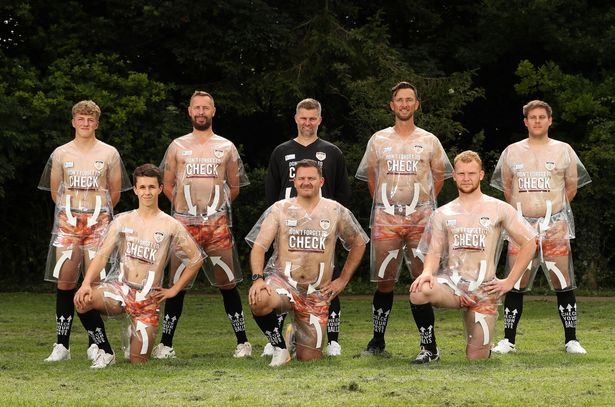 First time seeing the Dortmund strip,in ad on the site,love it

Nothing will ever beat CD Lugo 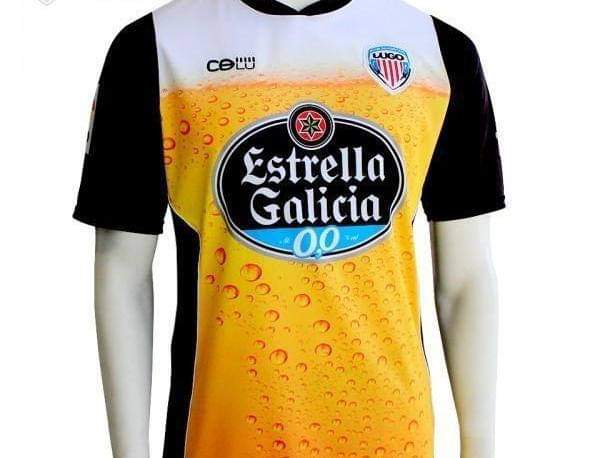 trevor_steven said:
John Collins would love it.
Click to expand...

I mean, it’s not better than our leaked away kit (which I also don’t like) but funny all the same.

Aye Bedales about, give them a big hand.
T

The fact they've got a strip covered in sausages just makes me laugh anyway.