STV report at 19:30 about football

Another expression to add to "exuberance" and "robust" then. Of course we need a new lexicon to replace "sporting integrity".

deedle said:
They’ll be wanting a handout from Nikla.


Hearts have little option but to take this to court because the alternative means they could easily go out of business. Budge may be angling for compensation but would the other clubs agree?
Click to expand...

They’ve already said there is no contingency money, I think they will force a temporary reconstruction on us, no vote as no PL club would vote for it.
B

RaoulDuke11 said:
If it turns out we're not, then the board will struggle to ever get me fully back on side.

I genuinely believe if Rangers do not stand up to them in the Courts Scottish football is finished, you are as well putting your season ticket money on Celtic to do 10 in a row, the treble, and be knocked out of Europe by Xmas , same cheating, same anger at linesman refs 4th officials, crowds will drop everywhere, 9uck me Even the scum cant be arced watching them now, the paedo dome is never full, a compliant media doesnt report this, the cameraman never pans up to the top tiers, cos there empty, The whole system is corrupt to the core in Scotland,
G

Dulce et Decorum Est said:
‘Conversations happening quietly and under the radar’ I have absolutely no fucking doubt they are Doncaster
Click to expand... 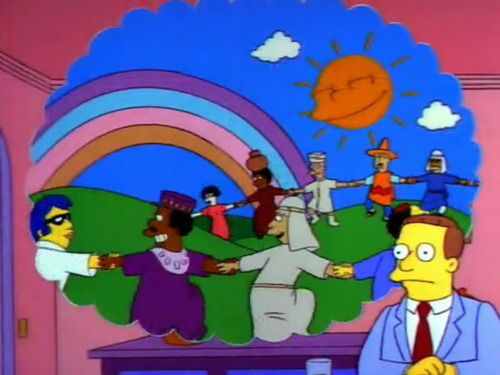 Doncaster is a smarmy prick and i would never believe him so why should any sponsor.
Bit disappointed in Maxwell and how he came across. Very little positivity from him and told us nothing new
B

roaring meg said:
Doncaster is a smarmy prick and i would never believe him so why should any sponsor.
Bit disappointed in Maxwell and how he came across. Very little positivity from him and told us nothing new
Click to expand...

Remember when Maxwell was shoe-horned (sorry appointed) he made a big play in the mhedia about he was no Old Firm patsy.
G

I watched this programme, cringeworthy. Introducing the programme Rona tells us we will hear from the boss of the SPFL ( no not Liewell, Neil doncaster ).

The programme also contained a clip outside new St Mirren Park of some guy representing the Pie and Bovril Suppporters group.

After the break when Ian Maxwell,SFA CEO, took the pre arranged questions his replies were all over the place. He wouldn't commit to when football fans would be able to get back to see their teams but mentioned that the SPFL were keen to get started again in August and he agreed that it was feasible. How could he agree that if there isn't a restart plan in place. He was prompted about one or two topics and his replies were along the lines of "we have a group looking at that" and then "we have a group looking at that" ( must be the same group as they must have furloughed most of their staff ). Other replies were a combination of "ifs" "possibilities" "we could do this" "we could do that " "we could do the other". Rona didn't even ask him when the "masterplan" would be available. It must be pretty soon as UEFA requested member associations to confirm their plans by 25th May. I'm guessing that Shona wasn't allowed to ask him why UEFA received the letter from SPFL/SFA before the vote was taken on Good Friday.
He sounded like a politician "oh yes we are forming a cross party committee to look into that." Or "we are looking to form a task force to investigate what can be done for all those people who lost their jobs at Ravencraig"
when in doubt form a committee.

Looked like the video clip of Stewart Robertson was a "library" clip possibly from the interview before our resolution was voted on.

ZanderK81 said:
Couldn't stomach watching this but I find it quite telling that the arsehole Doncaster seems to be quite happy to brazenly face the press lately after going missing for weeks after the the most corrupt vote in the history of sport.
We better nail this prick.
Click to expand...

I have a feeling we have been silenced in some way.
We were very vocal and on the front foot.