The Celtic minded, what is it about them that makes them so detestable?

That should of been the first answer.
B

I hate how they say it's The Celtic way.What are they talking about their history.I hate how their schools get help from councils while non denominations are falling apart.And any RC. teacher can progress in our school format while non denominations teachers would not at times get interviewed.The way they dress(3strips) and talk.I could go on all night.Just hate them and their believes.
J

Their detestability for me is the desire to be loved and accepted- clear signs of an inferiority complex.
The love by fashioning themselves with Liverpool, adopting of YNWA, plus the Oirish card played everywhere they go to get "accepted".
Any cult that can harbour child abusers, and then pay homage to them, in a place of worship is twisted in the extreme....

The fact that NOTHING shames them.

They are simply creepy bastards

Jonathan Watson was not far off the mark on this one and nailed that creepy obsessionist behaviour.

They have virtually turned into a piss take of themselves ....fickin cretins 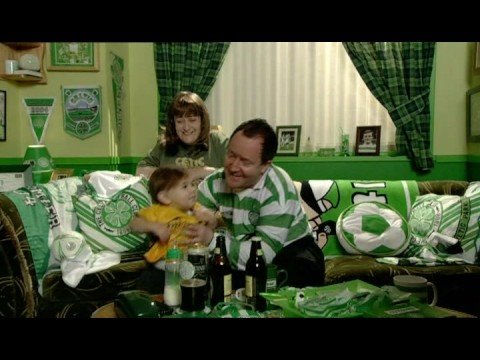 AndythephotoDr said:
Why is the ingrained paranoia so,deep,with that lot? Nothing to do with religion as the guys who are from a Protestant background that support them are just as bad. I’ve Irish pals who support Man Utd and Liverpool and they are a great laugh and don’t carry this chip either.

in a general football chat they are the first to get a dig in about Rangers when they are not even in the conversation.
Click to expand...

just born wrong mate thats about the crux of it. doesnt help that they are institutionalised the minute they are born in the ways of the tarrier right enough.

Wand Of A Right Foot

It's almost dogmatic in approach, it is also very much something that permeates through the entire ethos and hierarchy of the club as well. They literally have fooled the entire world with their holier-than-thou politics, coupled with an almost in-built victim and inferiority complex. Completely self woven and espoused predominantly by them but if you tell the same lies over and over again, you, yourself eventually begin to believe them. That's what they've done throughout the years and it's something the money men at Parkhead have been more than happy to beat the drum for or exploit. In the name of profit of course. I used to think it was more of an internet thing but 2012 opened my eyes fully to it.

What you essentially have with Celtic supporters is a group that is totally ripe for manipulation from guys like Peter Lawwell, a man they often decry and openly slate for his penny pinching. But he drops a statement or a well placed media fluff piece on them and they lap it up. Like a priest giving a sermon to the converted, he knows he just has to tell them what they wish to hear and they'll wilfully comply with what he wants. Being 'Celtic Minded' is to be malleable and willing to change your beliefs and morals to fit any criteria. It's a mentality riddled with contradictions; a predominantly politically left leaning supporter of club run and funded by Tories, a self proclaimed beacon of the downtrodden but a club rife with anti-semitism, a club that proudly proclaims to be Catholic but also champions every liberal cause going, the second most successful club in Scotland but one that has a vast sprawling conspiracy against them, orchestrated by the most successful club and society at large. The latter is the most baffling, if we harnessed the power to stop them from winning then why on earth wouldn't we just pour all of our efforts in to extinguishing them completely, makes no sense but then again it doesn't need to. They apply this mindset to everything. They lose a football match, then they must have been wronged somehow and ergo they were cheated. They apply that metric to every single facet of their existence.

If you constantly shift the goal posts on what your beliefs are, then you end up standing for everything and nothing all at the same time. This is what they've done for the last 30 or 40 years now as a support (possibly longer...). It's what a lot of those of an Irish Catholic upbringing have done. Although with Celtic supporters it's more fervently visible and it's highly paradoxical but it doesn't matter because you've spent the last however many years of your life believing that you have been persecuted due to your religious beliefs and wronged at every turn. Again another paradox present as most of them are now agnostic but it doesn't matter as its your tribe and you've got to protect your tribe from the enemy. We are that enemy. Hence they cant function properly around us because they know we see through the facade.
Last edited: Apr 7, 2020
You must log in or register to reply here.
Share:
Facebook Twitter Reddit Pinterest Tumblr WhatsApp Email Link