The Scum are oooot the Champions League! All comments in here 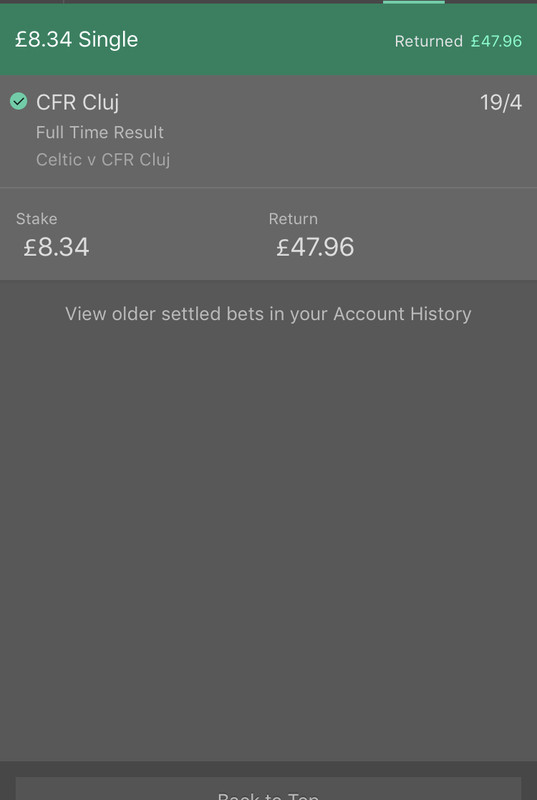 This is amazing. I've been working all night and I actually forgot they were playing. Not looked at my phone in a couple of hours, what a delight that I find this out. Ha ha to them no champions League money yet again Don’t you just know it fella

The Rangers are here

just got in saw the result ,I just assumed they would win ,good night for a wee dram ,a malt for sure .

You’ve not seen nowt like it, wait till we win the league the meltdown will be at a level beyond repair for the tramps.

The Hooded Claw said:
Fuqing burst out laughing at this, what a night, might just have a wee malt whisky to celebrate properly ha ha
Click to expand...

I’m going to have a large one hahaha, what a result that is

Official Ticketer
Genuinely can’t stop laughing to myself, house of cards about to crash down

Trying to get to my bed but can't stop hitting refresh on the kerrydale meltdown twitter.

Heard this while the Septic player was doing his interview after the game,probs the shortest interview ever.lol

This prophecy is coming true.
T

SDR said:
It's right. But Rangers are ranked 206, so make of the rankings what you will...
Click to expand...

Thought we had moved up to 140 odd in the UEFA rankings.

Amity75 said:
I watched the last 10 minutes on scumtic tv (it appears as part of my dodgy tv package) and the commentator actually said "we need you all to say a hail Mary now". Absolutely mental bastards the lot of them.
Click to expand...

Turns out hail Marys don’t work after all. Whoda thunk?

Tarrier on Talksport now, moaning because they're trolling the tims by playing songs that all have "Champion" in the words.

SenoraCuellar said:
So how much has this cost them? ball park figure is fine!
Click to expand...

Haha. Is that the new ‘broonie’ There is defiance and there is just plain stupidity

Superrangers said:
If she has an iffy feeling, it must be bad.
Click to expand...

It's the baws between her legs...her own baws.

Don't rate the big man as much of a striker but he's a staunch Bluenose so for that reason alone he's alright!

This post on kerryfail is a joy to behold

Just back from CP.

I'm a placid guy, but I have never felt so angry at Celtic as I do now. That was a copper-bottomed shambles from the first minute to the last, an absolutely laughable attempt to navigate what should have been a simple European tie. This will go down in the annals of shame - its much worse than Artmedia, because they were actually a decent team, and much worse even than AEK.

Two layers of blame:
1. The manager. Brendan, WGS, and Ronny gave us some beezers of team selections and set ups, but in my 45 years I have never seen anything as forehead-slappingly idiotic as that line up tonight. WTF was Callum doing at left back the WHOLE game/ Where was Julien, Boli? Where was Leigh? Why was the formation not changed when it was completely obvious it wasn't working? Why didn't shore things up at 2-1, at 3-2.

When Brendan threw this kind of curve-ball, the suspicionwas he was sending a message to PL. I have never bought that (though Brendan's subsequrnt behaviour means it an't be ruled out).But would Neil do that? If so, he can GTF as far as I'm concerned because tonight is a sackable offence.

2. The board. There comes a point where you have to ask - what exactly do they want Celtic to be? These humblings from clubs with a fraction of our resources are now an annual occurence. When is someone in the boardroom held to account? We have swept the board domestically because Sevco have been weak. But they are stronger now and performances like this will see us lose the 9, never mind the 10. I think we are only 50-50 to qualify for the Europa league as well.

(BTW - Scott Brown is finished. Sad to say, but he cannot play at this level anymore and will get humiliated at Ibrox if we set up like this again

Taig on Talksports coverage "I feel it is a personal attack on me, play the game lads."

blue barney said:
If it had been us the tarriers would be sending e mails to uefa, the media and the sfa
Click to expand...

Well, we know what to do.

BrownBrogues said:
Was going to go to bed but making popcorn instead. Brown Brogues bringing you the reactions live

We have all dated a bitter taig like this.

Main thing wasn't taking it home to get up the duff.

i'll be pedantic, but the scum were never in the champions league.

So that's like giving away Tierney and still being 5 million down? Oh my lord!

hammer-time said:
the score reaches the world of Politics and how they all laughed...

how they all laughed
D

wee bud's pit boots said:
My joy is not just that the filth got fecked.

It's the fact that I didn't even know they were playing in the first place.

I got a ping from my son, that said that mob are oot.

With you pal. Knew nothing about it. Will sleep well tonight and enjoy the bbc meltdown in the morning.

That house of cards is looking very shaky.

Hump them in a couple of weeks and we might just blow it down.
C

SenoraCuellar said:
So that's like giving away Tierney and still being 5 million down? Oh my lord!
Click to expand...

Don’t forget the £10m they spent on defenders that were on the bench tonight!

monkey magic said:
Missiles thrown onto the pitch at 2-40 by the raging Timpanzees.

Naturally, the BBC and the media won't mention it.
Click to expand...

Particularly enjoyed the cups of juice being launched at them celebrating the 4th.

Can use what's left of the Tierney money to pay that off after they plug the massive gap in their finances from tonight.