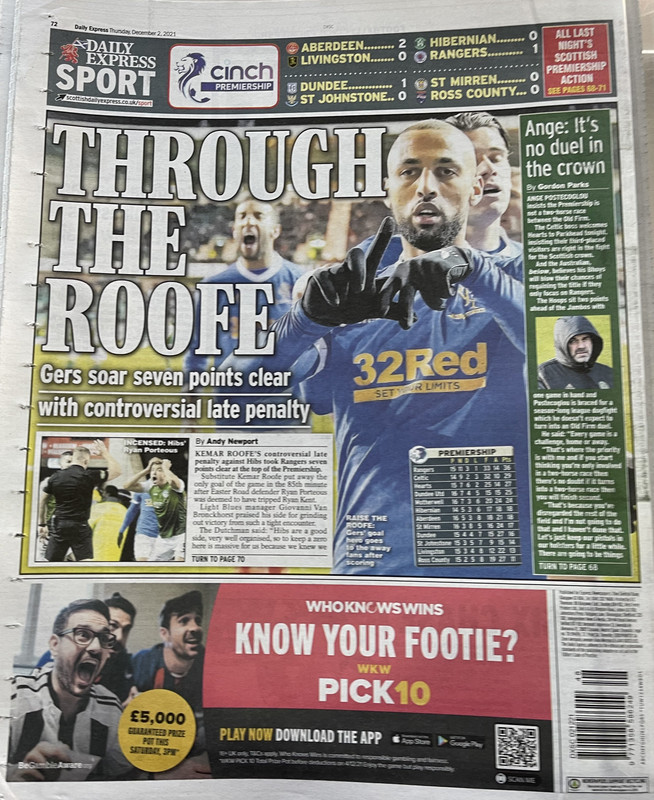 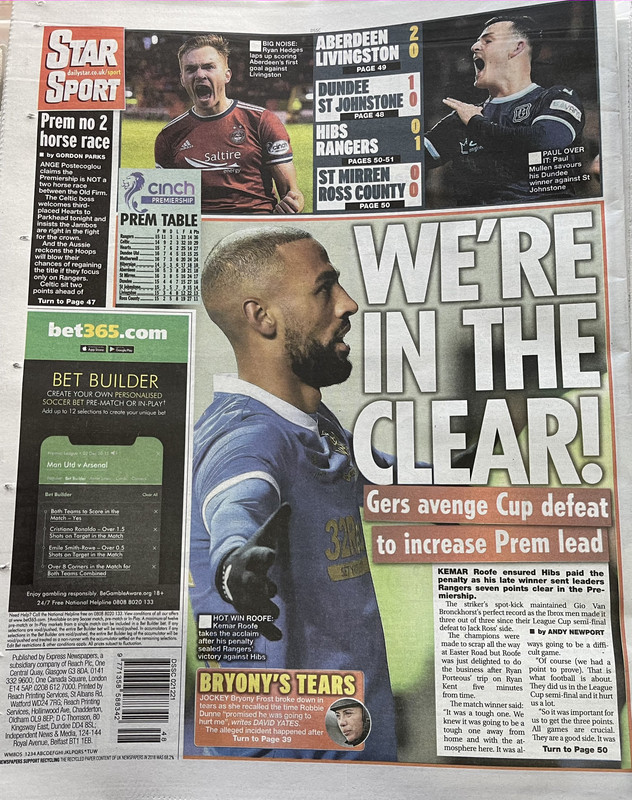 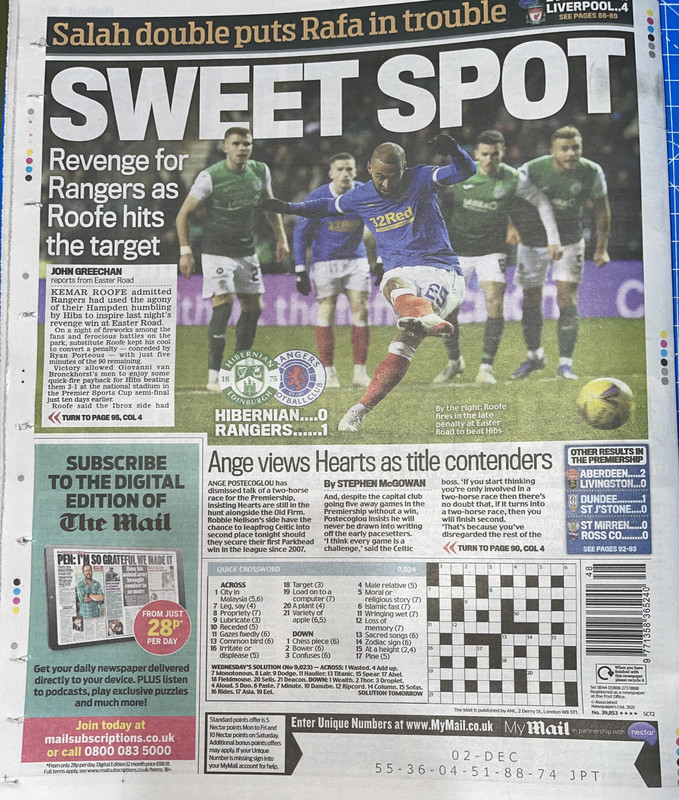 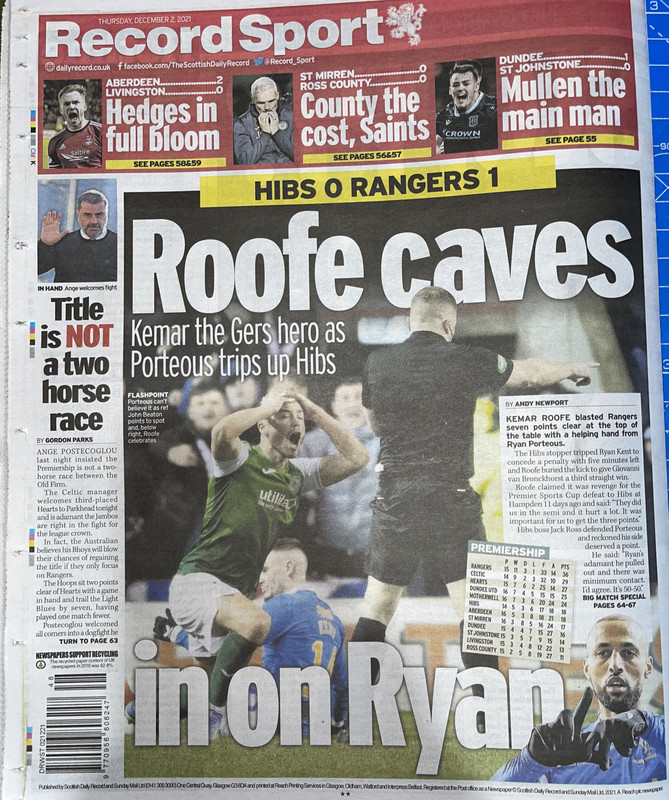 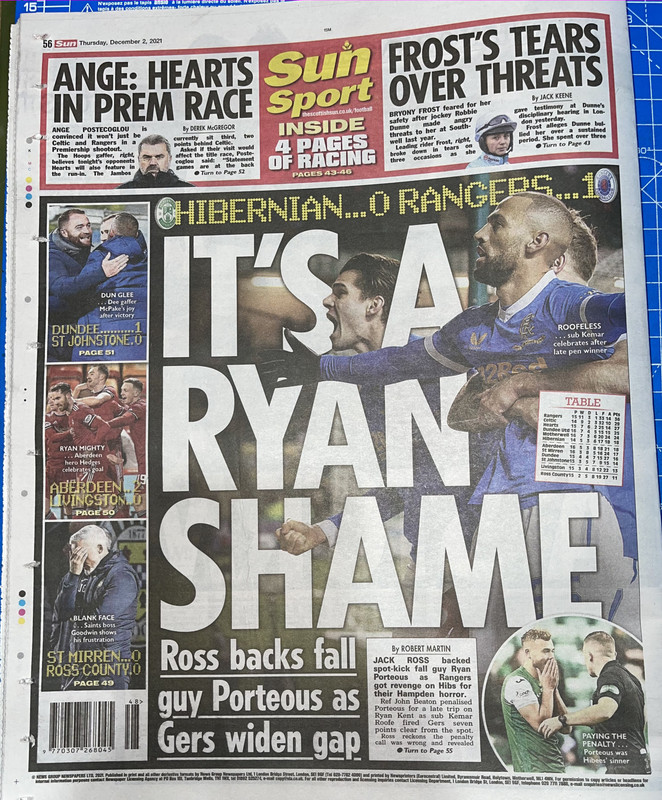 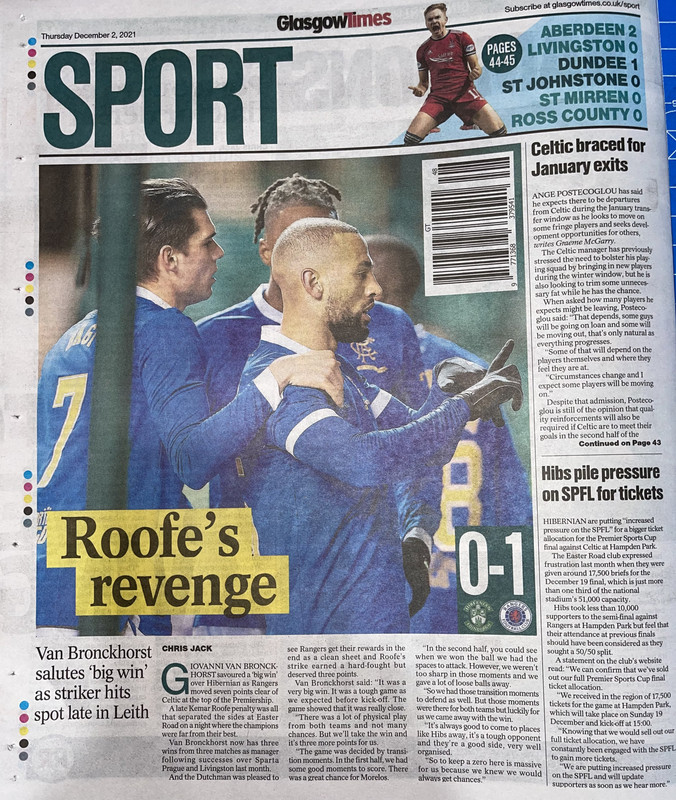 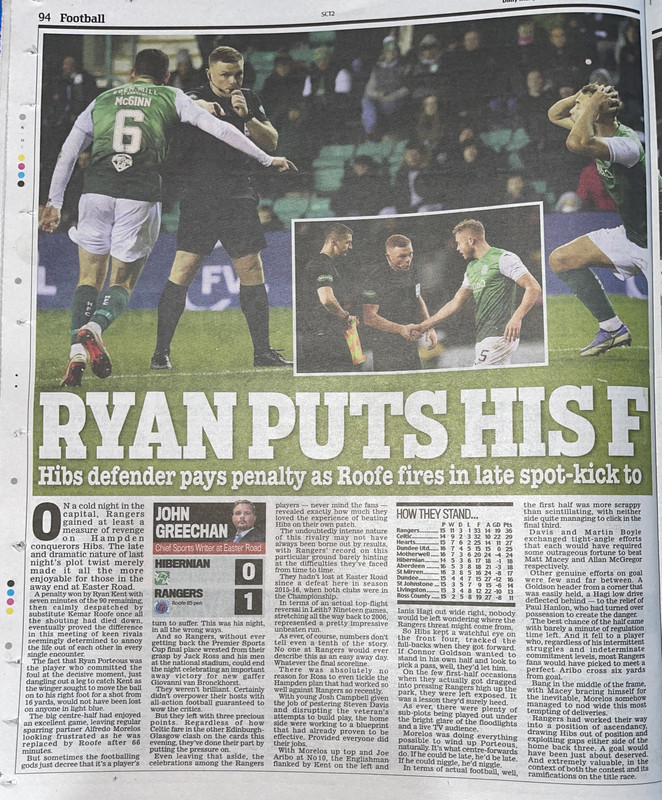 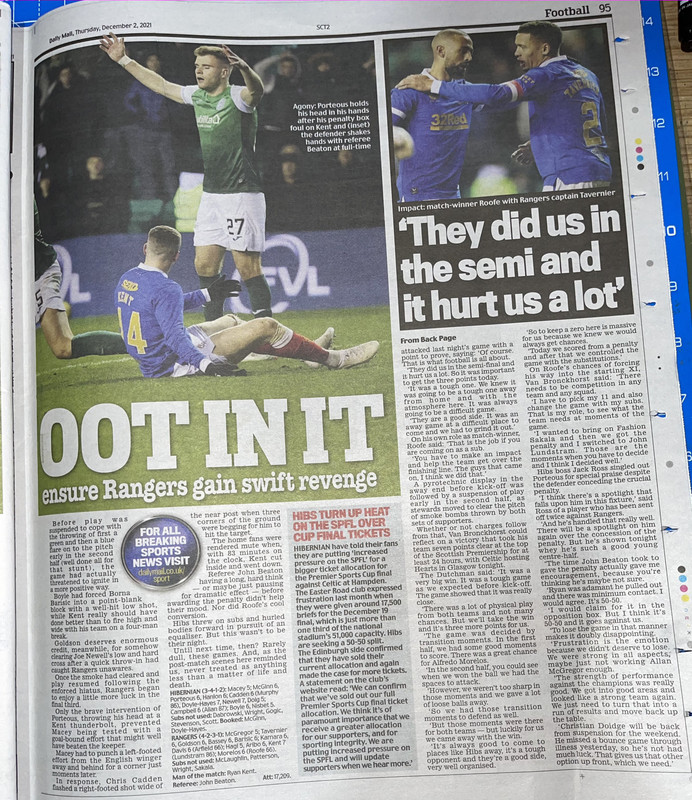 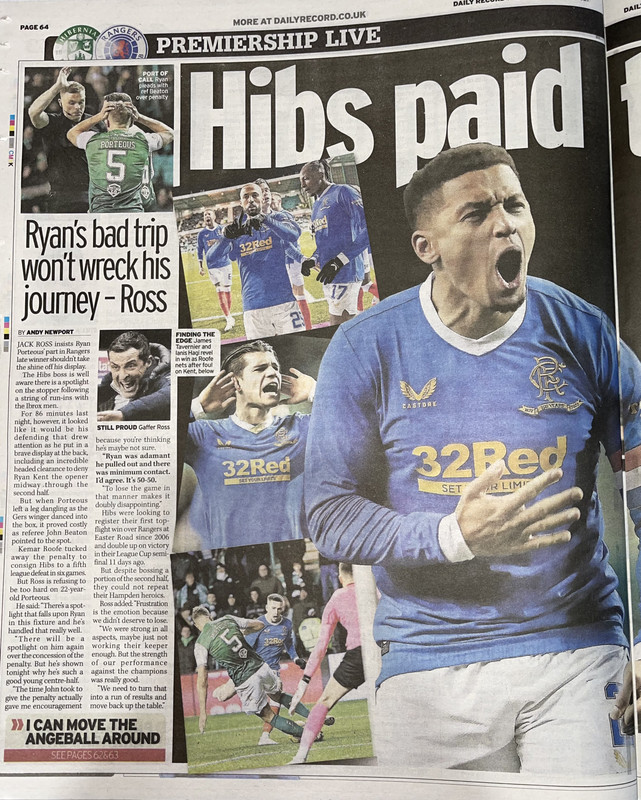 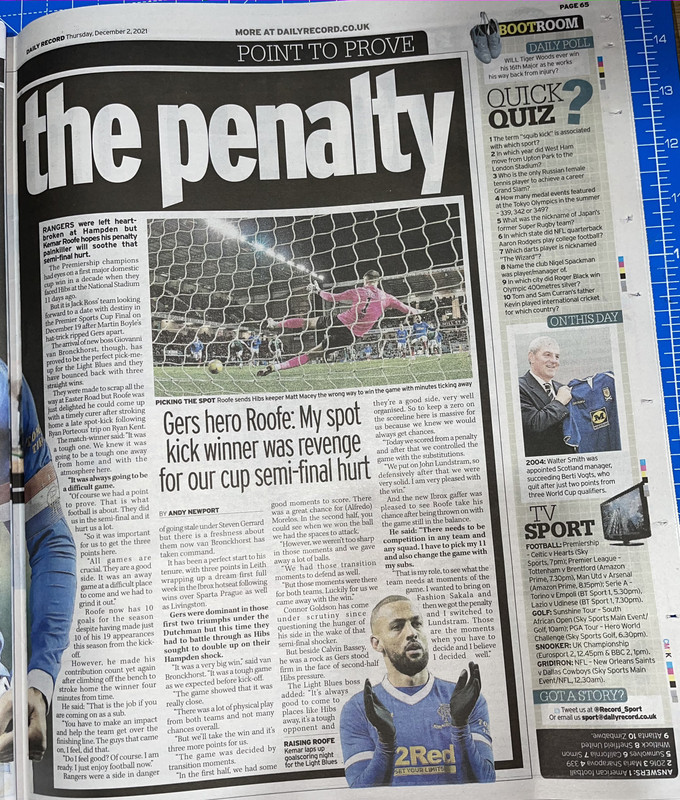 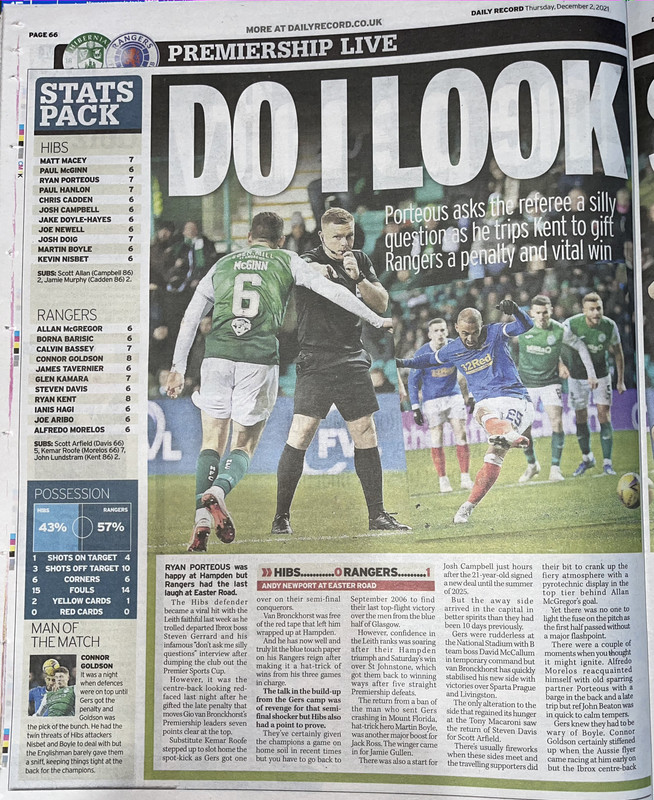 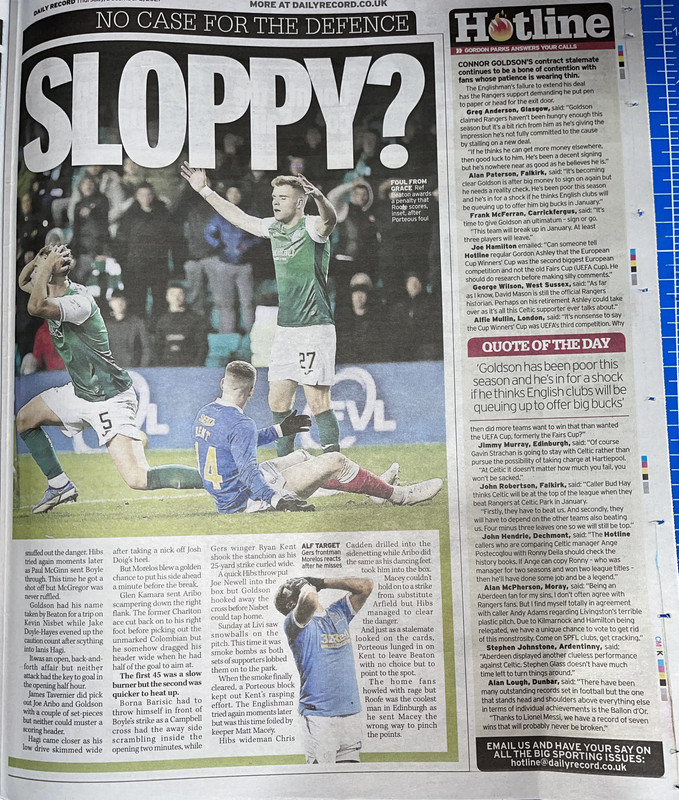 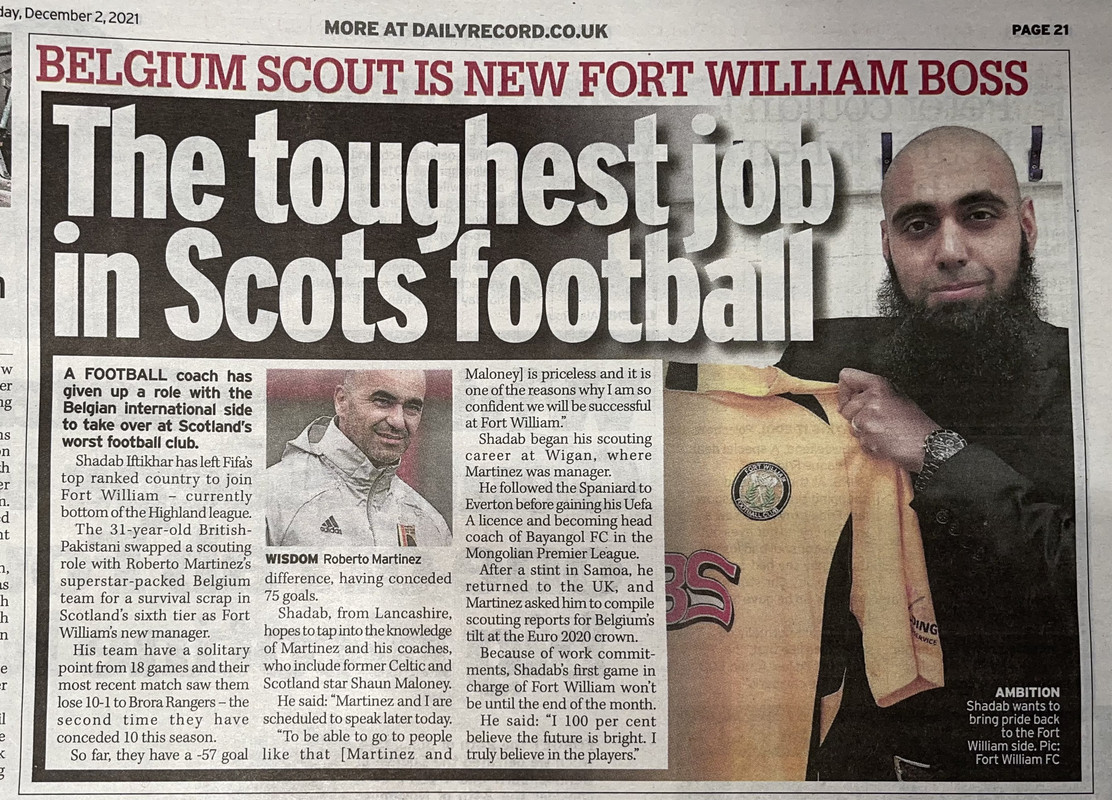 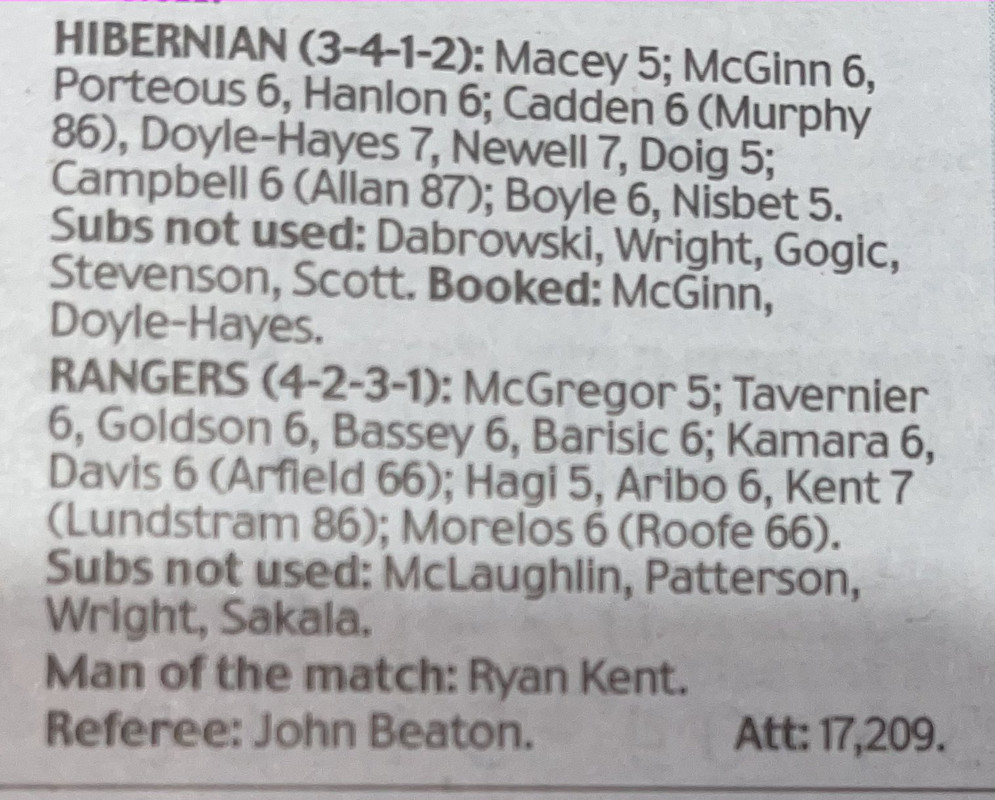 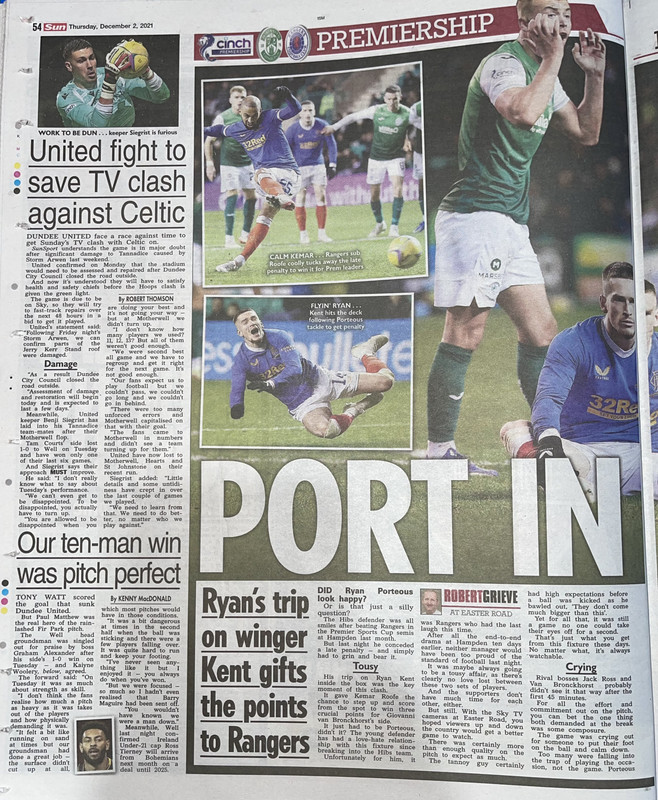 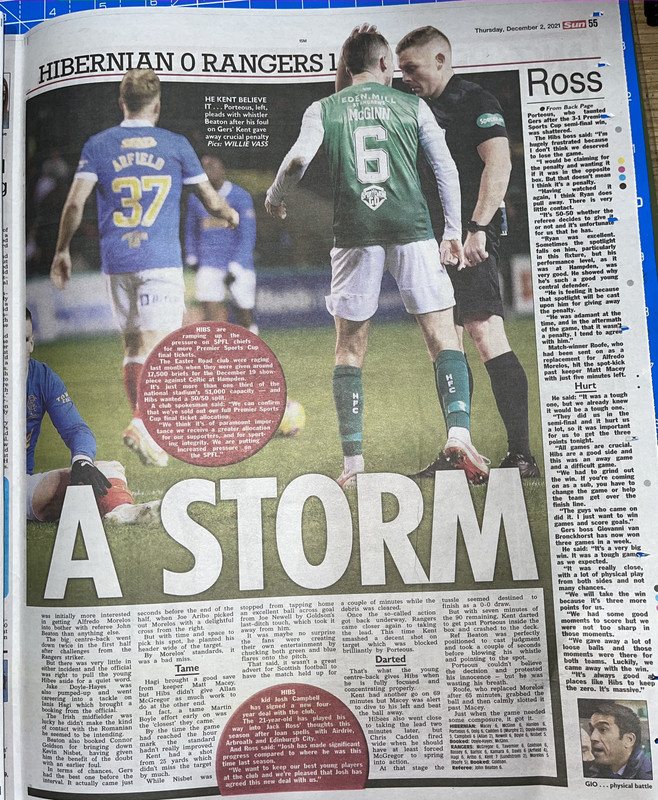 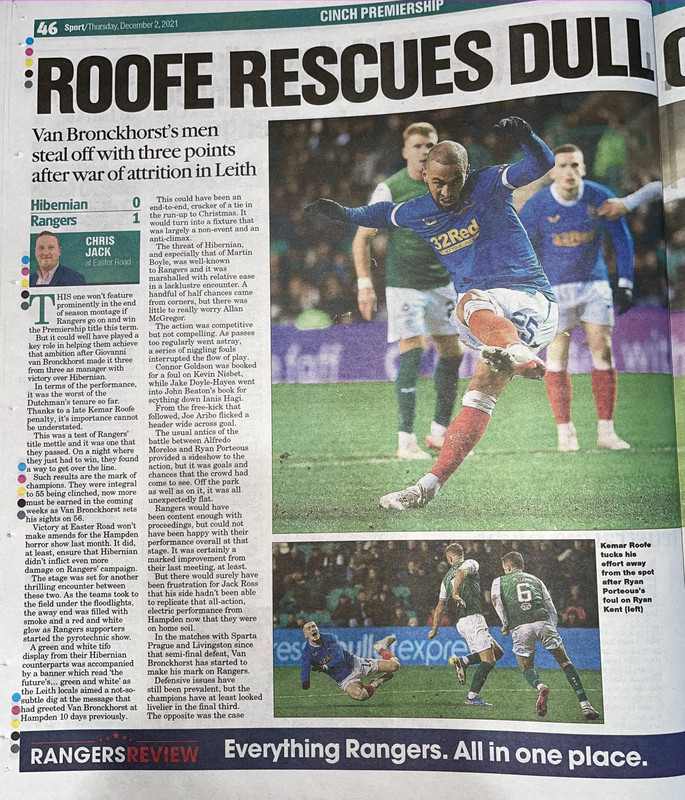 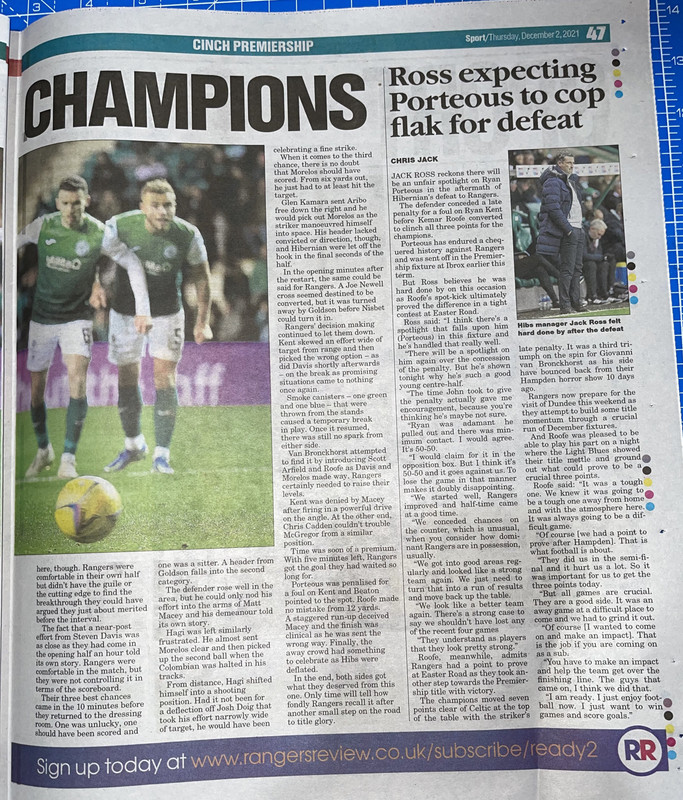 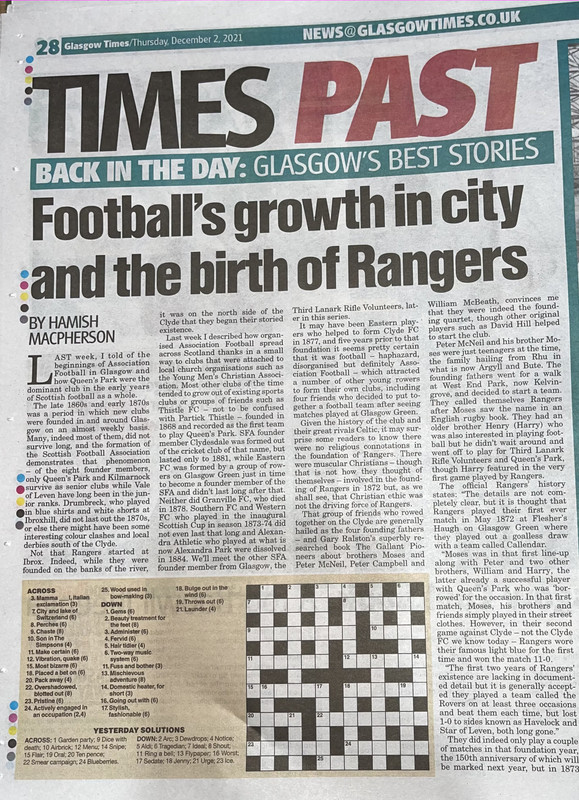 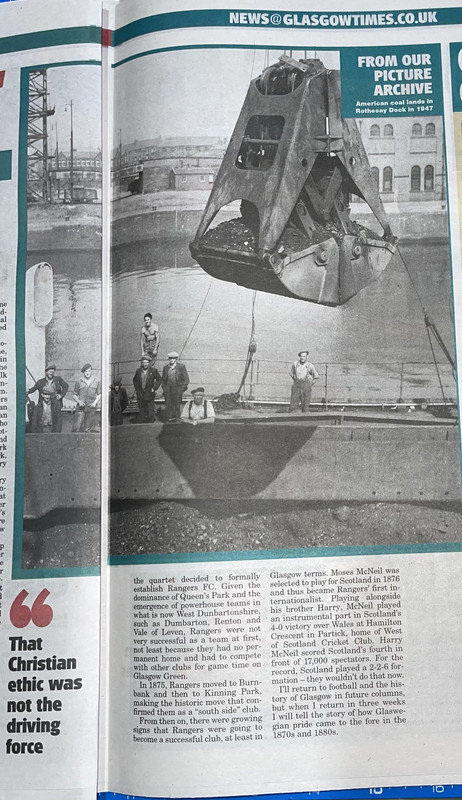 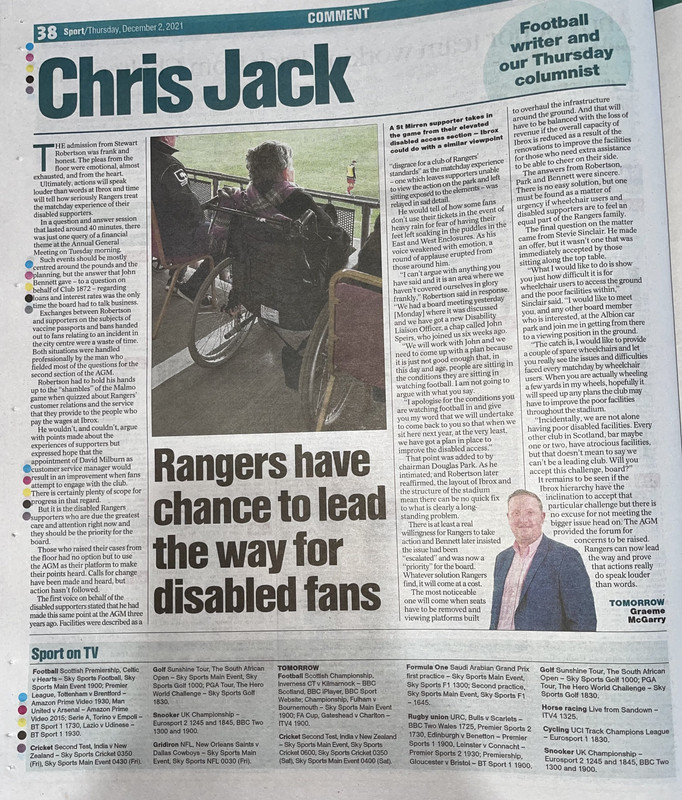 Thanks Mark .Do you know why Star Express and Record all have Andy newport who I understood was Press Association rather than their own writers?

borderbluenose said:
Thanks Mark .Do you know why Star Express and Record all have Andy newport who I understood was Press Association rather than their own writers?
Click to expand...

Reach Group own all three - Newport left PA to join the Record earlier this year.

borderbluenose said:
Thanks Mark .Do you know why Star Express and Record all have Andy newport who I understood was Press Association rather than their own writers?
Click to expand...

Why is it if rangers get a penalty it is contrversial

To be fair, eggs can be controversial, look at broadfoot

Nothing controversial about it. Baffling headline

Article says scum versus Dundee Hivs on Sunday could be off.

See one pause gave Kent an 8, I must have been at another game, thought he was poor last night.
C

cloodie said:
Fair Play to Andy Newport for that headline in the DR ripping the piss out of Porteus
Click to expand...

The writer of the words does not put on the headline.
That is the job of what is titled a sub editor.

bailliestontrueblues said:
Article says scum versus Dundee Hivs on Sunday could be off.
Click to expand...

Damage to main stand at Tannadice from the storm
P

Saw that as well. Idiots….
P

Goldson and Kent getting 8’s and Aribo on a 6

Thanks Mark. To be fair most papers (correctly) blaming Porteous.

The Chris Jack pages on the inside of the Gherald. To the untrained eye ( mine ) it looks like his match report is just as long as the article about Jack Ross' analysis.
Saw Ross' interview on Sportscene last night. he commented that "if the penalty incident had happened in rhe Rangers box Hibs would be claiming for it, but that doesn't mean it was a penalty."
So if it happened in the Rangers box and he thinks Hibs would have claimed for it does that mean he would happily accept the (non) penalty, which he says was 50-50, if say Martin Boyle went down ?
I think we know the answer to that one. As other posters have mentioned Hibs seem to be encouraged by Ross' management to dive when in the box, or anywhere else on the park for that matter.

Then he admits that there was contact and now Porteous admits he clipped Kent, but it wan't enough for a penalty. FFS
I can understand Ross trying to defend his player but he should be on Fighting Talk on the BBC where one round of the quiz is titled "Defend the Indefensible".

From what I seen, John Beaton had a closer view than Ross, an unobstructed view at that, and applied the Laws of the Game correctly.

As an aside, talking about the Laws of the Game, , looking back to Sunday's game, if Sakala hadn't scored would the ref have awarded Rangers a "controversial" penalty for Holt grabbing his shirt, which would also have resulted in a red card for Holt.

Thanks for posting anyway Mark.