Gio’s thoughts from the press conference 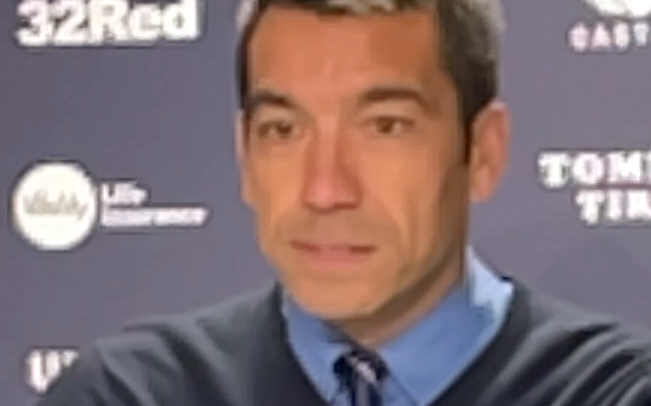 Q – What was your thoughts on today’s performance?

A – I’m happy with the 3 points, that’s all we need every week, but the way you get there every week is different.  The first half, we struggled to make opportunities.  You saw today Kilmarnock were delaying the play and trying to make it very difficult for us to make chances.  But we’ve played many games like this before and we know that in the second half it will open up, with all the energy you use in the first half, it opens it up in the second half. We scored some good goals and had a clean sheet, it’s good that we have a second win and now we’re working hard for Tuesday.

Q – Connor Goldson was the sponsors man of the match but I felt there were a number of players ahead of him, none more so than Steven Davis.  What were your thoughts on his performance today?

A – I think we had some players who played really well and gave the team what was needed, this was Steven’s first start of the season but you see still the ability and quality he has.  He showed that again today so really happy with his performance today.  I think Tom Lawrence played really well in the pockets, and gave us the threat we needed up front together with Malik.  We need those players to create when playing against the deep block.  And of course happy with my two strikers, Antonio getting his first goal and Morelos scoring too.  Always good to have them on the scoresheet.

Q – What were your thoughts on Malik Tillman’s performance today, and how well has he integrated into the group since arriving?

A – He’s been welcomed into the group and you can see how much talent he has, coming from the Bayern academy and having also played competitive games for them their first team, you can see his quality.  He’s a strong player, you could see that today.  Some players come to this league and they struggle physically, but he doesn’t have any problem with that and his technical ability is a very good standard.  Today he created some chances for us, he had that pass to Morelos just before he came off, he’s a player who’s capable of creating chances for us

Q – We seen Ridvan Yilmaz play 60 minutes today, was that always the plan after Tuesday?  Also, is there any update on Ryan Kent?

A – Ridvan has had a short week with us but with all the experiences he’s had it’s been a big one.  Today was big too, his first game at home.  He’s might need some more time to get used to our playing style but getting his first game at Ibrox will help him in the coming games

It was too soon for Ryan today but we’re working hard to get him ready for Tuesday.

Q – Today the goals came from the only 2 clear cut chances created, as a manager is this concerning or do you expect more cohesion as the group settles?

A – I think we’ll improve in those areas, for sure.  We’ve had many new players come in and there’s some adjustment to the new system needed for them, also getting used to new team mates.  We had 2 clear chances today with the goals we scored, but in the first half we came through the defence and we were unlucky not to score.  But if we keep working hard in training, and keep trying to create as many chances as we can, I think we’ll improve each game.

Q – Did you get what you wanted today from Alfredo Morelos?

A – It’s his first game back after 5 months, that’s a really long time.  It’s good to have him in the squad, you can see what he brings.  Not just with his performance but how the fans feel towards him too.  He’s also capable of scoring goals, so for him I think getting his first game of the season was very important and I’m sure he’ll only get stronger with each game he’s involved.

Q – Going back to Steven Davis, are displays like today validation for the decision to keep him here for another year?

A – He was one of the players where after last season we sat down and spoke about his future, with players of his age it’s always good to leave it until the end of the season and he felt he had more in him.  You could see today he played really well and he’s a player who’s a great example for the squad, he’s a pro, he always makes sure he’s fit.  You can see from today if you do so, you can play at a really high level at a really high age.  I’m happy he’s stayed on because you need to be mentally ready for the new season, for the full year.  He looks strong and he’s being himself and today’s performance was really good.

Q – Antonio Colak was criticised heavily this week but he played well today, having players much closer to him, was this a message to the team?

A – With the way the opponent is and with their strengths, we knew Kilmarnock were coming here to get a result and defend really deep like thy did, so everyone needs support.  If you do the maths, if they have 5 defenders and only have 3/4 players in front of that, you’ll never be able to make it difficult for them.  With Colak having Scott Wright, Malik Tillman and Tom Lawrence around him that will give him more players to play off of, and that’s what we did well today.  We created numbers up front and tried to create as many chances as possible.