Ground-hopping by the seaside: a trip to Largs Thistle 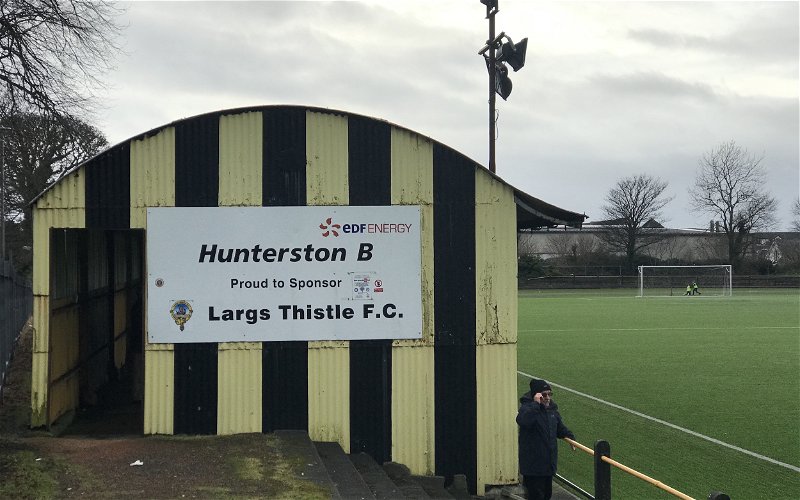 ALL THOSE SPARE SATURDAYS

Looking at the Rangers fixture list for January I spotted we had no games on a Saturday all month and that it gave me an opportunity to attend a few Junior games. So, I called old FF writer The Dowanhill Hack and we perused the opportunities before deciding on a trip to see Largs Thistle take on Rutherglen Glencairn.

I won’t attempt to explain the whole Juniors scene to our non-Scottish readers – you can carefully Google that yourselves – but this is men’s football, not kids. In England it would be called Non-League. 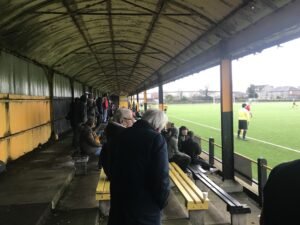 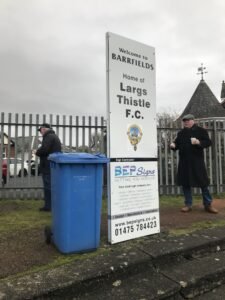 LET’S GET THE WEIR ISSUE OUT OF THE WAY

As soon as you mention Largs Thistle people immediately think the club is awash with cash due to the generosity of Colin Weir and his missus who won £161m on the Lottery. The Weirs are said to be backing and bankrolling the club. That’s untrue, but what they did do was to donate the funds allowing Largs to play on a state of the art plastic pitch. They didn’t fund other projects or supply a huge bag of cash; the players are paid but it’s more or less pocket money plus car expenses. 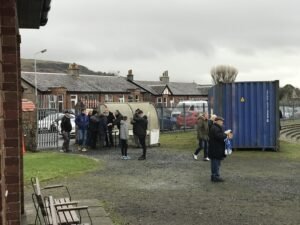 It cost us £6 a head to get into the game. A halftime raffle at £1 a strip was an option and the two winners were notified by a magnificent old tradition – a young lad wandered around the park at half time with a chalkboard on a stick notifying the winning numbers. I think it was £20 and £5 for the lucky winners.

The food on offer was cheap and of a great quality – £3 gets you a pie and bovril. Chilli and rice was available for the visiting glitterati. 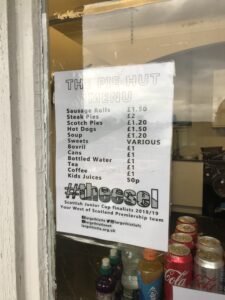 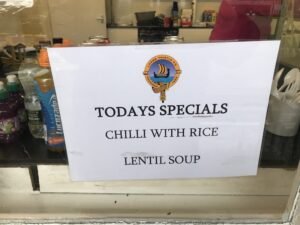 It was at the Bovril stand – in fact part of a wee club house – that we bumped into grahamdavid, a Follow Follow user who lives in the town and gives us weekly match reports in our Juniors thread. He and the Hack got on well as they are both fanatical and knowledgeable about cricket, rugby union, and other less manly sports. 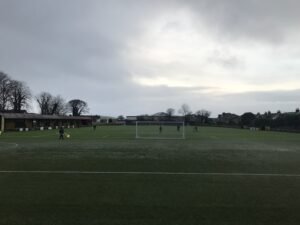 IMPRESSIONS OF THE STADIUM

Barrfields Stadium lies in a posh bit of Largs – isn’t it all?! – with the hills of Ayrshire rising behind the ground. This gives it an almost genteel feel – because of deference to their neighbours there are training floodlights but no match floodlights and no Tannoy announcement system. 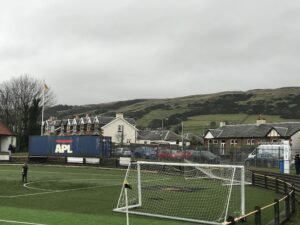 The Hills of Ayrshire

The ground is owned by the council but due to the investment in the plastic pitch it was decided to give the club a 40 year lease, which means they have primacy for fixtures – in the past some games couldn’t go ahead because local schools had booked the facility!

There’s a marvellous old cowshed with bench seating down one end and open terracing around the rest with a small club house and changing rooms just beside the main gate – sadly a Portakabin based hospitality suite has fallen foul of a fire.

A curiosity which raised a smile was that the manager changed over the home and away dugouts – this means the visiting team are always nearer the linesman down that side and more likely to get bookings when the bench erupts! A cute wee trick. 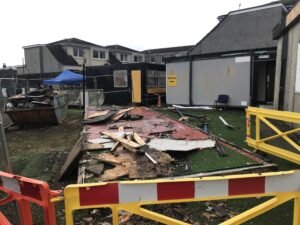 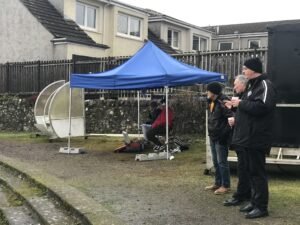 Having such a good pitch does give Largs a couple of advantages – they know how it plays and secondly it means games are virtually never called off, thus meaning regular play and no backlog of home fixtures.

It ended 0-0, to be frank the highlights were few and far between. Largs are a young team and they like to play out from the back. I admired the defence for their unhurried confident approach. Of note further up the field was Paul Harkins, the brother of Partick Thistle favourite Gary. Rutherglen are a far more physically imposing team – larger both in height and weight throughout the team – and their number 9, Gary Smith, impressed; he was apparently with Celtic as a kid before short stints with Motherwell and Dumbarton and embarking on a fairly long Junior career. 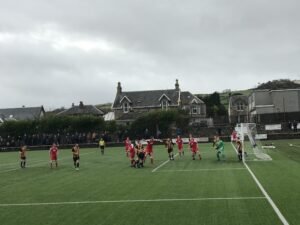 The first half was a like a chess match – a very boring chess match. Things improved slightly in the second as Largs began to get their rhythm before tiring towards the end, leading to a series of Rutherglen attacks which could have resulted in a late winner.

We had a good day despite the football! When you aren’t a fan of one of the teams it means you can relax and enjoy the game and the whole experience – with Rangers I tend to kick every ball and panic whenever the opposition get possession. A visit to the Juniors for me is a case of the game for the game’s sake. It also means football without all the drama, politics and personalities which have cast a cloud over Ibrox in the last decade. The teams playing aren’t my team – so I’m not disappointed whatever the result is.

We finished our day at the seaside with a gentlemanly stroll down to the promenade and a proper fish tea with bread and butter at Nardini’s. Perfection. 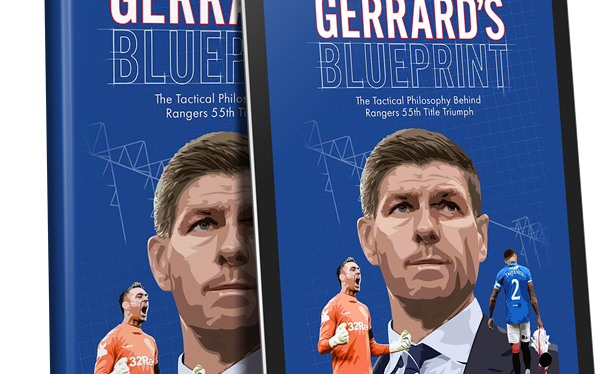 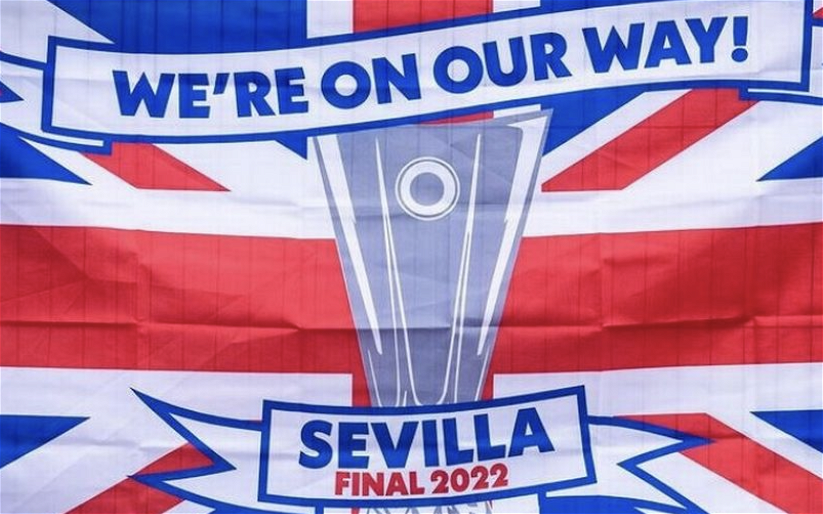