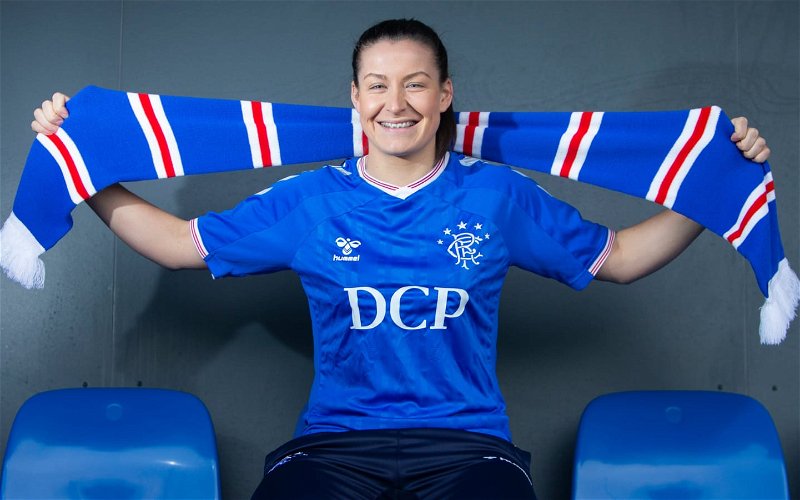 This week, FollowFollow spoke with Northern Ireland international Demi Vance ahead of the start of the SWPL 1 season. With several recent quality additions to the squad, Malky Thomson’s side will be keen to signal their intent early as they aim for a successful season.

FF. Last season was mothballed in March due to the Covid lockdown, Since then, what  has the experience been like for you as a footballer and a person?

DV. Footballing wise, it was a shock. I went away with the Northern Ireland team to Spain in what was supposed to be a two week international break and it ended up being six months away from Glasgow. We have had to use Zoom for the girls to keep in touch during that time. It’s a new team, we had 12 weeks to get to know each other then we were gone for six months. We had to almost te-introduce ourselves to each other. As an individual, you get used to things but there was needing to train alone, running, and doing ball work alone. I think everyone learned a lot about themselves during the lockdown period, it makes you grateful for what we have as professional footballers with the support of the club. There are others out there who are losing their jobs, having a tough time.

Hearts on Sunday, the first game of the new season. Are you raring to go?

Yes, finally we can say that pre-season is over. Effectively it was our 2nd pre season with how things went at the start of the year. One is enough, never mind two. We’re ready to go and it’s nice to be able to get out and play competitive football with 3 points to play for.

A lot of new players have been brought in, what are your aims for the season as a team and squad?

Yes. It’s almost like a brand new team and we already know of a few more coming in January (signed on pre-contract agreements), we’ve had seven or eight international players coming in. It will take a while to fully bond as a team but we’re going out to compete and to win. With the top two sides qualifying for the Champions League, that is where we want to be.

How are you enjoying working with Malky Thomson and Kevin Murphy?

I think they bring different things. Kevin has good experience from the women’s side and Malky has worked in youth and senior football. They are a very good fit and mix well together, although different in their backgrounds and as coaches. 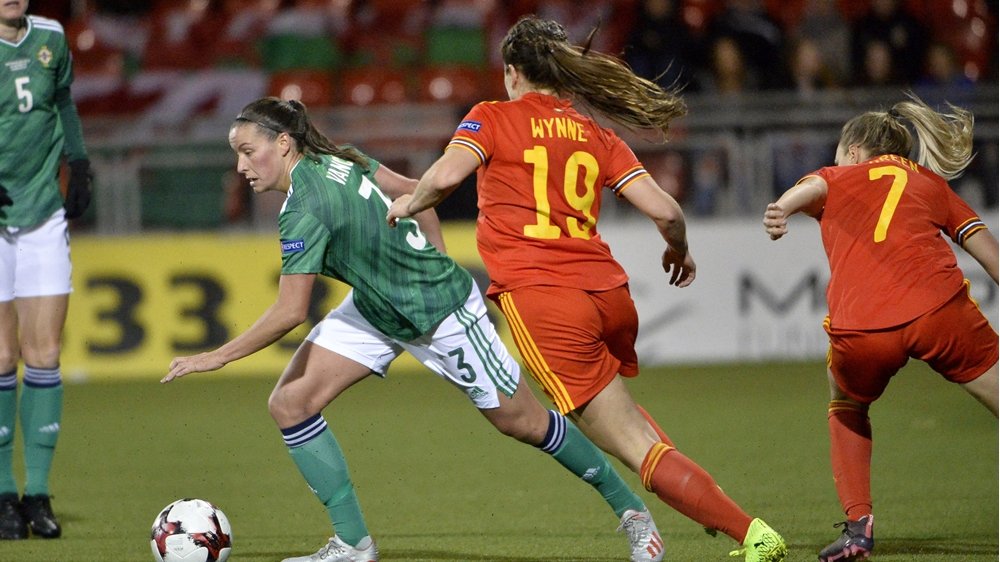 Demi Vance on the ball for Northern Ireland

Following your move from Glentoran to Rangers, what has been the biggest challenge for you?

I think it has been stepping out of what I was comfortable with, into a new environment. I think I got lucky in that I wasn’t on my own with us being a new team brought together. Everyone shared that experience. I was also new to full time football, compared to before when I had another job as well as playing part time for Glentoran. I would call it a shock to the system that I didn’t have to go from work to football and it’s nice to be able to concentrate solely on that, now it is my job. Maybe a challenge has come from living with 5 other females as well as new surroundings and everything that has followed coming back here to Glasgow after the lockdown.

You played against your current team mate Megan Bell in her time at Linfield, do the two of you still kick each other in training?

She can’t catch me, I’ve too much experience for her! No, obviously we play together in the national team and it’s good to have a familiar face here and to have Megan as a team mate now.

With the NI team, you have an away game in Belarus coming up this month, how would you assess the current campaign? (NI are still in with a chance of qualifying for Euro 2022 in England but will likely need nine points from their final three games as well as a ‘favour’ from group leaders Norway against Wales)

We always seem to get Norway and it certainly doesn’t get any easier. We had the change in coaching staff with Kenny Shiels coming in, things were going well then lockdown came at the wrong time for us. We has a good win against the Faroe Islands recently (0-6) and now on to Belarus. We will do what we have to do and hope Norway beat Wales.

Is second place and the play-off spot still within your grasp?

Yeah, definitely, we have never been in this position and we believe we can get to the playoffs. We want to win, nothing else and our aim is to get into the play-offs.

Personally, what are your aims and goals, looking ahead to the next couple of years?

I want to continue enjoying my football. I’m enjoying it here at Rangers, I’m moving into a different position on the pitch now and it’s also an exciting time for Northern Ireland…for as long as I keep getting selected.

Demi’s team mate Sonia O’Neill recently spoke out on her social media channels in response to negativity and unwarranted comments. Vance was asked to share her own perspective on the matter in general.

I think, now more than ever, people need to consider how they speak to others. It’s a fragile time for all and the internet can be a mean place and sitting behind a screen doesn’t make it ok. Speaking just for myself and women in general, we’re trying hard to be the best we can as footballers and to be taken seriously. With the rise of women’s sport and the Rangers team, we want to be supported by the fans.

Best wishes to Demi and all at Rangers WFC for the season ahead. The game this Sunday against Hearts takes place at the Rangers Training Centre with a 3pm kick-off.