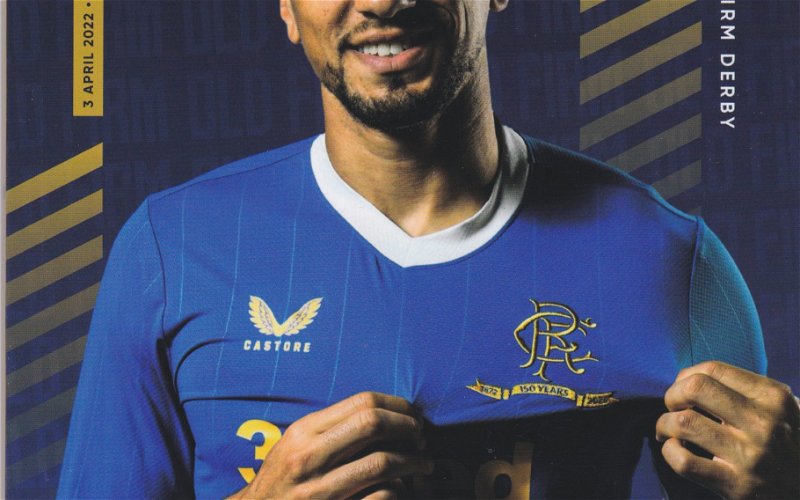 Giovanni van Bronckhorst was unable to hide his disappointment in the immediate post-match press conference following Rangers 2-1 defeat to Celtic on Sunday.

“It was a game we had to win. In the end we didn’t win it and that is a big disappointment for all of us.”

The need to win the game, and bring Celtic back within touching distance was made clear prior to kick off. The harsh reality of not achieving that objective was highlighted when it was pointed out to van Bronckhorst that there had been a 12-point swing in the league since January when Rangers were 6 points clear of Celtic and yet ended the game today 6 points behind their rivals. When asked for an explanation on how this has happened van Bronckhorst pointed to previous performances,

“…we didn’t take the chances we had, we had some decisions not go in our favour and then in the end when you draw and lose points, you don’t take the chances you get. That’s why we have lost a lot of unnecessary points…Those are the facts and we can’t change that.”

Highlighting perhaps that the damage to Rangers title hopes was done in games prior to the fixture with Celtic, it’s been evident in a number of games this season that Rangers prolificacy in front of goal, alongside a defence that seems unrecognisable from last season, has been a double-edged problem that van Bronckhorst has struggled to find solutions to since his appointment.

“The goals we gave away were like gifts. In any match, not just the Old Firm, to give away a goal like that it’s unthinkable. The second goal as well, we didn’t defend as strongly as we can. We conceded two easy goals against us.”

Despite conceding two goals to Celtic Rangers couldn’t have started the game any better after Aaron Ramsey opened the scoring with just three minutes gone. The Welshman looked sharp and despite a gruelling 90 minutes for Wales on international duty, he looked to have regained his match fitness. Asked about the decision to substitute Ramsey midway through the second half van Bronckhorst curtly replied,

“Yeah well, I make my own decision”.

It appeared that the manager was keen to shut down this line of questioning but after pausing he did then give further comment,

The absence of Alfredo Morelos was well documented before the game but van Bronckhorst was keen to highlight that the absence of the Columbian was not an excuse for the result.

Van Bronckhorst’s first task at the start of the week will be to lift his players and focus their minds on the Europa League quarter final on Thursday. Following the defeat to Celtic, the Europa league becomes an even bigger focus for this club and the fans will once again not accept any excuses if the performance does not reach the heights of the earlier rounds.