On a raucous night at Ibrox, Rangers’ Champions League ambitions were halted by a stubborn Malmo. 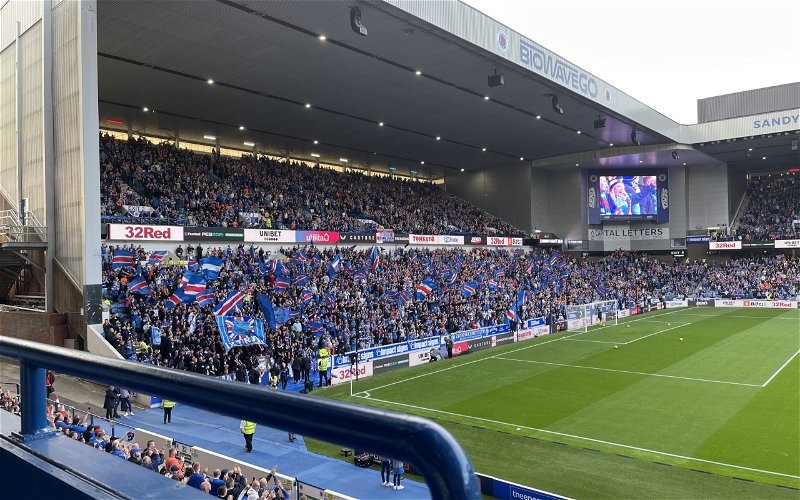 Rangers made four changes to the team that started against Dundee United, with Filip Helander, John Lundstram and Jon McLaughlin dropping to the bench and Glen Kamara still suspended. There were starts instead for Allan McGregor, Leon Balogun, Scott Arfield and Scott Wright.

Following last week’s 2-1 defeat, Steven Gerrard had called on the Ibrox crowd to help his side turn the tie in their favour.

The home support rose to the challenge, creating a cacophony of noise from minute one. The high stakes of the contest, combined with the first capacity crowd since March 2020, ensured that there was no shortage of atmosphere.

A bright start from the hosts did nothing to calm the atmosphere, with Joe Aribo’s effort being deflected wide following a cutback from Alfredo Morelos.

Aribo was at the centre of the action again in the 12th minute, when a teasing cross from Barisic just evaded the midfielder’s outstretched boot.

And in the 18th minute the early pressure paid dividends when Alfredo Morelos, who had looked sharp from the start, bundled in a Ryan Kent cross.

The goal served only to send an already rabid crowd into fever pitch, and seemed to cause the already-passive visitors to retreat further into their shells.

Malmo rallied, though, with an Allan McGregor handball outside the box giving them their first sight of goal. Whilst nothing came from the resulting effort, a 36th minute header from Colak and a low drive from Birmancevic were indicative of the visitor’s growing confidence.

Any momentum was stopped square in its tracks, however, when Bonke Innocent, who had earlier been booked for a pullback on Morelos, was shown a second yellow on the stroke of half time for a foul on Connor Goldson – a decision that Malmo were perhaps justifiably aggrieved by.

Rangers started the second half the brighter, with Morelos again asking questions of the Malmo backline.

But any hopes of a straightforward night’s work were quashed in the 52nd minute when Antonio Colak fired low into McGregor’s right-hand corner to restore Malmo’s advantage.

Five minutes later, Rangers were staring down the barrel of elimination as Colak bagged his second to make it 2-1 on the night and give Malmo a two-goal aggregate lead.

Steven Gerrard responded by introducing Fashion Sakala and Ianis Hagi, with the latter firing over from close range shortly after his arrival.

Rangers continued to push for a goal, most notably with Morelos heading wide from a Tavernier corner and Kent firing over from the edge of the box.

In truth, though, the Malmo goal was not under serious threat, and they closed the game out comfortably.

Last season, Steven Gerrard built an imperious winning machine. Three defeats within a week have shattered any illusions of carrying this momentum into the new season.

The players will know that after tonight’s result questions will be asked. With a Europa League qualifier, not to mention an Old Firm derby, on the horizon, the team will have to find the answers quickly.