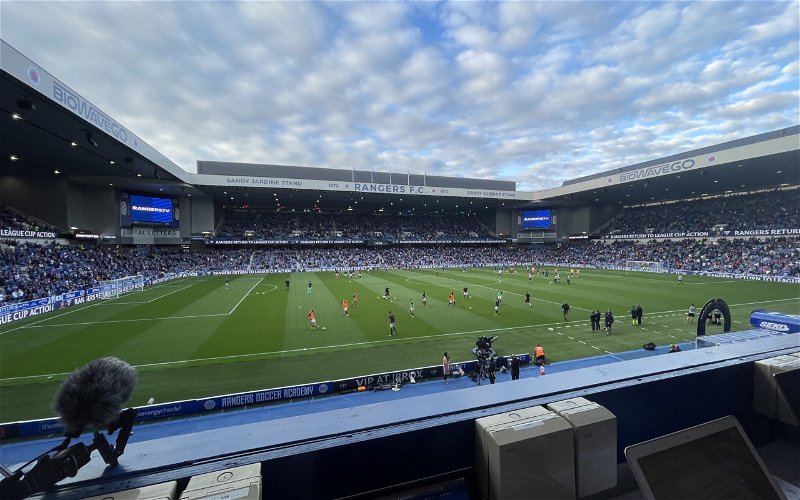 Manager Steven Gerrard has expressed his ‘disappointment’ as Rangers were eliminated from the UEFA Champions League after defeat against Malmo at Ibrox.

Despite a late goal from Steven Davis, Malmo came into the game with a 2-1 lead from the first leg and were confident of seeing the job through in Glasgow.

Rangers – playing in front of a full stadium for the first time in over 15 months, looked the brightest team from early on and their high press paid off on the 18th minute when a lovely piece of skill from Ryan Kent on the left-hand side set up Alfredo Morelos to head the ball into the back of the net.

From there, Rangers pushed on and looked the more dominant side and looked to extend their lead, with Morelos coming close to making it 2-0.

Malmo looked to get back into the game and had a few half chances from set pieces, but never really created anything of note as Rangers continued to attack with Joe Aribo looking like a creative threat.

Just on the stroke of half time, Rangers were handed a boost when Bonke Innocent was sent off for a second bookable offence after appearing to kick Connor Goldson in the ribs. It did look soft, but with Rangers going into the break with the lead and an extra man, they certainly had the advantage.

Rangers started the 2nd period brightly, but their momentum was curtailed when Antonio Culak equalised for Malmo in the 53rd minute after a delicious reverse ball was played into him and he fired across Allan McGregor, leaving the Rangers number one with no chance.

The curtailment soon turned to despair for Rangers as Culak once again found the net, turning Connor Goldson and firing past McGregor just 5 minutes later.

Rangers looked to get back into the game by bringing on Fashion Sakala and then Ianis Hagi but it was to no avail.

Malmo stood their ground and Rangers went out creating no real opportunities in the last 30 minutes, dropping into the Europa League play-off round where they will play either FC Kairat Almaty or Alashkert FC.