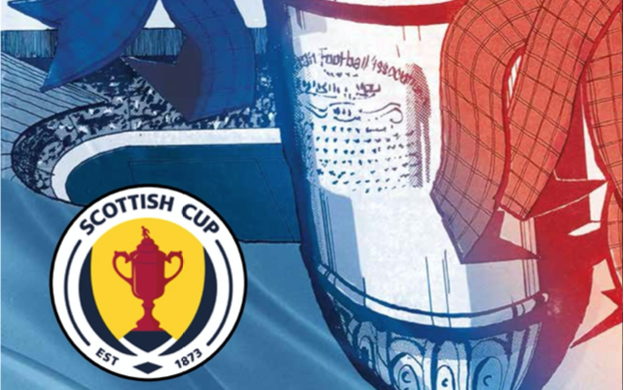 After an initially pensive eight minutes Rangers produced a free-flowing move from midfield.  The ball was moved out right to Morelos who fired in a pass which hit off Ajer’s foot and bounced to the perfect height for Steve Davis to fire in an overhead kick which gave Bain little chance to stop as it was so close to him.

The period after the goal Celtic strangely found their rhythm – creating several chances, dominating possession and putting the Rangers midfield under pressure.  It would be their best spell of the match.

In the 28th minute a move started by Davis moved through Kent for Arfield down the left which ended with a shot but flag was up – this was immediately followed by a mazy run down the right by Patterson which took him inside the box for a shot which hit the side netting.

With twelve minutes to go to half time Rangers crafted a second goal.  Started by Aribo, he went on a mazy run down the right before he fired in the pass to Kent who was shadowed by Kenny, who clipped the ball into his own net.

The second half started with a thunderous shot from Turnbull which McGregor tipped around the post.

In 56 mins Elyounoussi went by Helander and Goldson – the ball hit off McGregor and sat up for Edouard although it was slightly behind him and he knocked the ball high over the net.

Shortly thereafter Patterson gave the ball away to Edouard who headed straight for goal before side footing the pass to Elyounoussi whose heavy first touch gave McGregor the time to recover and safely gather the ball.

In the 65th Kent took the ball on the left and cut in and fired in a hard shot from outside the box which Bain could only parry into the path of Morelos who himself shot straight at Bain but this time he held the shot.

Celtic were coming slightly back into the game and in 77th minute Goldson gave away a foul on Brown – from the free kick Aribo pushed Elyounoussi and the penalty as given.  Edouard took the penalty but McGregor dived to his right to save the well struck shot.

In added on time a corner from Turnbull found Griffiths at the far post but his turning shot went well over.