Rangers mix it up against the Hammers 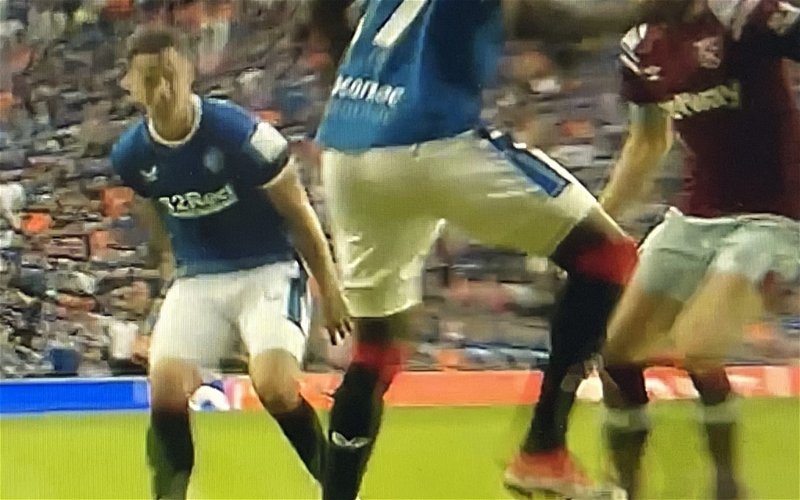 With very little to discuss from the first half in the way of clear-cut attempts on goal, it was the high press and intensity from both teams that set the tone and bring some excitement to the game. West Ham’s pressing off the ball brought them success both domestically and on the European stage last year and they tried to force errors from Rangers across the pitch, but there were clear instructions for the Rangers team on how to deal with this pressure. Our wide men and Colak alternated long and short runs, providing the midfield with different avenues to play the ball and there was a notable difference in how often first-time passes were played amongst the front 6 and full backs.

However, Rangers’ counter against the press began with the goalkeeper with Jon McLaughlin showing off his own range of short passing, switching the build up throughout the half between patient, safe passes to his centre halves to quick, forceful balls into the feet of the midfield. As supporters we may take some time to adjust to using the goalkeepers fete so often, but it’s clear to see the back four don’t have the same apprehension and this itself brings a level of comfort.

Rangers’ best chance in the opening half was a product of their own movement without the ball, with Antonio Colak forcing a mistake from West Ham’s Aguerd on his own 18 yard line, but unfortunately couldn’t find enough composure to slot past Fabianski as both centre half and keeper attempted the recovery. It would have been a well-deserved reward for how Colak led the line throughout the first half, continuously covering the distance between the visitor’s back four and forcing the long ball forward.

Half time was greeted with applause as the teams left the field and the cheers continued as new signings Ben Davies and Malik Tillman were introduced, with both taking their chance to embrace the Ibrox atmosphere from the pitch for the first time. But it was the home debut of Rabbi Matondo and Tom Lawrence that really sparked the friendly into life.

Alongside James Sands, the new boys replaced Jack, Souttar and Wright as the second half began and with it, we seen the first glimpse of the flare and ruthlessness we can hopefully expect from our new look forward line. As Tavernier drove down the right-hand side, Matondo broke away with pace and met an inch-perfect through ball from his captain to reach the by-line and play the ball into the West Ham box. With all eyes on the target man Colak as he darted towards the 6 yard box, Matondo opted for the late run of Tom Lawrence who met the cut back with a cool side foot finish into the bottom corner.

The Union Bears hadn’t even burst into their next song by the time the rangers captain was bombing down his wing again, but this time taking advantage of Lawrence’s finding space in the No. 10 position. Almost instinctively, taking the ball into feet he turns and releases the ball behind the West Ham defence, knowing Ryan Kent’s run will meet the pass, before the winger takes a touch and slots number 2 into the far post with his right foot.

Rangers remained relentless, continuing their team press as West Ham struggled to get out of their half and Rangers were determined to move the ball with purpose, with one-touch, direct passing driving the team forward. Borna Barisic, who seems to have come back with confidence, finds Matondo from deep as the winger’s run escaped the West Ham defence as he moved through the middle. As he drives into space, Tavernier takes the ball and finds Tom Lawrence yet again who this time lays off to the other side as Rabbi Matondo fires home the third.

At 3-0 and 60 minutes played, Rangers can already be happy with their performance and the early workout they’ve endured from a strong West Ham side who, at this point, would be wondering where the last 15 minutes had went. Antonio Colak makes way for Fashion Sakala as the game begins to simmer back down and resemble a pre-season friendly once more. Half chances are created either end of the pitch and the visitors eventually grab a consolation from a corner kick. Michail Antonio meets a terrific cross and forces a save from Jon McLaughlin and Tomas Soucek is first to the rebound, passing the ball into the net. The feeling in the stands, however, was that the Rangers keeper would have saved the second attempt had Soucek not collided with him, and there’s every chance the clean sheet would have remained had it not been a friendly.

Late cameos for youngsters Adam Devine and Charlie McCann kept the interest in the last 15 minutes as they joined Scott Arfield in replacing Barisic, Kamara and Kent, with the latter announced as Man of The Match minutes later. All in all Gio should be pleased with what his players produced and certainly appeared so in the post-match press conference. The team that dominated the first 15 minutes of the second half are the favourites to start on Saturday against Tottenham Hotspur and the manager will be eager to see if the can apply the same intensity to a step up in quality.