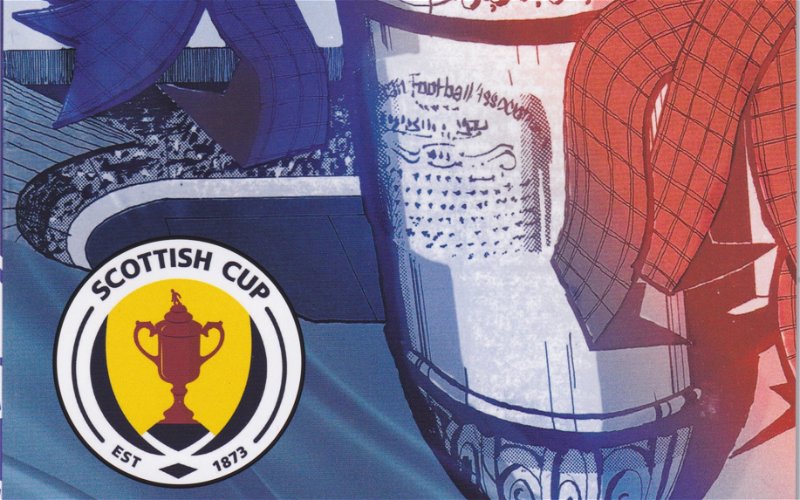 The first twenty minutes of the match were something of a chess match with Cove negating Rangers possession with some decent defending.

With eleven minutes on the clock Roofe hit a shot off the upright after a smart move which saw Wright set up his shot.

In the 23rd Defoe scored with a rifled shot from outside the box.  He took a pass from Kamara in midfield, churned and steadied himself for a shot which he confidently stroked into the net.

Defore nearly added to his total in the 28th minute when Scott Wright drove down the right wing before snapping the ball back for him – the shot was placed just to the outside of the goalkeepers left hand post.

As the half hour loomed pressure from Bassey and Defoe on the right opened up the play which saw the ball move cross field to the onrushing Arfield who shot, the keeper palmed the ball away into the path of Roofe who calmly claimed Rangers’ second goal.

Barely had we time to collect our thoughts when Roofe struck again – this time Wright provided the shot in from the right for the striker to convert.

Three minutes before the break young Nathan Patterson got on the scoresheet.  Sustained pressure on the Cove defence forced them into making one pass too many across the face of goal – Patterson was quick off the mark and intercepted it and on the run flicked it into the back of the net.

The second half kicked off with Hagi on for Davis – Gerrard obviously protecting the maestro who was booked in the first half for an uncharacteristically late tackle.

The first fifteen minutes of the second half saw constant Rangers pressure on the Cove defence – to be fair they put their hearts into last minute defensive moves.  Roofe came off for Itten as the hour struck.

At the same time Cove’s Jamie Masson had to be stretched off with a leg injury which held up play for several minutes as the stricken player was attended to.

The second half was in general rather a disappointment as a spectacle.  The goal difference meant it developed into a training game.  There was nice play from Rangers but too often the finishing was a rushed shot.  Cove toiled manfully and even incurred into the Rangers half on a couple of occasions but shots were few and far between.