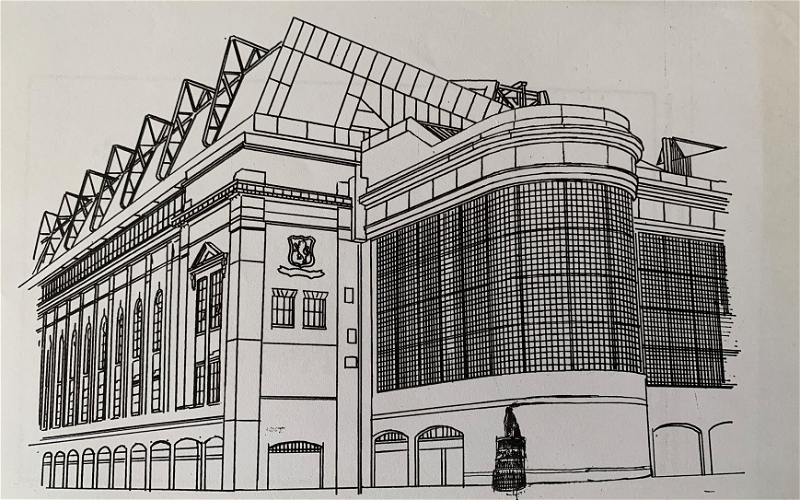 THE Rangers Youth Development Company has celebrated 20 years of unwavering support for the Rangers Academy by donating another £375,000 to the club’s youth programme – that’s an overall contribution of almost £9.5 million since 2002.

For the past 20 years, profit from RYDC products have gone towards youth development at Rangers and despite a change in operations due to the Covid-19 pandemic another phenomenal amount has been raised for the Academy.

Annual contributions are raised from RYDC’s portfolio of products, which include Rangers Lotto, The Union Jackpot half-time draw, Stadium Bricks and Scratchcards, and two decades of significant financial donations really have made a positive difference to the day-to-day operations at the training ground.

The development of Academy graduate Nathan Patterson, who completed a record-breaking move to Everton earlier this month, was aided by RYDC support and that backing will remain throughout 2022 and beyond.

Rangers supporters have shown incredible loyalty to RYDC during the pandemic by continuing to participate in their product portfolio and Director of Operations Colin Stewart has praised the fans yet again for proving once again they are the best in the world.

He commented: “The Rangers Youth Development Company is delighted to donate another £375,000 to the Rangers Academy and that amount was only achieved through the loyalty of our incredible fanbase.

“As RYDC celebrates 20 years of support for the Rangers youth programme, I would like to pay tribute to each and every supporter who has backed our variety of products in the last 20 years.

“We remain committed to supporting the Rangers Academy in any way we can and we are immensely proud of the fact we have raised almost £9.5 million since 2002. That level of financial support is truly remarkable and deserves to be recognised.

“Rangers is celebrating its 150th Anniversary this year and 2022 also marks two decades of serious financial RYDC support to the Academy. As ever, we will continue to work closely with Craig Mulholland and his Academy staff to help the Club and also promote RYDC products.”

Head of Academy, Craig Mulholland, who accepted RYDC’s cheque, commented: “This has been a fantastic few weeks for the Academy. An Academy graduate in Nathan Patterson, has become the biggest player sale in our 150 year history; Leon King has extended his contract, graduated to the first-team dressing room and picked up more minutes in the Scottish Cup; Alex Lowry, a very exciting, creative talent, has made a debut in the cup and started in the SPFL and we’ve seen Charlie McCann feature regularly on the first-team bench.

“This good news now continues with Colin and his team, despite the most challenging of circumstances during Covid, and having no crowds in the stadium, once again supporting the Academy, our staff and our ambitious projects, with a remarkable sum in the circumstances.

“We are massively grateful to Colin, his team and every Rangers supporter who has contributed to these successes by purchasing a draw ticket, a scratch card or any of the other RYDC products.

“We continue to invest this money carefully in line with our Academy strategy and it allows us to make exciting appointments like our new Head of Coaching, Zeb Jacobs who we recruited from Belgium and supports innovative projects such as our new B Team initiative in the Lowland League.

“A demonstration of the progress being made can be seen in the UEFA Youth League where we eliminated the Champions of Sweden and Bulgaria, while in the SPFL Trust Trophy we have exposed the players to early men’s football with victories over League One Dumbarton and Alloa.

“When we see the likes of Nathan Patterson and Billy Gilmour, two of Scotland’s brightest talents in a generation, represent their country at the Euros in the summer at just 19 years old, both who were in Rangers Academy from age eight, along with the high numbers we now have playing international U21-football, we are now seeing the outcomes from the strategy we set out on six years ago, and those who contribute to RYDC can see what their vital support is achieving.

“When everyone at Rangers comes together we can achieve something special and this feels like one of these moments.  Thank you once again.”