Red Star Belgrade – player profiles and their season so far 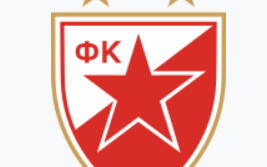 Red Star (or Crvena Zvezda in Serbian) is Serbia’s most successful football club with 60 domestic titles (32 league titles), 3 European titles (CL x1, Mitropa x2) and a club world cup title. They competed in European cups group stages in every year beggining with 2017, having missed group stages for 10 years prior to that.

Cristiano Piccini, 29, right back, winter signing from Valencia, has 3 caps for Italy, looks like a good signing so far.

Aleksandar Dragović, 31, center back, second in Austria’s all time most capped players list, very experienced, composed, calm, one of the leaders of the team.

Milan Rodić, 30, left back, 7 caps for Serbia, decent defender, decent crosser, terrible stamina, been with the club since the beginning of this new successful period in clubs history.

Slavoljub Srnić, 30, Swiss army knife of a player, he can play in almost every position bar goalkeeper, this season mostly used as a defensive midfielder, not really good at anything but extremely hard-working.

Guélor Kanga, 31, predominantly an attacking midfielder, but can play as an “8”, 57 caps for Gabon, an unpredictable player, on his day one of the best midfielders outside top five leagues, when his not having his day he is often one of the worst players on the pitch. Arsenal FC legend Tomas Rosicky famously said that if Kanga had the mentality, he would be one of the stars in one of the top 5 european leagues. Scores screamers oftenly.

Ohi Omoijuanfo, 28, striker, winter signing, scored 27 in 29 for Molde in Norway last season, already has 4 in 5 for Red Star including a goal in the “eternal derby”, looks like a world class finisher.

Milan Pavkov, 28, striker, fans favourite, scored a brace in a 2-0 win against Liverpool in December 2018, excellent in the air, cannon of a right foot, a bit thuggish oftenly.

Nenad Krstičić, 31, midfielder, experienced player that played in Italian and Spanish league, usually comes on to see the game out.

Radovan Pankov, 26, center back, a reckless player, comes on to see the game out, starts games sometimes when Red Star want to play 5 at the back.

This season so far:

In the league, they are sitting at 2nd place at the table at the moment, two points behind their rivals Partizan. Their only loss this game came in October, against a pretty bad team, Radnik Surdulica. However, their league record shouldn’t mean much, as the league is of pretty poor quality. Their win against rivals Partizan and their most recent 5-0 win should give them some confidence though.

In Europe, they started in CL qualifing. They’ve lost their first game against Kairat 2-1, but won the reverse fixture 5-0. Then they drew with Sheriff, but lost the reverse fixture 1-0 (worth nothing that Sheriff eliminated Dinamo Zagreb and went on to beat Real Madrid in the CL group stage). After that loss, they continued their European journey in the Europa qualifying, beating CFR Cluj 2 times(4-0 and 2-1). In Europa League group stage, they topped their group with Braga, Midtjylland and Ludogorets with 3 wins, 2 draws and a loss. It is worth nothing that in the loss against Midtjylland they played with 10 men for almost the entire match. Another point worth nothing is the fact that all of their Europa League games were low scoring(2-1,0-1,1-0 wins, two 1-1 draws and a 0-1 loss).