Stay In Control – Rangers and Gambling Sponsorship In Football 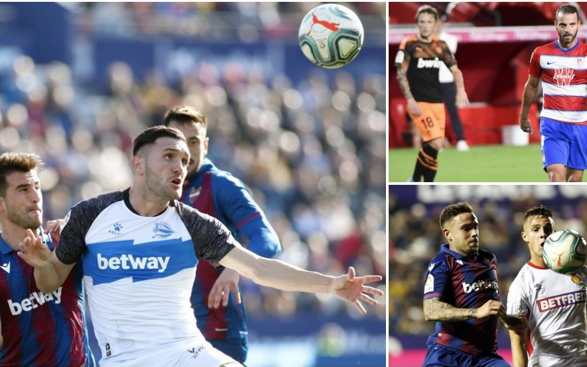 Stay In Control – Rangers and Gambling Sponsorship In Football

Is there scope for Rangers FC to do more to provide support to fans in relation to gambling sponsorship amidst the increased platform and exposure that it provides?

This article seeks to explore and to encourage debate within the Rangers community as to how awareness can be raised and support provided for compulsive gamblers, children and any vulnerable people, given that our club’s relationship with the gambling industry has evolved and expanded now that there are two major betting brands closely associated with Rangers.

As confirmed with the recent launch of the new Castore kit, Rangers existing title sponsor, 32Red, remains in place on the shirts with the addition of the ‘Stay In Control’ tagline to the logo. This is supplemented by the introduction of a different sponsor for the training kit, something that has become more prevalent at major clubs over the last few years. Unibet will be the brand to have this distinction for Rangers and its presence at Ibrox will be enhanced as the in-stadium betting provider at the concourse kiosks. Both 32Red and Unibet are stable brands belonging to the parent online betting operator Kindred Group.

As outlined above, Rangers has a continued relationship with gambling firms and the visibility of this appears to have increased given recent developments. However, this is not an issue contained to one particular club, that is obvious.

The problems in society caused by gambling are well documented. The proliferation of bookies shops on our High Streets as well as in built up local communities contributes to this, as does the ease and discretion of online gambling in our modern day, 24 hour connected lives.

“In a survey commissioned by the GambleAware charity, YouGov estimated that up to 2.7% of adults in Great Britain, or nearly 1.4 million people, were problem gamblers. Experts urged caution over the figure, insisting that the true addiction rate is likely to be closer to the health survey figures of 0.7% cited by industry regulator the Gambling Commission. The report also found that as many as 7% of adults, or 3.6 million people, report having been negatively affected by someone else’s gambling problem.

Overall, the research suggests that nearly 5 million British people have experienced harm linked to gambling, even accounting for the overlap between problem gamblers and those they affect.”

Rangers and its fanbase reflect the society that it is part of. In particular, betting and drinking is ingrained in football culture. Both of these services are provided to fans and clients within the club, so it is obvious there will be people, as in society, with compulsive and addictive behaviour.

This is a fact that this writer knows first hand as personally, I am a problem compulsive gambler who has admitted my issue and thanks to support and good counsel received, I have been maintaining an abstinence for over 14 months since I last placed a bet.

Several months ago, I spoke to a Rangers staff representative at a focus group meeting. When I asked what help was available or what support could be signposted to fans who identified as having a problem, they were slightly hesitant and possibly felt ‘doorstepped’ despite that not being the intention.

At Ibrox in recent years, there have been a handful of players known to have had public indiscretions with gambling and falling foul of the football authorities despite the tangled web that is the game’s relationship with betting. If we take a step back from an individual level, a very apparent question is,

Does football have a gambling problem?

– Rangers as well as rivals Celtic have had betting firms as their shirt sponsor for the past several seasons.

– In England, the 19/20 season saw 10 of the Premier League’s clubs shirts sponsored by betting brands, in the Championship it was 17 out of 24.

The sponsor and the industry

To come back to Rangers, 32Red are considered to be valued partners of the club in a mutually beneficial arrangement. It is important for the club to attract such investors and to accrue as much sponsorship money as is relatively possible.

It could be argued that football would be in a much worse state and clubs would be disadvantaged if this money was kept out. However, we also should consider where the profits derive from and the human cost that contributes to the funding into football.

Back at the start of 2020, the company launched an initiative with responsible gambling as the premise. Stay In Control was very visible. The brand’s YouTube channel carried three short films with Wayne Rooney, Belfast boxer Carl Frampton and jockey Paddy Brennan. The emphasis was that betting should only ever be entertainment, messages such as ‘can’t win them all’, ‘learning more from losses than wins’ and ‘losing control’ were discussed in a sporting context with the obvious overlap into gambling being featured. Here is a link to the first of the mini-series,

Stay In Control made a brief appearance last season on Rangers shirts in the September 2019 derby clash vs Celtic at Ibrox.

It is important and vital that the firms are aware of their responsibilities but it cannot simply be lip service or token gestures. With increasing scrutiny being applied to the gambling industry, things are changing across the entire sphere of sponsorship and exposure meaning that the companies are having to respond.

Already in certain countries, gambling sponsorship is not permitted in football. In the last few days, Marca reported that change had been swept into the Spanish game by the Madrid government.

“ A new Spanish law that will prohibit the advertising of betting companies inside Spanish football stadiums or on shirts, as well as imposing other restrictions on the gambling industry, will affect 41 of the 42 teams currently in LaLiga Santander or LaLiga SmartBank.

There are currently 10 clubs with a betting company as their main shirt sponsor – Leganes, Valencia, Sevilla, Osasuna, Levante, Alaves, Granada, Real Mallorca, Sporting Gijon and Girona – but there are many others with such sponsors on other parts of the kit.

At home, here in the UK, a House of Lords Select Committee report has this month recommended that the link between betting firms and shirt sponsorship should be eradicated.

“The cross-party committee, set up to look at the impact of the UK’s gambling industry, also says such sponsors on Championship club shirts should be phased out by 2023, and that other sports should end shirt betting sponsorship in three years.”

What can or should Rangers do?

The club has a corporate and social responsibility to be ethically sound. There is a duty of care owed to staff, fans and its wider community. Perhaps, via the Rangers Charity Foundation, the club can increase its help for people in relation to gambling behaviour. For young adults, education and safety is imperative. The risks and danger of gambling and addiction should be outlined as well as the reminder that betting should be within limits and recreational. For others who have gambling problems affecting their lives and those of others around them, can the club find ways to provide direct help?

Given that Rangers provides a significant platform for advertising and exposure in return for sponsorship, there is an opportunity to seize the initiative to lead, to provide support and to raise awareness of the issues that are out there in the world around us whilst balancing that with corporate and financial obligations.

I approached a club representative to discuss the content of this piece and they were receptive to the ideas and possible benefits mentioned. At the time of writing, no further response was received but I hope that this can be given due consideration by relevant personnel to enable further awareness for support and direct assistance to be provided by Rangers to its staff, fans and community.