Steven Gerard speaks ahead of the Old Firm game 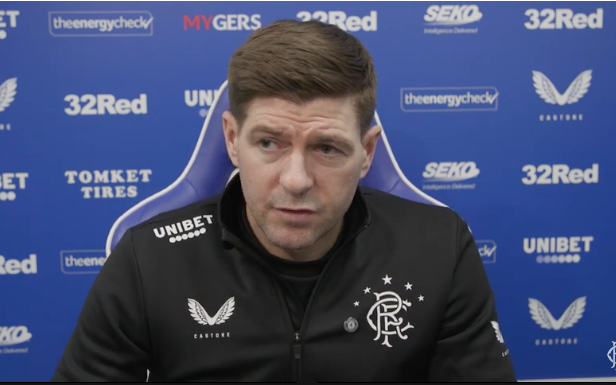 Steven Gerrard has looked ahead to Saturday’s Old Firm game with a few pointed observations.

He reckons the team has a different psychology now – he’s happy with his team which he says is humble and balanced with their feet on the ground.

Kemar Roofe has caught his eye – a pleasure to coach him.  Described him as “low maintenance” – called him a workaholic who is thorough in his preparation.

Cedric Itten has a case to knock on his door – in fact all the forwards have a right to be knocking on his door as they all have a case.

Speaking of Joe Aribo he conceded it’s been tough for him – 12 weeks recovery from injury followed by roughly a month of health issues.  But now he’s close to his best and he has had the shackles off of late.

What does particularly please him is goals from all over the pitch and especially having four number 9s in the building all capable of scoring.