Strap Yourself In For a Defining Ride 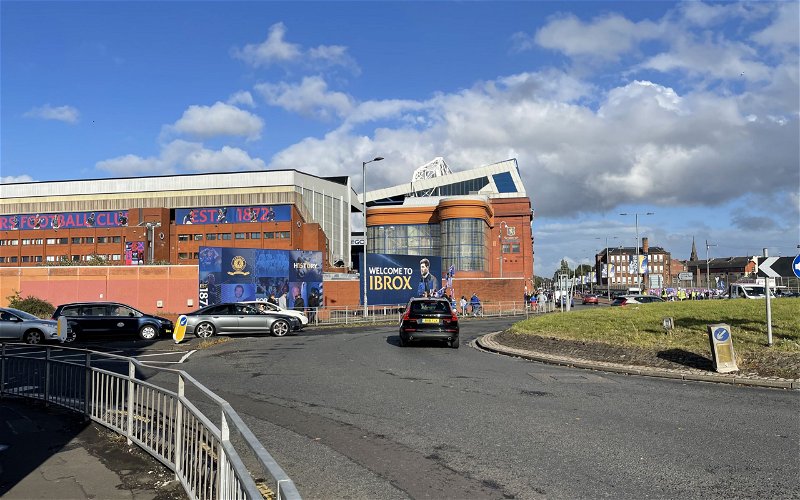 We’ve had so much positivity of late on the field of play but there’s no denying the disappointment felt within the wider Rangers community after Malmö: getting to hear that theme while lining-up in Europe’s premier club competition was our first big aim for the season but we were caught cold and lacking.

That abject failure to negotiate a successful half versus ten men, far less a winnable tie against middling opposition, is rightly encouraging a lot of fuss and noise.

The consequences for the second main objective of the season – the retention of the SPFL title and with it (barring some shenanigans best left to Excel users) automatic entry to next year’s Champions’ League group stages – are yet to be glimpsed, far less realised.

But there are clearly some troubling times ahead in the short-term.

And as expected it’s encouraged some wild, hot, and often barely coherent takes to be printed and published, both from within and without the RFC family. The manager himself had to take questions on the possibility of major departures and there can surely be no one paying attention who isn’t at least a little worried.

This past Sunday brought with it a mildly innocuous story regarding the future of Nikola Katic and even if it may be lacking in a command of the finer details of reality (we used to call these things lies) it did highlight a concern which in turn provided a little disconcerting reaction. For this is, even on a good day, just an argument about our third, fourth, or fifth choice centre back.

Even a passing familiarity with the balance sheet brings with it a realisation that we simply cannot afford to keep relying on investors to bridge the considerable funding gap that exists. And as such – without the CL money this season – it seems logical that we may have to accept bids for some of our more valuable and popular assets from a position of limited strength. So far, so good: so what about the liquidity in the market at present?

And here’s where the problems start; it’s managerial prerogative to talk down bids for your players but it’s fairly common knowledge that only one player has received a level of interest that could even come close to an acceptable return (Morelos), and his current worth is not as high as before, to say nothing of what we’d like. This past week saw an anonymous representative of a club from a major European league making the point everyone is tip-toeing around – the big clubs, at the top end, are still buying but the middle of the market transfers (the high seven to low eight figure deals that were the lifeblood of selling clubs releasing their assets to the bigger teams in these leagues) have all but evaporated.

As it relates to Rangers, there are probably three (but you could make the case for four) players that could command that type of fee – Kent, Morelos, Kamara – but in the present circumstances the loss of more than one of those during this league season could be a footballing catastrophe. We can chip away at the squad, with someone out on loan and some wages freed here and there, but major surgery may not be possible without great risk. The greater one – whether to gamble on retention and the successful defence of the championship leading to those CL riches next season – is already going to define this campaign.

This is not to say that the effects of a positive European run could not at the very least serve to militate much of this sky-is-falling perspective.

An interesting thread over the weekend dealt with the changes in the prize money in the European league, and the disparity with the newly-created Conference, where the allocation of the market pool means we may have more cause than usual to hope our city rivals are knocked out.

I’ve more confidence in the management and Ross Wilson being able to identify and bring in replacements for our key men at the end of a successful season than I have in our fans being able to deal with Alfie leaving in August or even a late bid for Ryan Kent leaving us paralysed offensively.

We’ve been relatively spoiled in recent times but it remains the case that we can either make a firm move now toward being a selling club or run it all back for this defining season. You and I don’t get to sign off on which route we take but both have short-term effects that could be incredibly difficult to predict or to accept. The very notion of gambling may seem anathema to a support that has spent much of the past ten years lurching from one emotional crisis to another but we’re in danger of letting down the collective side if we cannot be adult about the present reality.

The safe future of the club has to take priority over our wee huffy feelings, yet outside factors may mean that the bigger risk/reward strategy is the only one available. Succeed and we can set up a gap between ourselves and others and secure the financial foundations for years to come: fail and Broxi Bear and Jimmy Bell may have to make some appearances in season 2022/23.

Many of us knew, even as we fought back manly tears last spring, that this season coming was the most important one. Parochial passions will always be powerful but the real risk this season is that 20/21 becomes a true outlier, and a developing chasm between the Glasgow clubs consigns us to another long period of misery. Are we emotionally ready? Probably not – but we should worry less about that and more about the people running the club. Their decisions will help determine the next decade.