Strict Liability and the lack of common sense – why the rerouting of an Orange parade matters to football fans. 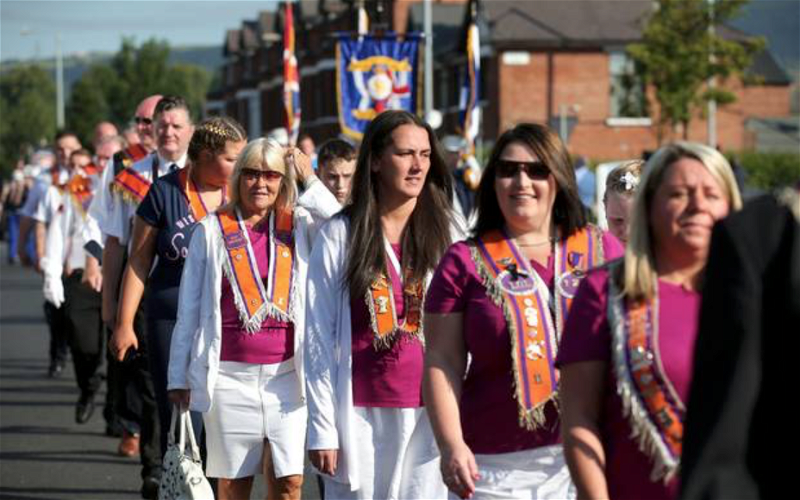 Glasgow City Council capitulated on Monday afternoon to a campaign of threats organised by the terroristic and bigoted group known as Call It Out.  They re-routed an Orange Order parade called to celebrate the Act Of Union.

Firstly, it’s a lunatic decision even by the low standards of Glasgow City Council.  The parade has been going since 2011 when the final part of the route was High Street, Saltmarket and enter Glasgow Green via the McLennan Arch.

The route was changed in 2013 at the behest of the police and the council’s Processions Officer to instead go along London Road and past St Alphonsus church.  From then on there was not one objection from anyone to the route – not police, council, catholics, republicans, councillors, residents association, community council etc.  No-one.

Secondly, the community in the Calton – a very mixed community between Protestants and Catholics it must be said – is now being held to ransom by the lunatic behaviour of the Call It Out group – a group totally discredited as a front for violent dissident republicans and religious bigots.  The council and the police have capitulated to this.  (BTW – the council sub-committee yet again had three nationalists – two SNP and one Green this time – deliberating over a Unionist parade.)

Thirdly, a large part of the council and Police Scotland’s argument is based on an a bystander shouting at the protestors outside the church – protestors who have poisoned community relations in the area.   The police report mentions shouts from supporters of an Orange march on May 18 past the church and then mentions rising rhetoric including the threat of pipe bombs and petrol bombs – but mysteriously fails to mention these are threats against the marchers; nor the hustling away of a vocal IRA supporter; or abuse from the protestors; or their organiser inciting them to challenge the police.

So, to sum up – the Council and Police banned a peaceful parade FROM THE ROUTE THEY THEMSELVES IMPOSED!

The Orange Order may now parade the route it originally wanted – but that by itself is to massively miss the point.  The re-route has been achieved by capitulation to a campaign of lies and threats by bigots and supporters of terrorism.

Let’s take this example to the football sphere.   Someone, somewhere, shouts Fuck The Pope, Fuck The Queen or Fuck Albion Rovers – does this mean their club has stands shut or points docked?  Does it mean that festival like T In The Park of Glastonbury get shut down down because a minority stab, slash and rape their fellow festival-goers and turn the venues into open air drugs markets every year?  If not – applying this kind of ‘logic’ – why not?

In the real world we have laws which ban murder – guess what, we still have murders.  The punishment imposed in a court of law on the law-breaker is the penalty – you don’t have fines or custodial sentences imposed on their family and friends.

The Loyal Orders – the Orange, the Apprentice Boys and the Royal Black are by far the most organised and disciplined parading organisations in the UK – the police widely acknowledge that.  If you seek to impose on them an impossible burden and then ban them because of a breach out of all proportion how can you reasonably refuse to impose similar rules for the conduct of football crowds?

And we all know that in Scotland there will only be one club consistently pulled up.