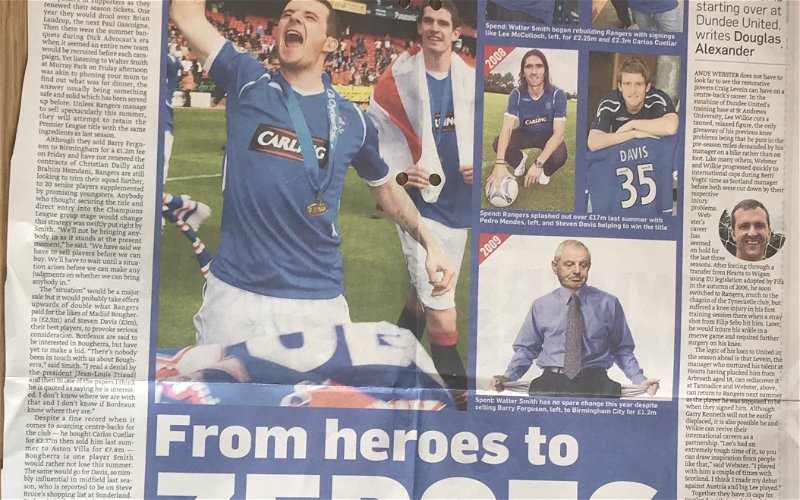 There are those who say the season doesn’t really start until the first Old Firm game is played.  In the calm before battle it’s worth casting our minds back to the summer of 2009 as we prepared for the campaign.

The bank forced David Murray to stand down from the chairmanship and the hunt was on for someone to buy his shares.

Walter Smith was into his second stint as Rangers manger – but his hands were tied for transfers.  Indeed, the only signing we made that year was the arrival on loan from PSG of winger Jerome Rothen.   A French  international with over two hundred appearances for Monaco and PSG under his belt, he would flop at Rangers with only eight appearances and earn the rather cruel nickname of Jerome Rotten.

However – Walter still had a fair old squad to choose from – McGregor in goal, Pedro Mendes would stay until the new year, David, McCulloch, Were as captain, Edu, Naismith, Miller and top scorer (28) Kris Boyd.

The Champions League would see us gubbed 4-1 at home by both Unirea from Romania and Seville.  We won the League Cup against St Mirren; went out in the quarters of the Scottish Cup to Dundee United – but we’d win the League! 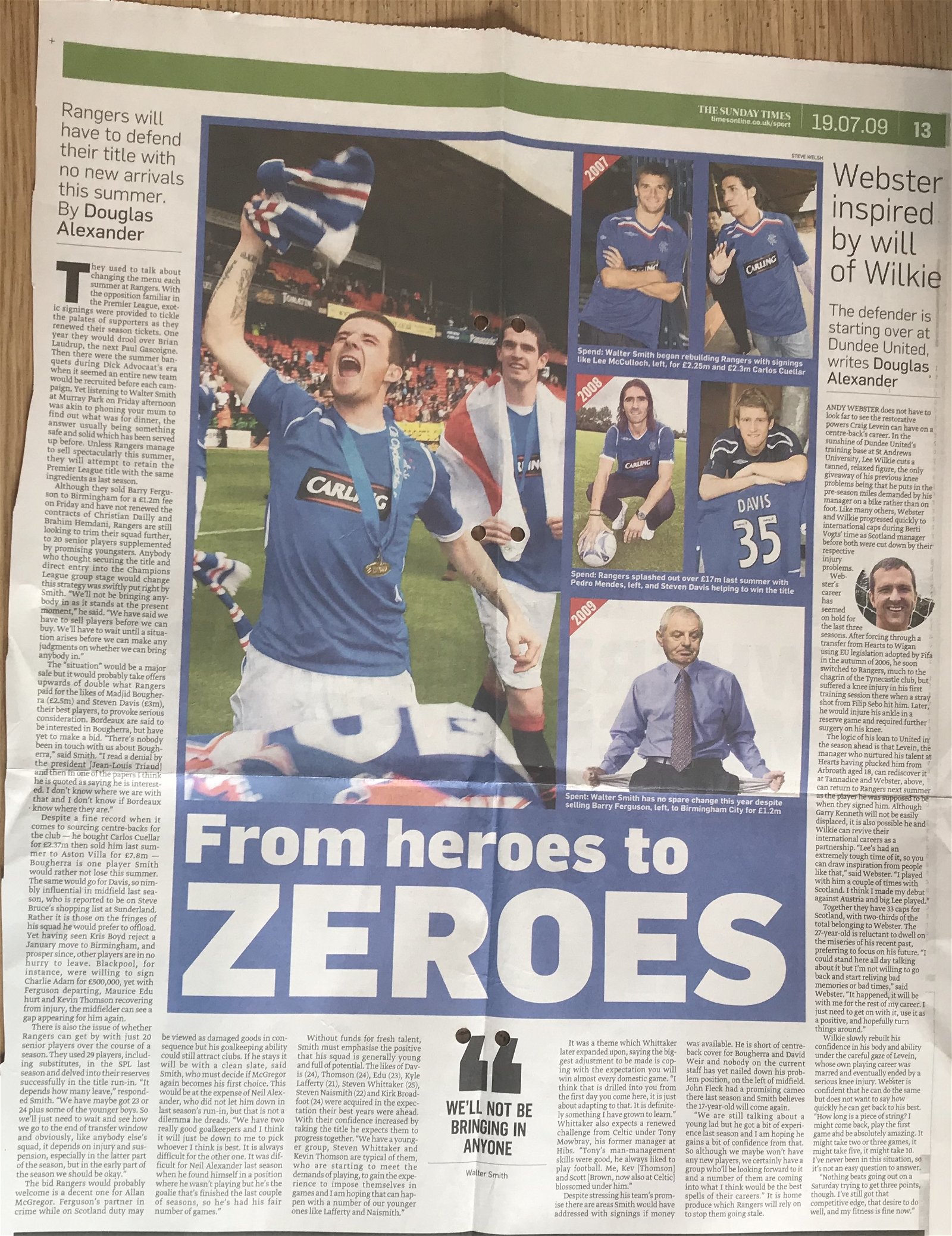