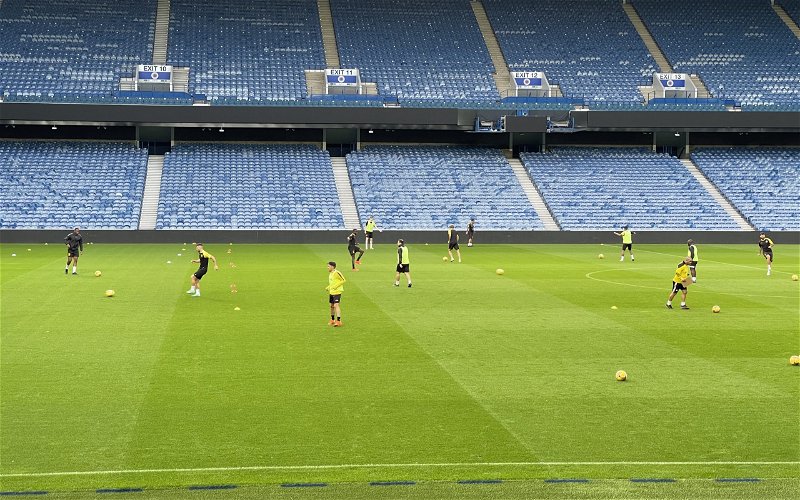 Rangers Europa League Opponents from Armenia Alashkert, founded in 1990 are a team familiar with Scottish football of recent years. Meeting St Johnstone in 2015 in which sae the Armenians go through with an away goal in aggregate.

In more recent times of 2018 they faced rivals Celtic in which Celtic beat Alashkert 3-0 home and away.

They have a fairly old squad which is average around 29 years old.

Last season they won their league with 5 points, which was from 13 wins, 7 draws and 4 losses over 24 games. They only scored 25 goals in that campaign and conceded 15 which seems really low numbers in comparison.

Speaking to someone who is involved with Armenia national football team at under 21 level.
He described captain who wears number 21, Artak Grigoryan as the “Armenian Kante.”

That’s not to say he’s N’golo Kante’s standard, so don’t take that out of context but at this clubs level he apparently bosses their domestic league in midfield. From analysis of their recent games I can’t see him causing much problems though apart from the tackling department which was alao apparent watching them train at ibrox and seeing the tackles he was putting in against his own team mates in a light training session.

At the press conference I had the pleasure of interviewing Alashkert’s new strikerJose Embalo who wears number 20. He is a strong and fast player but he’s very one footed at times from what I’ve seen and always tries to get the ball on to his left foot.

Any player with pace is usually a threat to most teams and at the press conference Jose was very confident in his ability and his teams game plan. He went on to comment that they have seen some weaknesses in Rangers squad and they wish to try and exploit it so it will be interesting to see how the tie plays out.

Also at the press conference was manager Aleksandr Grigoryan who echo’d Jose’s confidence and belief that they could cause an upset against Rangers.

He knows the task is going to be difficult and is keen to get their away tie over with and homeward for the return leg.
During their training session I watched on as he done keepy ups back and forth across the pitch whilst his team trained behind him showcasing his own footballing skills.

Another couple of players of interest worth mentioning is David Khurtsidze  who wears number 27, he is a former CSKA Moscow academy player and arguably their best threat from midfield. Scored a couple of goals against Connahs Quay. He is predominantly left footed and not scared to have a shot.

The other worth mentioning is team mate Artak Yedigaryan who wears #17. He is a former player who returns to the club.

After reviewing analysis of recent games this season so far I have saw central defender Didier Kadio who wears number 5 as a player of weakness and he can be quite error prone with some of his passing. Some of his defending he over commits to balls and can seem either excited or aggressive, I personally see Kent having a field day with him as he normally plays on the right of a flat back 3 which means the two players should see eye to eye.

Without going too in depth on more of the defenders I have witnessed Alashkert’s full backs commuting high and going to far forward whcih has left the 3 centre backs in recent games on their own. This can leave huge pockets of space for our own full backs to over lap and cause problems and leads me on to my next point.

I personally feel Alashkert don’t deal with crosses well or loose high balls in and around their penalty area. From the analysis it is apparent that they have conceded goals from freekicks and failed to clear balls in similar situations. This is an area I feel Rangers centre backs or tall players can capitalise and score goals.

Another couple of points on a similar subject is how slow Ashlekert have been to win second balls in various circumstances all over the pitch. The other point is their midfielders work rate which has been slow/sluggish and too high up the pitch in recent games which has created huge gaps between the defence and midfield.

I think they will treat this tie differently and forsee them leaning more to a 541 with Captain Artak Grigoryan patrolling the area infront of the defence.

I suspect Ashlekert’s dream result would be trying to get a win from counter attacks or take a draw back to Armenia.

From the footage I’ve reviewed and the standards between the two sides, I personally can’t see past a Rangers win and think Rangers should win comfortably if they stick to their game plan.