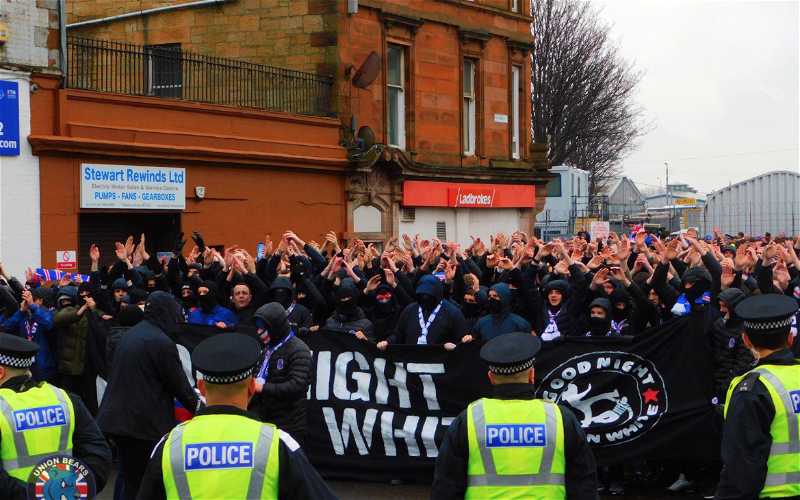 There are times when I feel I’ve entered an alternative reality when reading about football on the internet.   The aftermath of Sunday’s Old Firm match is a case in point.

Timothy hailing it as a masterclass of skill and tactics,  far too many Rangers fans (yes, real ones not Timposters) writing as if we hit rock bottom.

My own thoughts now are pretty much what there were when the match finished.  An entertaining if not classic game we could have won if there had been more leadership on the field.

Considering the season the season we’ve had – losing one manager, the farce of the McInnes non-signing and some of our performances – not getting a tanking was always, realistically, going to be a good result and anything else a massive bonus.

As a support we’ve been a little demob happy following the winter break – a good tourney in Florida, decent signings and improving performances.   I couldn’t believe how many Bears thought we were going to waltz the match – I never thought that was on the cards.

In the clear light I’m still pretty perked up by the result and performance – it needs improvement tactically here and there, the squad needs strengthening, the good loanees need turned into signings – but we’ll get to the end of the season with the prospect of European football.  I’m a glass half full kinda guy.

The game itself didn’t tell us an awful lot we didn’t know.  It was almost an Old Firm cliche – a game of two halves with the first the minutes absolutely frenetic – and well done to referee Willie Collum for letting play flow.  And that opening minutes finished with Morelos office after a fine drive up the pitch.

As an aside it’s worth noting that considering the furore about the Union Bears march not one SNP or Green councillor or MSP has raised the issue of the Celtic fans songbook heard distinctly around the globe on live TV – most of which consisted of praising IRA death squads.  Amazing!   I’ve got it Sky+ed if Nichola and Patrick want to fire round for a bit of research.

The next ten minutes settled down into a bit of chess match but it was a worry we started to give Celtic so much space.  Our opening goal was a peach and the fans went potty.   Two chances quickly followed and I can’t believe Brendan Rodgers kept Boyata on for the whole game – or that we didn’t exploit his weakness more throughout the game.

The main worry for me from the game was two-fold – we had 35 minutes to exploit a 10-man situation, and although Celtic’s winner was well-taken it came as a result of a defence allowing a long pass in front of them and the receiver to pick his spot without any pressure from two men in a position to do so.  They both stood off him and their positioning was poor.

I don’t think you need a particular strong captain to rally the troops to take advantage of ten-men – it should be second nature – stretch the defence, that doesn’t mean endless passing in front of them or hit and hope high balls.   It means people taking on the responsibility to attack through the defenders and into the danger area.  It means pressing the ball-carrier and sticking in challenges.

Criticise Morelos and his miss all you want – we know he needs a fair number of chances in every match – it’s the creation of the chances that was the real problem on Sunday.

We remain a work in progress but Sunday showed real improvement.