Thoughts on Walter and the game 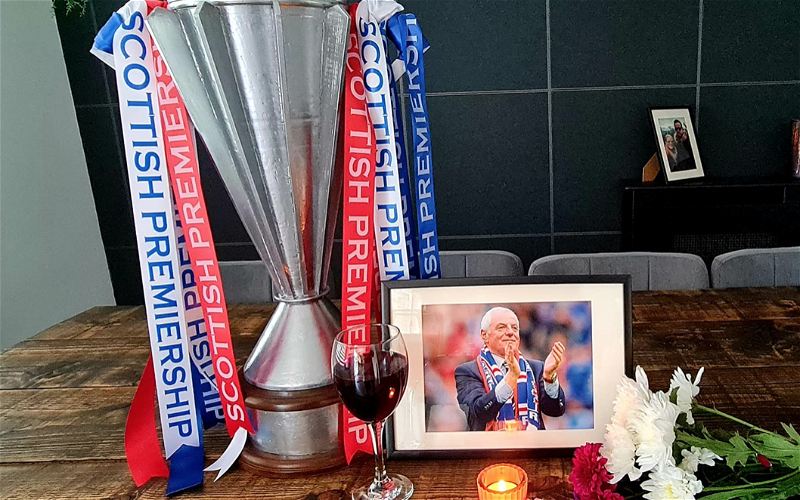 When I started to write this preview, I did so with the intention of looking ahead to what is the last of the fixtures in the first section of the season. We’ll now have played everyone, so it was a chance to reflect too on a topsy turvy start to the defence of our title. But then I got the numbing news that the greatest Rangers manager in my lifetime, Walter Smith, had passed away.

I had the absolute honour and privilege to work with Walter on some notable contributions to some books I’ve written. We spoke a couple of months ago, and I will always cherish the chats we had. He was engaging, humble, and humorous, but what came across more than anything was his love for Rangers. He also never sought credit or a pat on the back for what he achieved, preferring instead to emphasise the role his players had played in the success we had while he was at the helm.

Walter oversaw one of the most successful eras in the club’s history and managed one of the greatest sides we’ve ever had, the Treble winners of season 1992/93. It was Walter that tempted Gascoigne and Laudrup to Ibrox, and let’s not forget that he was the one that reinstated our greatest-ever goalscorer, Ally McCoist, to the starting XI after a year on the bench under Graeme Souness. That gave rise to arguably the finest striking partnership Rangers has ever had as Walter teamed up Coisty with Mark Hateley and the success of that era was built on, amongst other things, the goals that pair scored.

Walter won ten league titles as manager in his own right, but the contribution he made to the three wins under Graeme Souness cannot be underestimated. Walter was a huge part of our rebirth back in 1986 when David Holmes brought Graeme in as player-manager. His appointment as Graeme’s assistant was a masterstroke.

Walter has played a part in our current success too, with Steven Gerrard often talking about conversations he had with Walter as he tried to follow in his footsteps. When it was first announced that Walter had gone into hospital, Steven told us that Walter was an ‘iconic figure’ and ‘still plays a massive part at this club’. Steven also referred to Walter when we clinched 55, saying that he had hoped to have him at Ibrox as part of the celebrations when we were presented with the trophy. He did say he hoped to get a photograph of himself with Walter and the trophy, but sadly that didn’t happen.

At the time of writing, it’s unclear how a packed Ibrox will be afforded the opportunity to pay our respects to Walter when we face Aberdeen. But whether it be a minute’s silence or a minute’s applause, you can be certain that the Rangers supporters will stand shoulder to shoulder and pay a fitting tribute to a bona fide legend. Our thoughts are with Walter’s family and close friends at this time.

In terms of the game, it’s an opportunity to keep the momentum going after the wins over Brondby and St Mirren. Allan McGregor may return in goal after being rested at the weekend, but Steven may be tempted to stick with the same ten outfield players for the third successive match. With both Roofe and Morelos scoring at the weekend and Ianis Hagi continuing his fine recent form, it’s unlikely we’ll see any changes in the forward line. The same can be said of what is becoming a more solid-looking back four. The only alteration may come in the heart of the pitch, with Glenn Kamara perhaps stepping in for Steven Davis.

Aberdeen are always a tough nut to crack. They haven’t been in the best of form of late – the win over Hibernian on Saturday ended a run of 10 games without a win – but they always raise their game when they face Rangers.

Let’s enjoy this one, get three points, but most importantly acknowledge the magnificent contribution Walter Ferguson Smith made to our proud history. Legend then, legend now, legend forever. He will never be forgotten by all members of the Rangers family.