Young Gers in men against bhoys performance at Ibrox 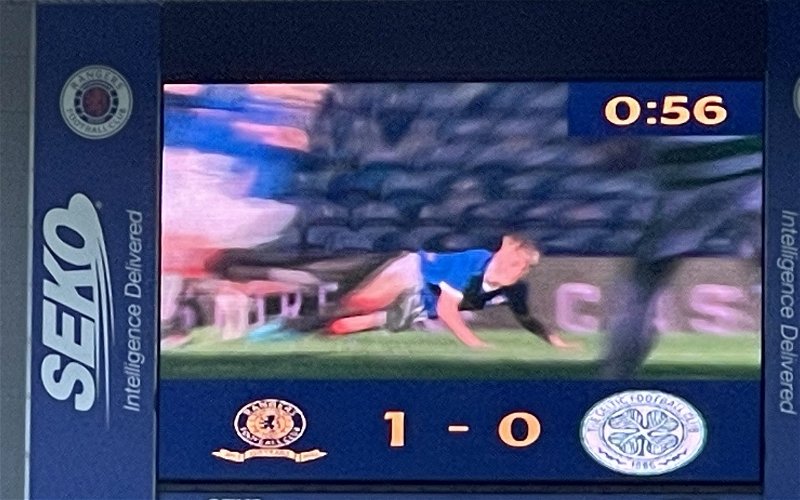 Players from near and far, with a wealth of experience of playing in competitive leagues and in toxic derby atmospheres, have come to Glasgow and found themselves shocked at the ferocity of the Old Firm rivalry. Players with years of experience and richer footballing pedigrees than the young players of the Rangers B team have floundered and shied away from the occasion of an Old Firm derby.

Whilst there is no real way to prepare any player for the intensity of the baptism of fire an old firm game provides, today was the closest you can get to the real thing.

What transpired at Ibrox today, took the boys of the B team and made significant inroads into their continuing transformation into men ready for first-team action. Whilst three of the starting XI today have already tasted the prize of first-team involvement, today made a case for more to make the step up.

Celtic B came into this game second in the Lowland league table looking to cement their position as best of the rest behind runaway leaders Bonnyrigg Rose. Rangers were three points behind the young Celts in fifth place albeit with a game in hand.  After what was a resounding and comprehensive 3-0 victory for David McCallum’s side have jumped up to third place in the table, level on points with East Kilbride, with two games in hand.

David McCallum made four changes from the team who triumphed 2-0 over Queens Park in the Glasgow Cup. Adam Devine, Ross McCausland, Leon King and Tony Weston all came into the fold for what was a game of monumental importance.

Celtic kicked off and no sooner had they done so, Ross McCausland pounced on a slack pass back from the Celtic B right back, stealing possession, driving into the box and firing a powerful shot beyond the helpless Oluwayemi in the Celtic goal.

Celtic scrambled to find any sort of rhythm after going behind within the first 30 seconds of the game and much of their passing and build up play was disrupted by a relentless press from the young Gers. Alex Lowry came close minutes later after getting the ball in the box and beating a defender before his shot at goal was blocked.

It wasn’t long before Rangers were knocking at the door again with Alex Lowry winning the ball in the middle of the park before playing an exquisite through ball to the onrushing McCausland but his shot was tugged ever so wide.

Celtic really struggled to break forward and get out of their own half with Rangers going for every ball with an urgency and sense of tenacity that was completely absent from the opposition’s play. After a first ten minutes that left Celtic B in disarray and completely shellshocked Alex Lowry capitalised on Rangers’ dominance in the 14th minute. Following a superb run from the halfway line with options to his left and right for a pass, he opted for the spectacular and rifled it into the net from 25 yards out. It was a phenomenal effort from the youngster giving full justification to his involvement with the first team squad.

As Celtic tried to recover from the blitzkrieg first 20 minutes, Rangers refused to let up and in the 23rd minute, young left back Robbie Fraser played an exceptional ball through to Tony Weston which curved just agonisingly out of the reach of the Celtic defender into Weston’s path, the quality of the ball in cannot be understated and it was this quality that gave the young Rangers number the luxury of being able to take his time before poking the ball into the bottom corner with Oluwayemi left clawing at thin air.

Mackenzie Carse of Celtic was booked for a pulling back Lowry as he looked certain to break away from the midfield and give his team a real chance of going even further ahead. Adam Devine struck the post late in the first half after a superb piece of individual play to work the ball into the opposition box.

There were no changes at half-time and whilst half time talks are usually utilised to galvanise and regroup for teams who have been under the cosh in the first half, many would have been wondering what was said in the away dressing room. Rangers started the second half with the same tenacity and bloodlust that had seen them establish such a resounding lead in the opening half hour.

Adam Devine and Ross McCausland combined to good effect with clever link up play resulting in a good attempt at goal from Devine but his effort drifted agonisingly wide of the post shortly after the restart.

Celtic and Rangers both made changes at various points after the hour mark but the changes did little to influence the balance of play. Wave after wave of relentless Rangers attacks had Celtic penned into their own half with any attempt to scramble out, suffocated, snuffed out and possession being lost to Rangers who hunted in packs mercilessly.

It wasn’t until the 72nd minute that Celtic bothered Rangers goalkeeper Jay Hogarth in the second half, which paints a stark picture of just how one-sided this contest really was.

In a rare appearance in the opposition half, Karamoko Dembele managed to get past Leon King in the 80th minute but his charge for goal was thwarted by Cole McKinnon who won the ball back with a precision tackle inside his own 18-yard box before clearing the danger.

There were chances created by Rangers in the closing stages with Robbie Fraser seeing an effort saved by the Celtic keeper and Adam Devine weaving his way towards the byline but his low cross evaded and fizzed across the face of goal, begging to be put away.

The full time whistle blew and Celtic would have been glad to hear it. Rangers were ruthless on a day where they played in front of a crowd of near 10,000 spectators which is several times more than they would in a normal Lowland league game, but the young Gers handled the occasion superbly. Murray Miller was named man of the match for his anchor role in the midfield three, spending the entire afternoon, disrupting play, winning the ball back and ensuring the game was played to his tempo. Alex Lowry, Tony Weston and Charlie McCann all caught the eye as well put in performances well beyond their years.