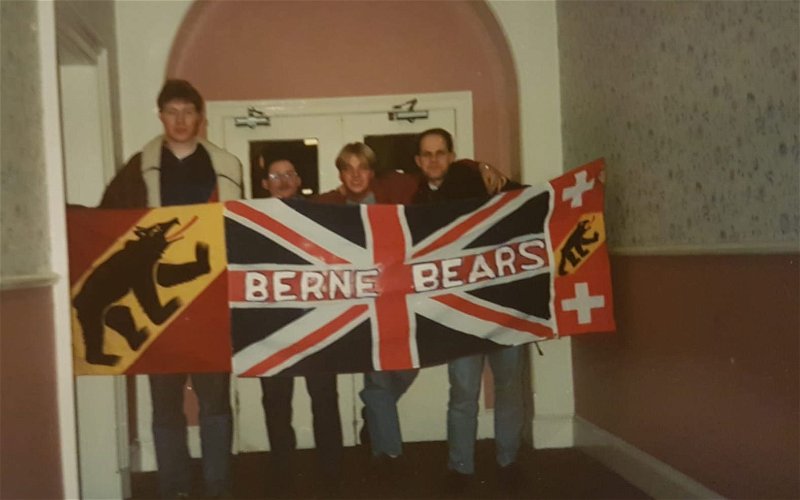 The Bern Bears first contacted us during he early years of the fanzine.  Their passion would last.

In this interview conducted in Bern club mainstay Matt talks about the Bern Bears.

Over the years they’ve come in numbers great and small – accountants and lawyers, gardeners and penpushers.  The core group has grown a wee bit, some came over one, most have been fairly regular.

Other spellings of Bern are available.

Matt, Danny, Alex and Bok have been the hardcore – even though Bok now spends most of his time as a wine importer in Argentina – a dream job for most of us. 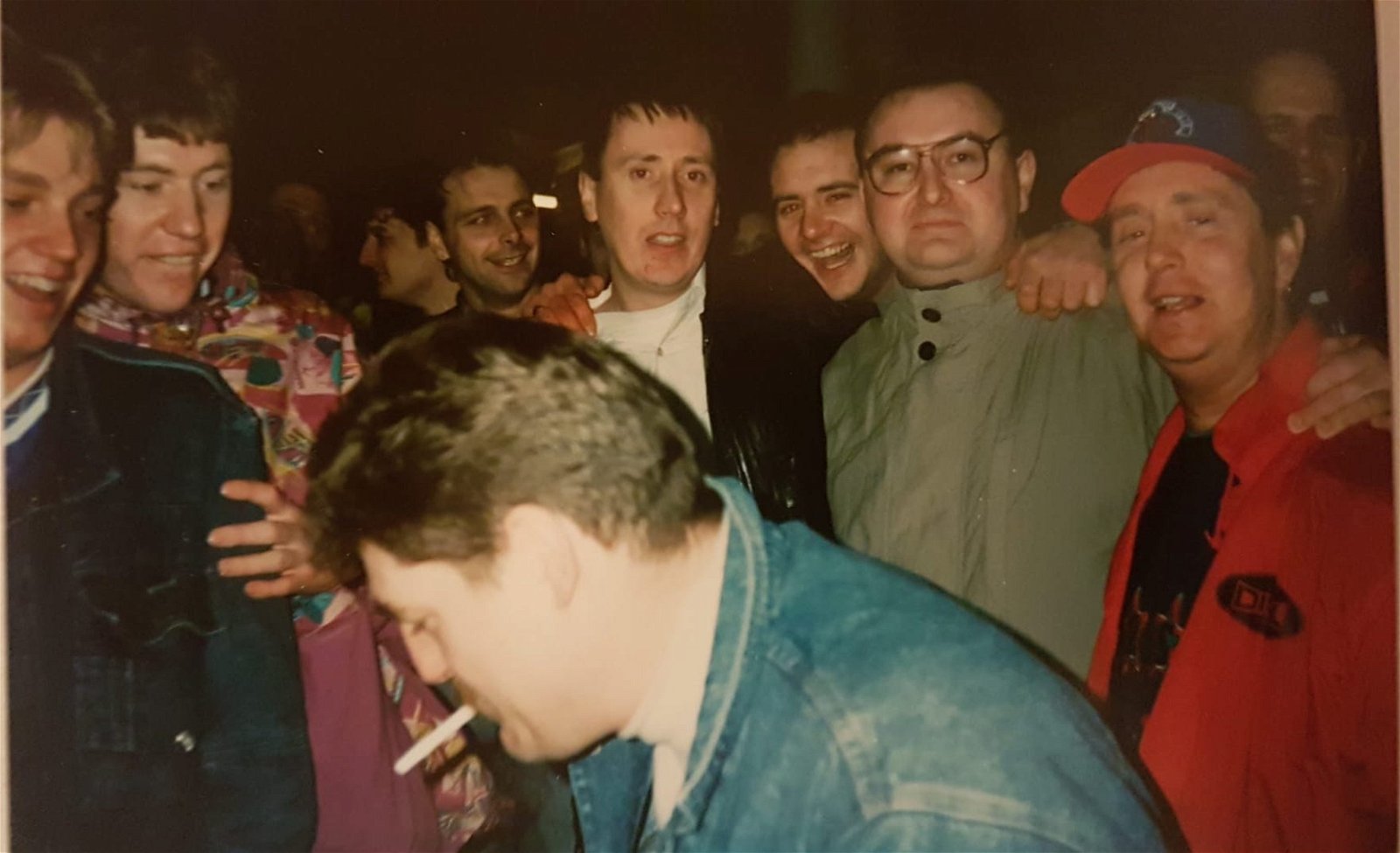 Danny and Boy celebrate with the Rosevale Posse, including me modelling a pair of Denis Taylor specs.

A lot of European football fans have a British club to support, these guys chose Rangers and have stuck the course – and have now been rewarded with a doubleheader between their two favourite teams! 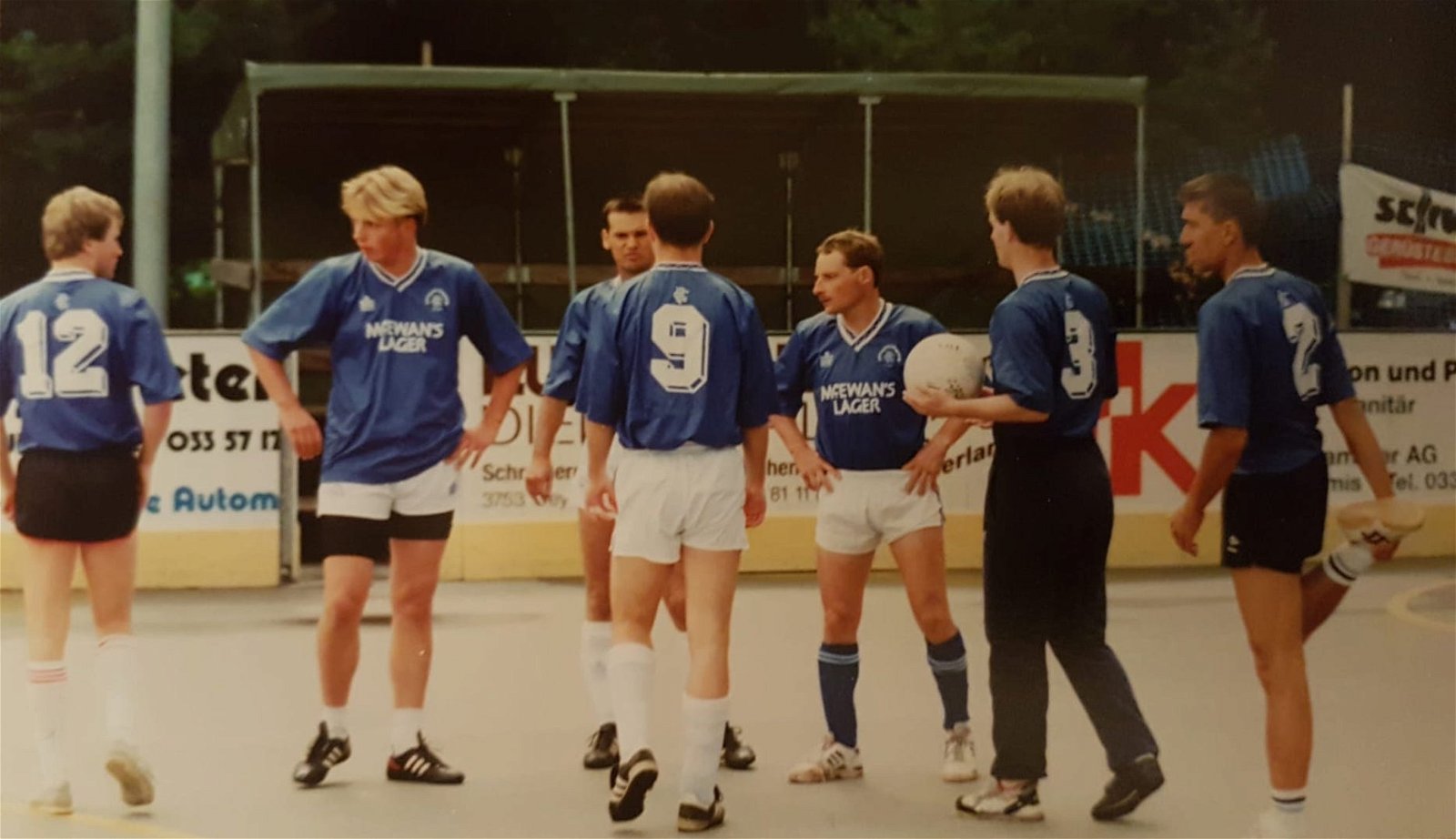 Shorts were tighter long ago.

Sometimes they’ve come over in a large well-organise party – a few times the first time I’ve known they were coming when they sauntered out of Ibrox underground. 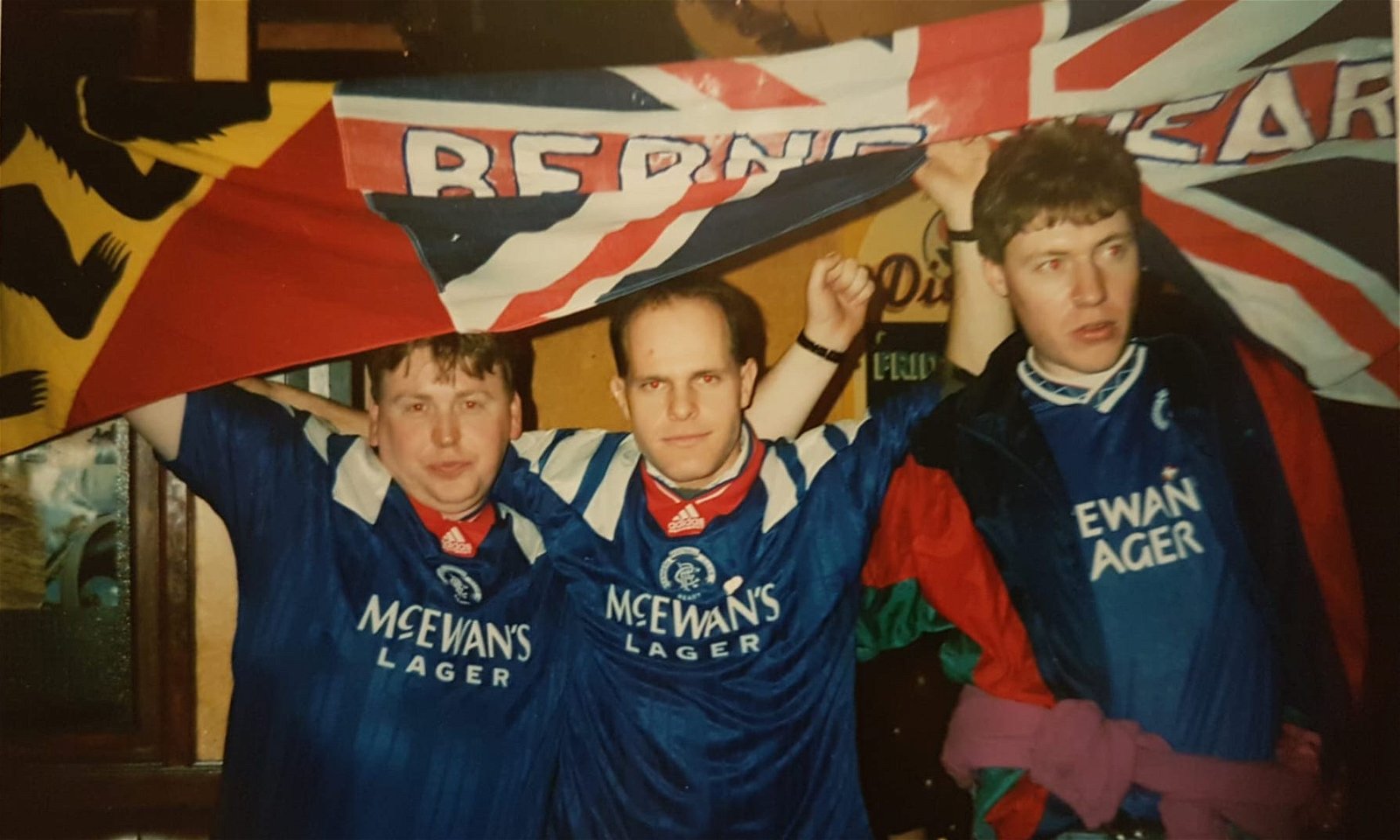 Drink has been taken.

It’s been great fun – one of the best New Year house parties I’ve ever had was with these lads and lassies visiting me. 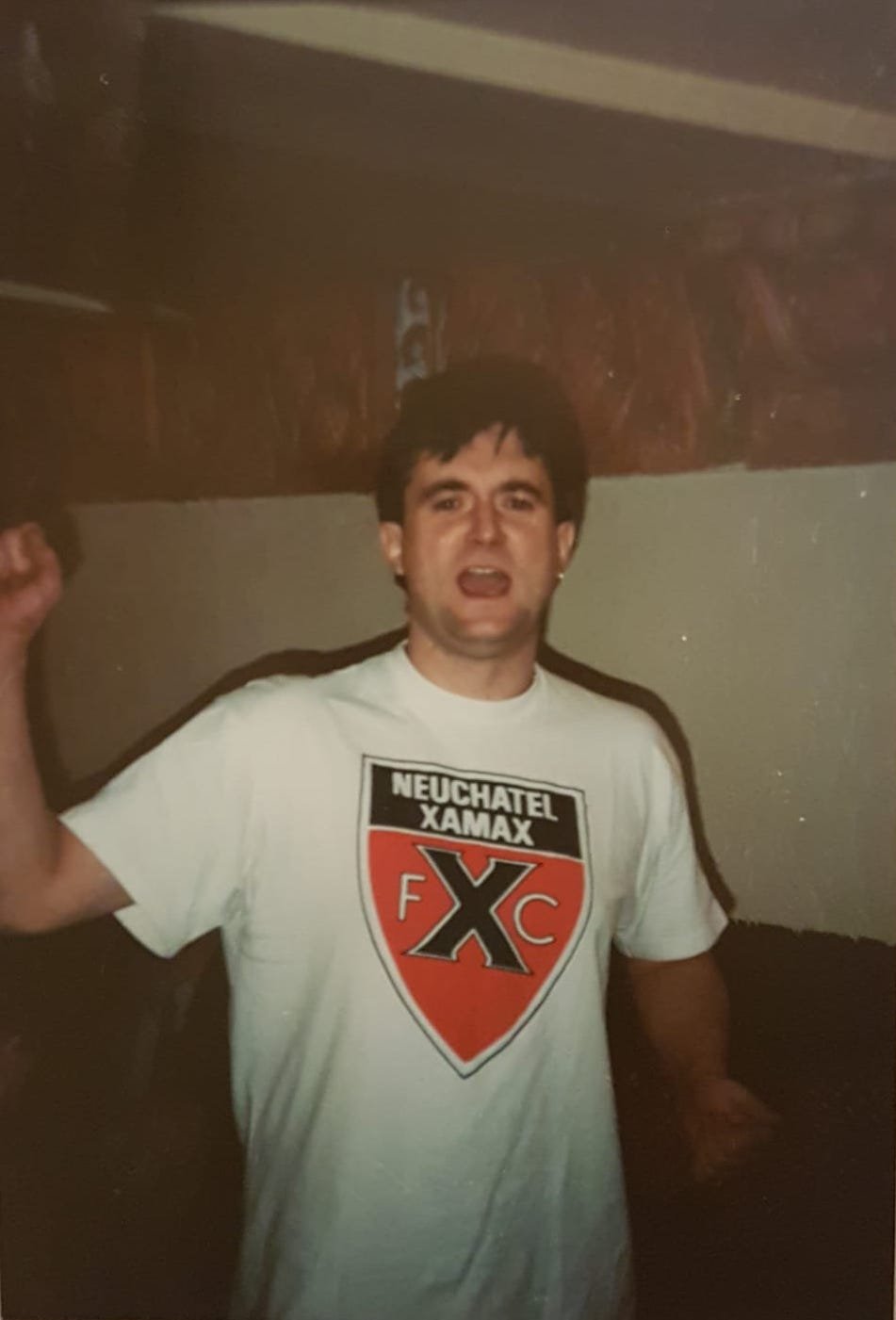 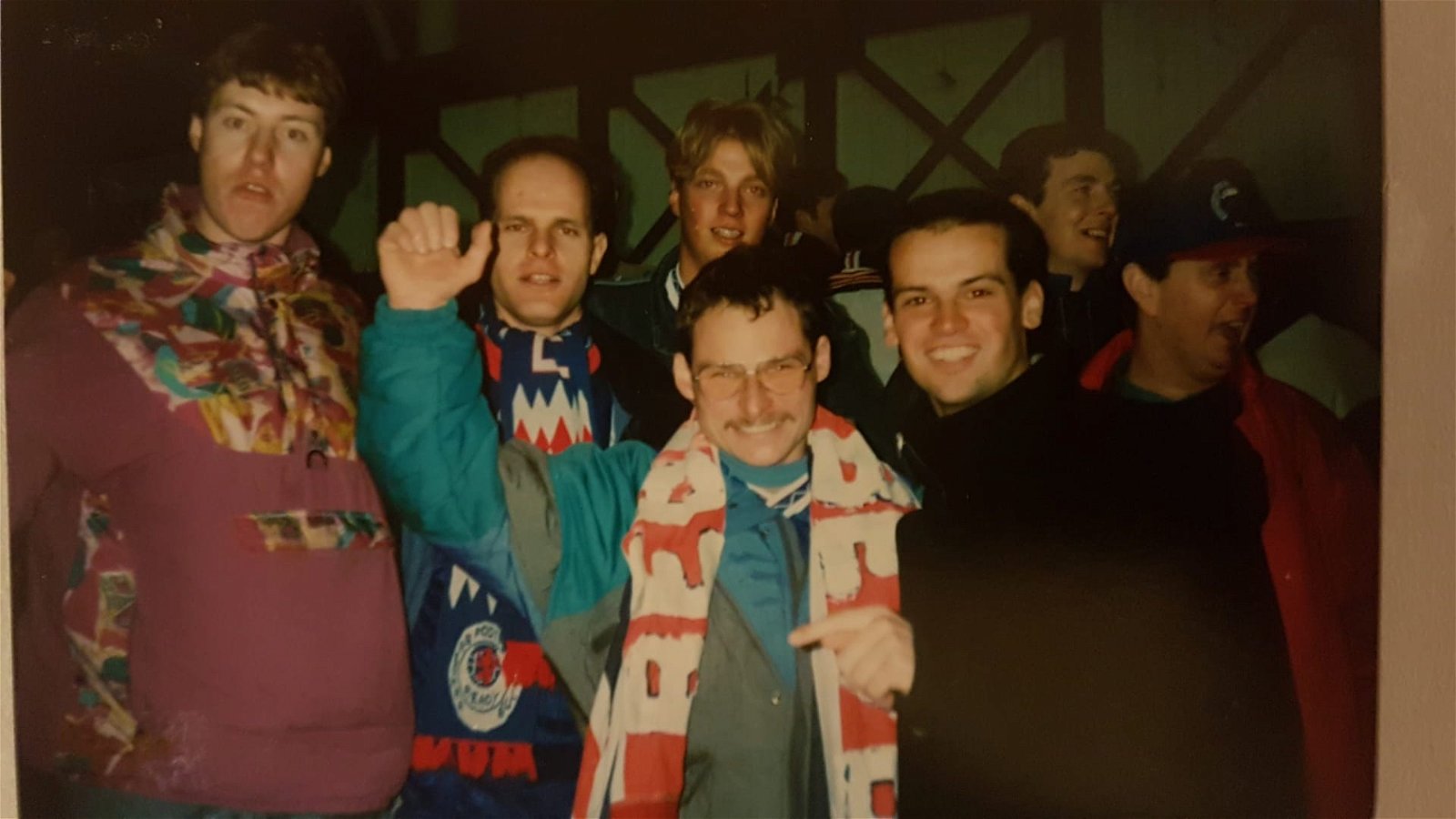 In the East Enclosure with Danny sporting quality ski clobber.