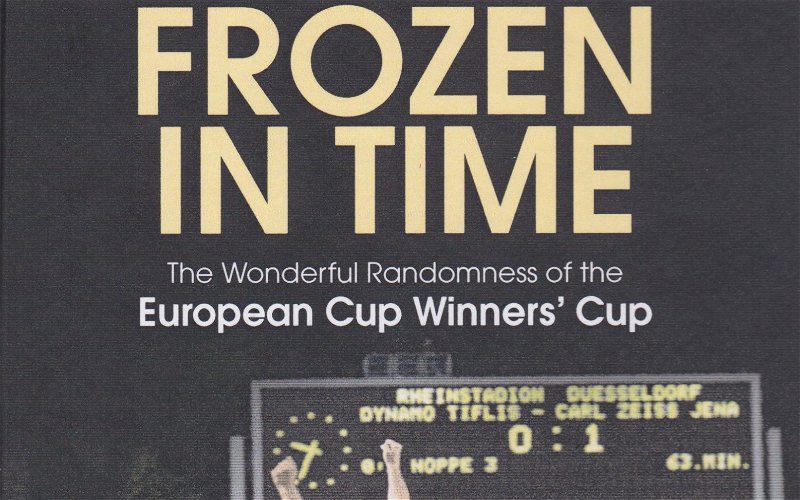 Steven Scragg’s book is a little unusual.  It doesn’t go for the straight-line view of history, merely listing the results and taking them one at a time.  He jumbles them up and concentrates his chapters on issues which he taken particular interest in.

Rangers, of course, have a deep association with the competition – taking part in the initial competition in 60/61 when Fiorentina won, being narrowly defeated by Bayern Munch in 1967 and winning the trophy in 1972.   He covers each of those three campaigns competently but not in huge depth.

The front page picture is of the Dynamo Tbilisi v Carl Zeiss Jena final in 1980 and he covers that campaign in detail in a full chapter – one in which Tbilisi trounced West Ham – he takes great delight in bringing to life a wonderful if now mostly forgotten team.

The competition throws up some unusual stats in it’s 39 years – no club retained the title despite 8 winners featuring in the final the following year – and from 10 teams competing in 60/61 we moved to 49 entering in 98/99 with the proliferation of former states of the USSR and, more importantly, the establishment and/or strengthening of domestic cup competitions across Europe.

By 98/99 the Champions League was having a tough impact on both the ECWC and the UEFA Cup and the two of them were dropped in favour of the Europa League with the UEFA dropping it’s two-legged finals in 97/98.

All in all it’s a fascinating book.