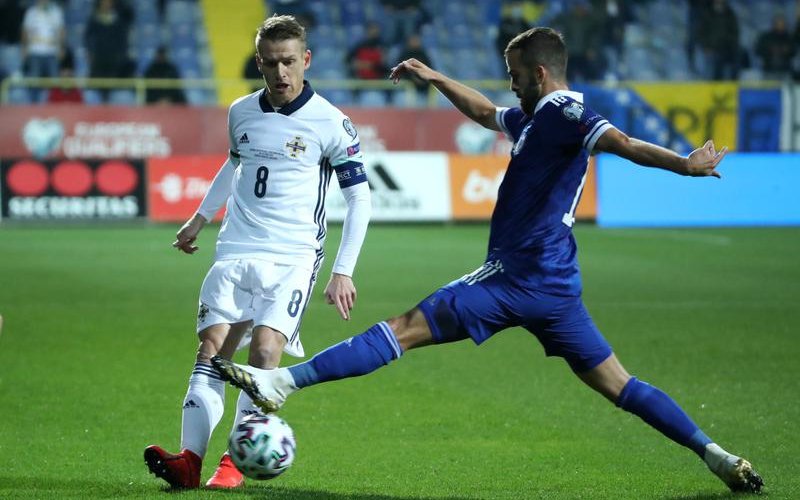 On a night when Steven Davis became Northern Ireland’s most capped player, he matched his 120th cap with 120 minutes on the pitch as the game went all the way in Sarajevo, leading to victory on penalties following a 1-1 draw in normal time.

The penalty shootout was a competitive first for the NI, with Hearts’ Liam Boyce converting the decisive spot kick to send the Ulstermen into a 12th November showdown v Slovakia, at WIndsor Park, with a place at Euro 2020 at stake…yes, same name despite the delay into next year.

Bosnia and Herzegovina took the lead on 13 minutes with a strike from Krunic following a costly slip from Jonny Evans. This theme continued during the first half, as several NI players struggled to get to grips with the surface, hitting the deck more than a handful of times. The hosts were in the ascendency for most of the first half but Ian Baraclough’s men rallied to recover in the second half.

The response came on 53 minutes. Niall McGinn slotted home confidently after a long ball from Craig Cathcart was flicked into his path by Josh Magennis. The Aberdeen man pressured two defenders to find himself with the ball at point blank range and he made no mistake.

For much of the last half hour, the game resembled a boxing match with both sides going toe-to-toe in an open, evenly matched encounter. The pace slowed into the last 10 minutes and extra-time was played out in a stalemate. Changes were made by both coaches but the tie was to be decided from the penalty spot.

From a Rangers perspective, Steven Davis played the full game, as expected. This will be followed up by another two games over the weekend with the NI captain facing a tough schedule, ahead of next week’s visit to Parkhead. Steven Gerrard will be looking on with interest. Jordan Jones was introduced to the game on 82 minutes. He was bright and lively, with a trademark run and strong shot forcing a smart save from the opposition keeper.

Interestingly, strikers Boyce and Conor Washington were brought on to the pitch in the last minute of extra time, for the sole purpose of taking a penalty, each. The bold move paid off as both players converted.

The victory was secured on a night when Northern Ireland secured redemption following an abject showing against Norway in Belfast last month, but the main story and main man tonight was the captain, Steven Davis on his landmark 120th cap. 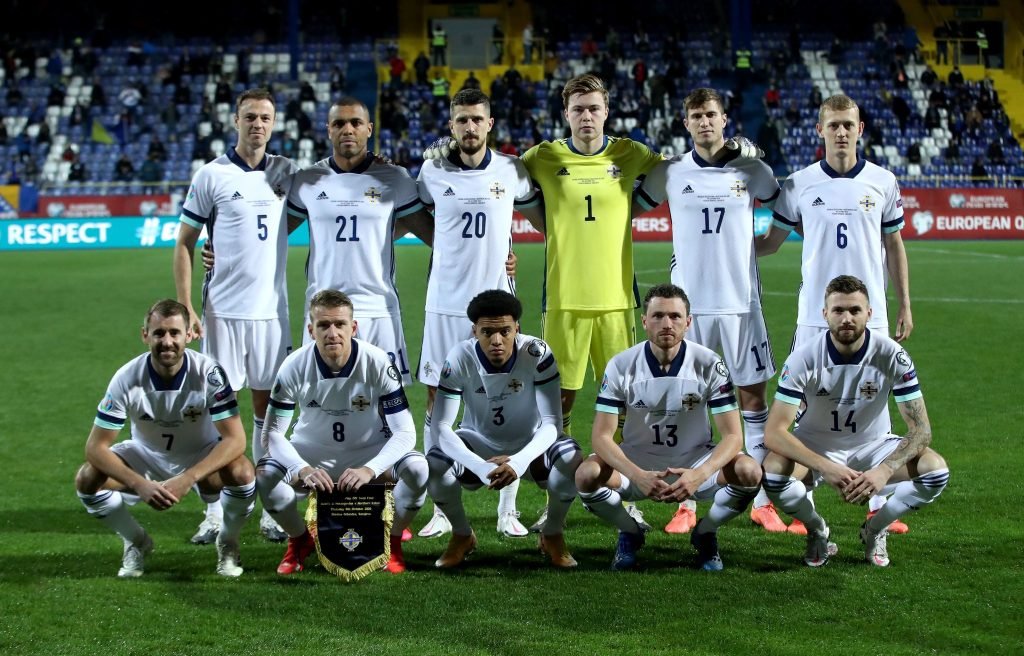 Generous words, tributes and praise were rightfully dedicated to the Cullybackey man prior to the game but he will be glad that it will be looked back on positively after a vital win potentially leading to another next month which would secure an unprecedented consecutive European Championship appearance.

From his debut under Lawrie Sanchez in 2005 through to Euro 2016 in France under Michael O’Neill and beyond, Davis has excelled and led by example during the good, bad and indifferent.

This was a special night for the skipper but there is still more to come. “ It was incredible for me but it was all about the team, we’re delighted to get the win,” Davis told Sky Sports post-match. “It shows our mentality how we stayed in the game then once we got to grips with Bosnia, we showed what we are about and went on to get the win. It’s a huge personal achievement, but I can enjoy it now and look back with fond memories”.

120 not out for Steven Davis of Rangers and Northern Ireland.